Please refer to our Privacy Policy for important information on the use of cookies. By continuing to use this website, you agree to this.
Home Longreads Roundtable: India’s Comms Heads Grapple With Changing Roles 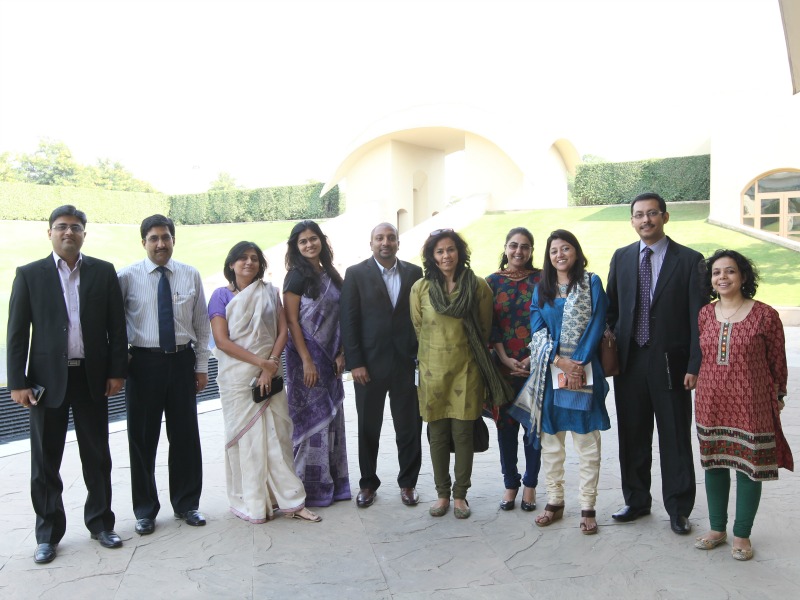 The Holmes Report recently partnered with Waggener-Edstrom for a roundtable that featured some of the country’s leading corporate communicators.

Few countries are experiencing the kind of profound public relations change as India, where economic development and a media explosion has brought with it numerous challenges for organisations trying to get to grips with an era that demands heightened levels of transparency.

To explore these critical shifts in greater detail, the Holmes Report recently partnered with Waggener-Edstrom to convene a high-level roundtable in New Delhi that featured some of the country’s leading corporate communications professionals.

Unsurprisingly, the discussion was frank and eye-opening, ranging from the fundamental changes in the nature of influence, the dramatic impact of social media, the requirements of public relations agencies, to the challenges posed by more increasing community activism.

A full overview of the discussion follows below, including video excerpts from the panellists in attendance.

‘I don’t know who the influencers are’

It became quickly apparent that these are times of profound change for the role of corporate communicator in India. A combination of developments - including an evolving media landscape, an uncertain regulatory environment, and increasing consumer and social activism - mean that corporate communicators now find themselves painting on a very large canvas. One where, increasingly, broad brushstrokes must be replaced by a more precise application of science and art.

Or, to put it another way, corporate communications in India is now about much more than just media, expanding to include the full scope of digital communication, corporate affairs, regulatory policy, marketing, research and sustainability.

Rahul: There were some people who used to create messages for the audience. Today it has clearly changed. The person who is receiving the message is also the communicator. And I have no control. I don’t know who the influencers are. So what do I do?

Rangachari: We are deepening a brand ambassador programme within Ericsson. We want to ensure the employees play a far more significant role - so some part of the battle is won. Making them reasonably responsible for the messaging to increase that level of ownership. That’s no easy game. If you don’t have control you can empower as many people as possible.

Sharda: One significant change I am now seeing is that we as senior communicators have to reach out to a much larger audience within our companies, because these are the guys who are actually influencing decisions at a customer end, but are also influencing the opinion they are sharing with their own set of external audiences.

Mozumdar: A lot of people call it the churning. In a way it’s a huge opportunity. Some of the set patterns in India are being questioned. I see a huge role in terms of informing this debate. When people question, they seek answers. In that context, I see communications agencies playing a big role. For all communicators, one of the challenges is to exploit the situation to see if some of the traditional immovables like, say, power reforms or regional integration - can communications use this entire churning to change the narrative on some of these issues. There is a huge opportunity for us as communicators.

Anand: I feel that communications is becoming much more advanced because there is a huge expectation for business to behave like corporate citizens. I don’t see that reflected with our service providers, the agency world - I think they are way behind the curve.

Talk soon turned to the rapid emergence of social media in India, and the corresponding impact on communications. As Sen pointed out “in a manner, it’s a business as usual but, suddenly, those conversations are ripples you can see and measure.”

“The struggle,” added Sen, “is the authority versus the majority.” That comment sparked a lengthy debate about how new technologies are affecting behaviour in India, and how our panel of communicators are responding to some complex changes.

Sharda: We’ve always felt that media relations is critical for us, but I think social media is even more critical now. A lot of the media are getting their story ideas from social media. We stayed away from it for a long, long time. Slowly it’s started impacting us. If you are not part of that dialogue then, probably, we are missing the race in one way or another. Whether we like it or not, it has entered our living rooms.

Chatterjee: It is the individual (employee) Facebook and Twitter pages where people post their individual perspectives that may in the future get a lot of people tracking, listening and understanding, rather than the firm-wide pages.

Rahul: It is always seen with a pinch of salt. There is an agenda of promoting the company and its products whereas, when it comes to the individual, he is saying that I believe in this. If you can trust me, believe in it.

Dutt: There’s this goldrush towards social media. At Philips we are taking a good look internally at how many of us are qualified and equipped to handle the communications style of this media. If you suddenly empower a thousand-plus employees you need to take a step back. To me it is also a matter of what you are doing on-ground and what you are doing in the digital space. You can’t really be two different characters.

Handa: Look at Apple. It doesn’t empower anyone to say anything about them. But they have the most fantastic image. The debate is still open as to whether empowering employees is the way to go.

Chatterjee: There’s a company I know where they have said that every person working for us is an ambassador, so all of you please go out and talk to media.

‘What can be measured can be bought’

Put a group of senior communicators into a room and the topic will soon turn to measurement. Rahul posed the quandary eloquently, noting that digital influence is open to manipulation, making credible evaluation difficult, if not impossible.

Rahul: The problem is numbers still excite everyone. Percentages are seen as the most common way of representing your success and failure. And many times they are a bad representation - they can hide everything. The other thing which has happened is, especially in social media, everything can be bought. What can be measured can be bought. And people have started to question it. What’s the point of measuring anything then?

Rangachari: We need to spend some more. How do we measure in an integrated way?

Dutt: As a product company it becomes very difficult for us to create any excitement around a product launch. We had two big launches this year. One we did with the traditional route. The second one focused only on audio bloggers. This is the first time in my history at Philips that a local launch has gone all the way to Amsterdam, HQ has actually sat up and noticed. Whereas if I’d done a traditional launch, I would have waited a week, 10 days for gestation. Whereas this was really quick.

Agencies in the spotlight

How exactly can the agency world helps senior communicators overcome these obstacles. Our panellists called for more depth (although this sparked a robust debate) and a much better understanding of content, while acknowledging that, these days, agencies should not be content with speaking to the communications function alone.

Sen: If you don’t have audience discovery or influencer mapping, if you don’t have channel identification or content - and these three in balance - you cannot have a campaign that runs. Yes, sometimes, these balls are dropped.

Rangachari: What fascinates folks about agency life is the whole spread of different agencies. Therefore it is very difficult to capture depth.

Sen: If you don’t focus on industries, you are not going to be able the client a consulting proposition, you’re only going to be able to offer arms and legs. You can’t have a technology specialist trying to figure out finance.

Handa: I would like to say we are all renaissance people. When I am looking for my agency, I am actually not looking for a tech agency, because I need to talk to my consumer. I don’t look for just a specialist. That means depth and breadth.

Public relations in India is often characterised by an intuitive understanding of community concerns, in a manner that often puts other countries’ token CSR cultures to shame. Our roundtable included two senior executives - Mozumdar and Sharda - with an intimate knowledge of the social issues that can quickly scupper an organization’s goals in the country, which became the focus for a fascinating conclusion to the roundtable.

Mozumdar: There is a huge trend we are completely missing. It’s really about setting up business. In India, most of the news you see or read is about setting up something new and the pushback that happens whether it’s local people or otherwise. The World Bank through its projects spends around 100 crores every year on communications. There is hardly an agency that specialises in on-ground relations. There is a huge gap on that side and everyone is looking for help there. When I go looking for where to spend, I don’t have people to help me with that. It’s an area that agencies are ignoring.

Sharda: In Australia, for example, they actually reach out to communities much before they even go to the media. These NGOs and communities are becoming a big fact of life. Alright, there is an imbalance in ecology, but to build out infrastructure you need mother earth, in an sustainable way.

Handa: Our economy is going through a phase where natural resources are, for lack of a better word, being harvested. It is an experience that other countries have gone through. What was that scenario like? Their stakeholder engagement would be a real lesson for stakholder engagement here.

Mozumdar: This is a real cliche, but India is true and not true for everything. If you look at other developing countries, the governance patterns are very different. There are, to our East, countries where you don’t have this dialogue going on. Which makes the infrastructure development faster. For us to work, that dialogue is very critical. In our experience, when the community is involved way before the project is even started, when they have a share in the earnings, direct impact on the number of schools and hospitals - the project moves much faster in an Indian scenario.

Mozumdar used a Mumbai project that relocated 100k people as an example of an initiative that proceeded because of a sophisticated, enlightened public relations effort. He was asked whether the communications should be praised, or whether the affected people simply had no voice.

Sudhaman: Is there a risk if you don’t do that, the project will not happen?

Mozumdar: Of course. The pushback is severe. There are more examples of that than projects that have happened.