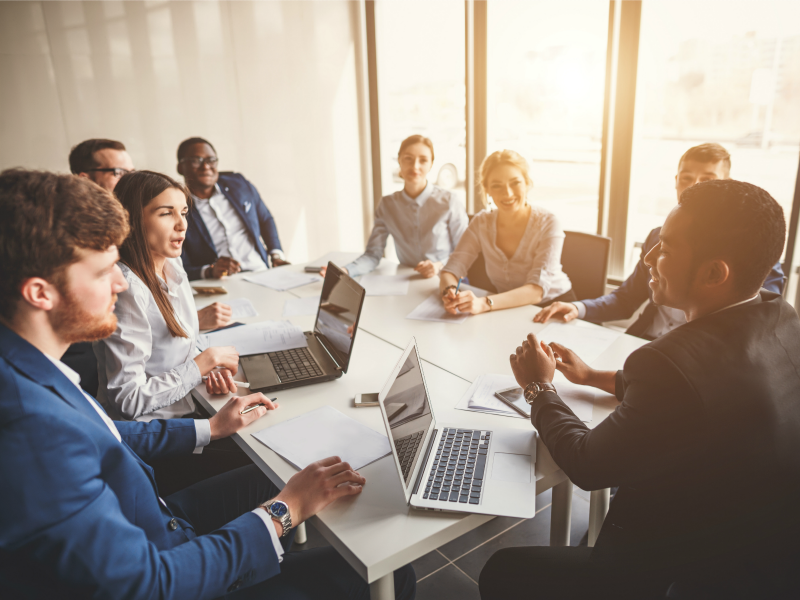 The industry has grappled for more than a decade with diversity initiatives that have made, at best, modest dents on a longstanding problem.

HP stunned the industry when CMO Antonio Lucio directed the company’s marketing agencies to take steps to improve diversity and then, one year in, published the not-so-stellar results.


The industry has grappled for more than a decade with diversity initiatives that have made, at best, modest dents on the longstanding problem. HP, however, tapped two things that might actually work in dealing with the issue — transparency and client accountability. In fact looking beyond the PR industry, in 2016 Thomson Reuters introduced its Diversity and Inclusion (D&I) Index that includes 5,000 companies — bringing a new dimension of transparency to the sometimes vague standards set around diversity. Several companies — like Google and Facebook — have also started disclosing details around the composition of their workforce.


While HP was unique in publishing the diversity metrics around its marketing vendors, it is part of a broader movement for companies to hold their partners accountable. General Mills and Lenovo have also called for their marketing agencies to be more inclusive. In this year’s Influence 100 (our global ranking of the most influential CCOs and CMOs), 81% of those who responded to our survey, agree their agency must have an ethnically diverse account team.


“Awareness is the first step,” HP CCO Karen Kahn said about the company’s program. “And if [diversity] is not a clear business objective, it becomes 'a nice to have'...Maybe we’re taking the glass half-full approach but we’re coming at this from a place of hope. We’ve also said, from the start, these numbers would be public so there’s the shame factor.”


In another example of transparency, more than 350 CEOs joined the newly-formed CEO Action for Diversity and Inclusion — including global CEOs from Edelman, IPG, MDC Partners, Omnicom, Publicis and WPP — who pledged “to have complex, and sometimes difficult, conversations about diversity and inclusion” at their organizations, implement and expand unconscious bias education and share “best—and unsuccessful—practices.”


Last fall, the coalition held its first CEO Closed Door Discussion which included CEOs from Edelman, Porter Novelli and Publicis. InterPublic Group also sponsored a PWC-led report on “Easing Racial Tensions at Work,” which shows that workplaces benefit from talking about race — but the organizations must foster these conversations.


Perhaps as an example of leadership taking steps to do this, Weber Shandwick CEO Andy Polansky and Porter Novelli CEO Brad MacAfee both issued statements last August decrying the white supremacist rally in Virginia that resulted in deadly violence and turned the United States' attention towards escalating racial tensions.


Where The PR Industry Stands


Among the PR firms, Burson-Marsteller has notable ethnic diversity on its global leadership team, which includes US CEO Mike Fernandez and chief business development officer Chris Foster. Among the ways Burson — and many other firms including Weber Shandwick Ogilvy, M Booth, Porter Novelli, GCI Health — look to achieve diversity is via employee resource groups (ERGs).


Interestingly, professional services firm Deloitte last year did away with ERGs in favor of “inclusion councils” to reframe these groups so white men could be part of the conversation.


Deepa Purushothaman who led Deloitte's women-focused ERG told Bloomberg. “A lot of our leaders are still older white men, and they need to be part of the conversation and advocate for women. But they're not going to do that as much if they don’t hear the stories and understand what that means."


Similarly, Porter Novelli CEO Brad MacAfee has cautioned against sidelining diversity programs. In a column for Huffington Post, MacAfee explained: “For many organizations, diversity and inclusion programs provide initiatives for affinity groups, training, onboarding and more. The concern I see is that these programs can run separately or parallel to the overall business rather than integrated into daily business strategy. The most senior ranks within an organization must embrace diversity and inclusion as a philosophy for day-to-day operations across the organization, not just outsourced to HR as a program.”


Among MacAfee's initiatives are “Porter Novelli Perspectives” designed to build empathy and connections by sharing learnings on topics like inclusion, diversity, race, hate and more. In 2017, Porter Novelli also created a new role of global diversity and inclusion leader reporting directly to MacAfee and the firm has piloted a blind intern hiring process.


It’s not just the large firms with formal D&I policies in place. Finn Partners, which says about 18% of its 550 employees are from minority backgrounds, recently bolstered its diversity programming through partnerships with organizations that can help with its goal to “make a 100% concerted effort to hire people of color into our ranks.” Meanwhile, Next 15-owned M Booth has made it mandatory to interview diverse  candidates for every open position. In the past year, the firm hired 17 people of color – nearly 30% of its hires, according to CEO Dale Bornstein.


PR Council president Renee Wilson last year said “compensation needs to be tied to diversity,” pointing to the steps that Microsoft CEO Satya Nadella announced in 2016 that tied executive bonuses to workforce diversity goals. But not many PR agencies have publicly embraced this stance yet. 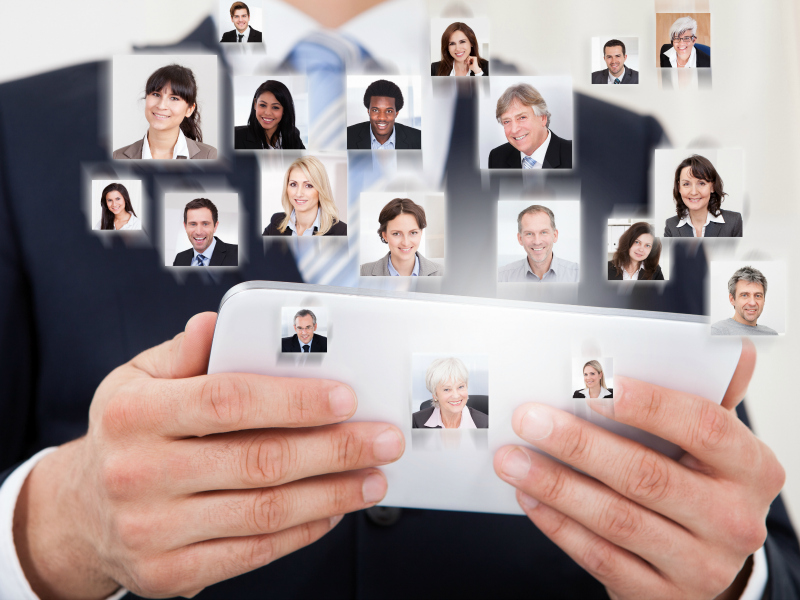 The industry’s good intentions around diversity, however,  are largely accepted with 80% of PR professionals saying their agency values ethnic and racial diversity, according to our 2017 Best Agency to Work For research that surveyed more than 5,500 adult PR professionals in the US. But it’s somewhat hard to square this number against the stark reality —  the industry’s astonishingly white (83%) composition in the United States.


Lisa Osborne Ross, president of Edelman's Washington DC operation, has been instrumental in developing the E3 initiative, in which several agencies — APCO, Edelman, FleishmanHillard and Porter Novelli —  interviewed employees across five cities in the US on issues related to inclusion. The initiative started at ColorComm last year as a listening tour.

The findings, released last fall, reinforce the different experience of white and nonwhite PR professionals. For instance, 87% of white employees agree they have a clear path forward for advancement while 53% of nonwhite employees disagree with this statement.

"This is a case of— if you don’t see it, you can't be it," Ross said. "If you don't see people who look like you [in leadership], you don't naturally assume that path is for you."

Barie Carmichael, APCO senior counselor and co-author of Reset: Business and Society in the New Social Landscape, told the Holmes Report organizations underestimate how susceptible they are to groupthink, which ultimately makes the organization vulnerable to disruption.

"Leadership has to constantly ask — what perspective isn't in the room? Who are we not including in this conversation," Carmichael said.

Edelman US CEO Russell Dubner told the Holmes Report nearly 25% of its US workforce represents diverse racial and ethnic backgrounds. The firm notably fell short on its minority representation in the diversity report its client HP issued last fall but has plans to make progress on this front in 2018. (Overall the firm is looking to increase its diversity composition to 30% by 2020.)


"In addition to a new D&I training we are rolling out, we’ve established employee networks and invested in key diverse recruiting partnerships,"  Dubner said. "Additionally, we plan to build on a series of pilots focused on recruitment and retention in the coming year, including a mentoring program."

Another way that firms can address the lack of diversity, especially at the senior levels, is a willingness to hire experienced talent outside of the PR industry. For instance, in 2016, Weber Shandwick hired Bretty Pulley — a former journalist and dean of the Scripps Howard School of Journalism — as EVP and managing director of content. He’s among a handful of black leaders at the large agencies and was hired, in part, because the agency was willing to bring in senior talent with background beyond traditional PR.


“The agency world is a nuanced world and that’s what makes it interesting — but it’s not rocket science,” Pulley said about the industry’s sometimes reluctance to hire those without agency background, especially for senior positions. “There are certainly people out there who have the acumen to be strong and productive agency people without agency experience.”

“If we are going to transform this industry, we are going to do it with people differing backgrounds and perspectives,” Heimann told the Holmes Report. “Brett was clearly one of the people who has very powerful background — content creator and educator — and we are both.”

From an overall workforce perspective, Weber Shandwick has seen notable gains in diversity. In 2016, 31.8% percent of VP/SVP hires and 33.3% of promotions to the EVP level were people of color. Additionally, regional leaders have also been tasked to develop explicit, personal goals and accountabilities to advance DEI within the firm.

“If we are defining risk as those who can’t leap into that seat immediately and understand the nuances of agency life - that’s not really a risk,” Heimann said. “We think it’s a bigger risk not  having diverse thinkers.”


But for many, the industry has yet to show a solid dedication to turning good intentions into impactful actions. Soon Mee Kim, EVP and diversity and inclusion leader at Porter Novelli, was involved in the E3 listening tour.


"We'd ask, 'when do you expect that we'll achieve diversity' — and the responses were 20 to 40 years," Kim said. "Those who are used to seeing these efforts not bear fruition are now carrying pain from that...This means five to seven years isn't fast enough, we need to focus on three to five years."