Please refer to our Privacy Policy for important information on the use of cookies. By continuing to use this website, you agree to this.
Home Latest 'I Know It Is Unusual': Rediffusion's Arun Nanda Explains Open Letter To Cyrus Mistry 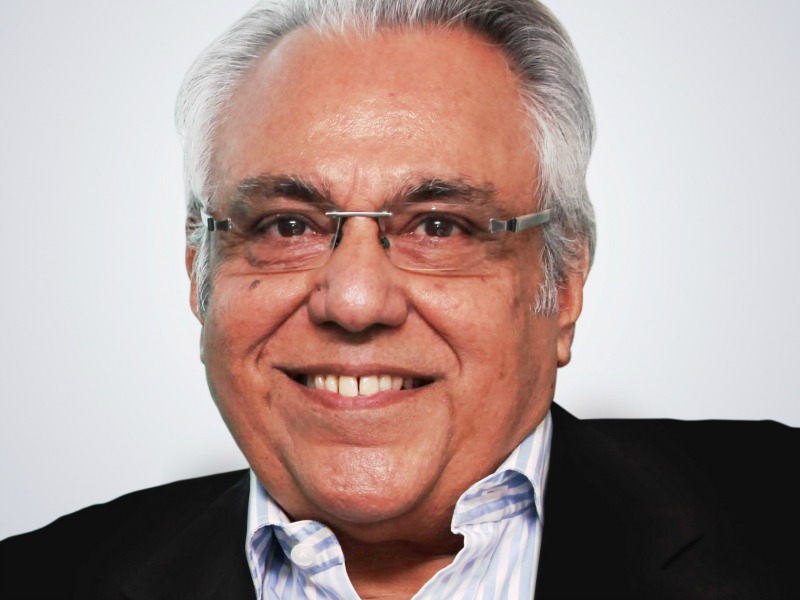 In an exclusive interview with the Holmes Report, agency boss claims he was left with no choice once Mistry raised concerns about the big-budget Rediffusion/Edelman PR contract.

MUMBAI — Rediffusion Y&R chairman and MD Arun Nanda believes that Cyrus Mistry's comments regarding his firm's big-budget PR contract with Tata left him with no other option but to respond in a public manner, he has revealed to the Holmes Report.

Nanda spoke to the Holmes Report today after yesterday releasing an open letter to ousted Tata chairman Mistry, carried as a front-page ad in India's Economic Times. He said he was forced to "set the record straight", amid concerns that the letter unnecessarily puts the agency industry in the spotlight.

The letter (shown below), also shared on Rediffusion Y&R's Facebook page, contains a nine-point rebuttal to claims made by Mistry regarding the Rs 60 crore (US$8m) Rediffusion/Edelman PR contract, which came into force in 2011 and was renewed shortly before the dramatic boardroom coup that removed Mistry.

Earlier in the week, Mistry — who has hired Perfect Relations founder Dilip Cherian to orchestrate his PR — said that the Rediffusion/Edelman hire by Ratan Tata was another reason for Tata Sons' rising costs, costing Rs20 crore more than the previous firm, Vaishnavi Communications.

Nanda said he was "shocked" to see the contract questioned and his firm discussed in this manner. "They did not clarify in the report who paid for the work or who had authorised the work," he said. "I had to set the record straight."

Accordingly, the letter spells out that the contract was both authorised and renewed by Mistry. While it does not deny the increase in PR costs, it warns Mistry not to "place selective facts" about the agency to suit his narrative and notes that Nanda will not allow Rediffusion's 43-year-old reputation to be "tarnished in any manner whatsoever."

""I know it is an unusual way of doing things," admitted Nanda to the Holmes Report. "But if your reputation is at stake, I think that’s the most important single thing that we all have."

PR industry sources in India have criticised the letter, which runs contrary to the typical agency view that it should not become part of the story. "It’s putting the PR industry back in the spotlight for the wrong reasons," added another PR agency head on condition of anonymity. "We should shy away from this kind of stuff."

Nanda, though, reiterated that once Mistry had "brought his firm into it," he was left with little choice. "When you put out a loose comment — who paid for this, when you were the one who agreed to it — millions of readers will not get the right impression," he said. "I didn’t want to get into this kind of squabble. So I just listed out the factual situation."

Nanda confirmed that he had not spoken to Edelman before releasing the letter, adding that he was "humbled" by the social media reaction to his move — "in my view, positive; 'you took a stand'." Edelman representatives declined to comment.

Tata Trusts head of public affairs and spokesperson Debasis Ray, who is overseeing Tata's public relations, appeared unconcerned about the open letter — noting that Nanda "does have a right to defend his company."

The high-profile boardroom clash has captivated India's business media for the better part of a month now, thanks to the charges laid out by Mistry and his continued presence on the group's companies. The Economist, for example, calls the affair "a humiliation for [Tata] and for the business grandees on its various boards." 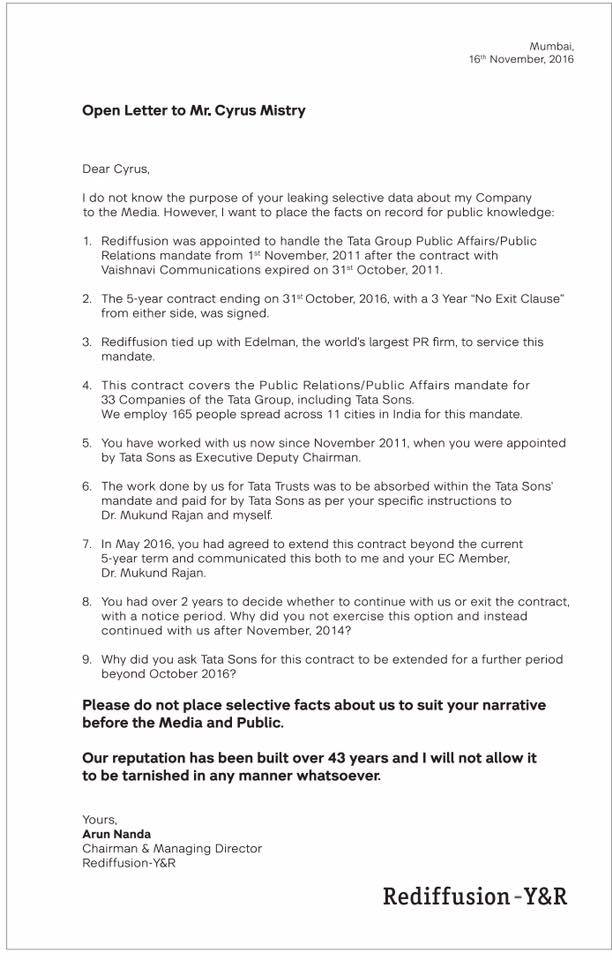