Please refer to our Privacy Policy for important information on the use of cookies. By continuing to use this website, you agree to this.
Home Latest Tata Renews Rediff/Edelman Mandate Amid PR Battle With Cyrus Mistry 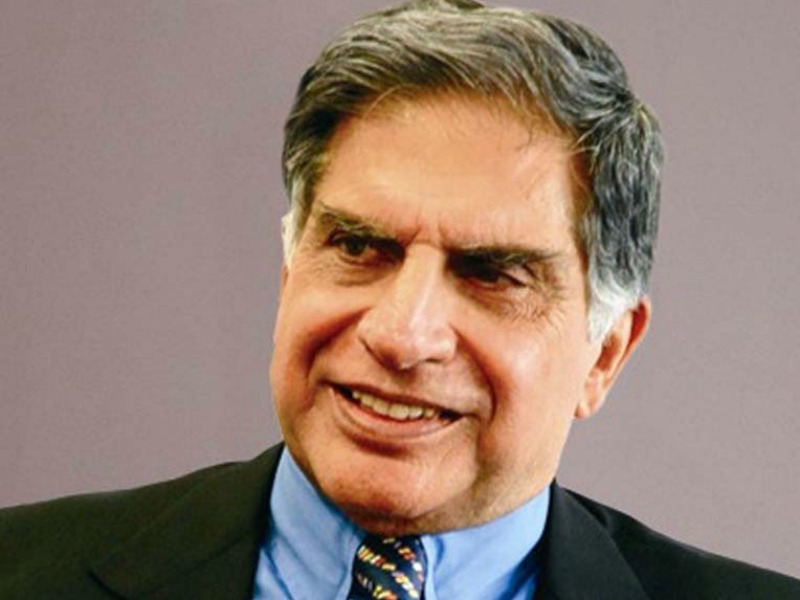 Public feud between Tata empire and its ousted chairman is underpinned by an array of PR forces, as India's most important conglomerate looks to preserve its hard-earned reputation for integrity.

MUMBAI — Cyrus Mistry's dramatic removal as chairman of Tata Sons last week is not only the biggest business story to emerge from India in recent times. It also shines a spotlight on the public relations moves that underpin an increasingly unseemly war of words between the $100bn Tata empire on one hand, and four-year chairman Mistry on the other.

For the Tata group, typically viewed as a model of corporate probity in India, Ratan Tata's (pictured) decision to dispense with his handpicked successor raises some uncomfortable questions for India's most trusted brand.

Mistry, unsurprisingly, is fanning these flames — releasing missives which defend his actions and, at the same time, keep the story squarely in the public eye. Aiding him in these efforts is Golinopinion, which handles PR for Mistry's family firm, the Shapoorji Pallonji Group, a major shareholder in Tata Sons.

While speculation has mounted that Mistry may draft in another PR firm, MSLGroup — which also works for Shapoorji Pallonji — is not involved, CEO Amit Misra confirmed today.

On the Tata side, meanwhile, Debasis Ray is overseeing the company's public relations, six weeks after returning to Tata Trusts as head of public affairs and spokesperson. Ray, who was previously head of corporate communications at Tata Sons, spent two months at Larsen & Toubro before joining Tata Trusts, the biggest shareholder in Tata Sons, in late September.

Ray's ascension signals a new role for Tata veteran Mukund Rajan, who had served as chief brand custodian at Tata and was also a member of Mistry's Group Executive Council, which has since been disbanded. India's Economic Times is reporting that Rajan will now oversee Tata Sons' overseas operations, with Harish Bhat taking on the brand custodian role.

The Holmes Report has also learned that Tata renewed its lucrative mandate with the Rediffusion-Edelman agency alliance last month, shortly before the boardroom coup. The deal, which was due to expire this month, was unveiled five years ago after the last significant dent to Tata's reputation — the Niira Radia lobbying scandal that ultimately led to the closure of favoured Tata PR firm Vaishnavi.

Ray confirmed the decision to renew Edelman, which came into force on 1 November, following considerable speculation that Tata might shift parts of the business to other agencies. It is understood that numerous firms, notably India's biggest PR agency Adfactors, had been pitching for the Tata mandate during the course of this year.

Both Ray and Edelman India CEO Rakesh Thukral declined to comment on the length of the new contract, leading some industry sources to suggest it is considerably shorter than the original five-year term.

Ray also confirmed that Avian Media is currently handling a three-month project at Tata Trusts, a major player in the unfolding boardroom saga. However, he clarified that no other PR personnel — whether Counselage's Suhel Seth or former Vaishnavi CEO Niira Radia, as rumoured — have been contracted.

Avian's project is understood to involve representing Tata Trusts' point of view as Tata Sons' largest shareholder, ensuring it is seen in the right light, and raising awareness of the Trusts' philanthropic activities. While those objectives were divergent from Tata Sons' prior to the boardroom coup on 24 October, there is now significant cohesion between the PR objectives of Tata Trusts and Tata Sons and — by extension — Avian and Edelman, respectively.

Avian's existing relationship with Tata includes retainer PR duties for its Vistara airline joint venture. It is one of the few Tata PR mandates that is not handled by Edelman, whose scope of work includes contracts with the group's 29 operating companies, along with the global mandate for Taj Hotels.

"People are looking for details"

Numerous sources, including Ray, attested to how seriously the Tata empire, including Ratan Tata himself, takes the group's reputation. "Critically important," Ray told the Holmes Report. In 2012, for example, the FT described Tata as "a symbol of Indian capitalism, with a rare reputation for combining fast growth and ethical conduct in a nation still bedevilled by corruption."

That mentality, forged over 150 years of Tata's corporate citizenship and CSR work, often translates into a spirit of restraint where the group's communications are concerned, a reluctance to sell its own story in the usual manner of massive conglomerates. But that approach raises issues for Tata as the public seeks answers from a company that is unaccustomed to the PR scrutiny it now faces.

"Tata has very categorically said he doesn’t want a public spat," says one source familiar with the situation. "The reason for criticism is that people are looking for details, and details are not coming out. And Tata has said they won’t put the details out. This is the trade-off unfortunately."

So far, notes Ray, the company has made three public statements. The first, on 24 October, announces Mistry's shock dismissal and the return of Ratan Tata as interim chairman, in order to maintain "stability and reassurance". The second, a letter from Ratan Tata to the group's 600k employees, which Ray describes as a response to "a lot of questions in the environment."

The letter, adds Ray, offers a good distillation of the values that have helped Tata build such a successful business empire. "Focus on profitability and shareholder return and focus on your market position," he explains. "Focus on leading rather than following. Always lead, do not follow. [Ratan Tata] reiterated that."

The third statement, meanwhile, was a response to Mistry's own accusations, regarding specific issues at Tata companies and ventures, including the memorable claim that he had become a 'lame duck' chairman. "Tata Sons believed it needed to state what it thought about the mail and the allegations," says Ray.

"We do not wish to [make any further statements]," added Ray. "But if required we will."

Tata may not have much choice. There are still numerous questions to be resolved, many related to the new management structure and the new permanent chairman, once Ratan Tata's four-month interim stint ends. "More narrative will develop," says the source. "Restraint is definitely the priority for them right now. But they may change their tack."

Meanwhile, the media interest — in a country that loves a good soap opera — continues unabated. "It is of global interest," admits Ray, given the fact that two-thirds of Tata's revenues are now generated outside India, by such global giants as Tata Steel, Tata Tea, Tata Motors, Tata Consultancy Services and Tata Communications.

Some are already suggesting that reputation will be the biggest casualty of the continued fallout from Mistry's sacking. That will be a sore lesson for Ratan Tata, India's most revered business patriarch, who once said: "What I would like to do is to leave behind a sustainable entity of a set of companies that operate in an exemplary manner in terms of ethics, values and continue what our ancestors left behind."