Please refer to our Privacy Policy for important information on the use of cookies. By continuing to use this website, you agree to this.
Home Latest Discovery's Eurosport Aims To Broaden Winter Olympics Appeal With New Comms Strategy 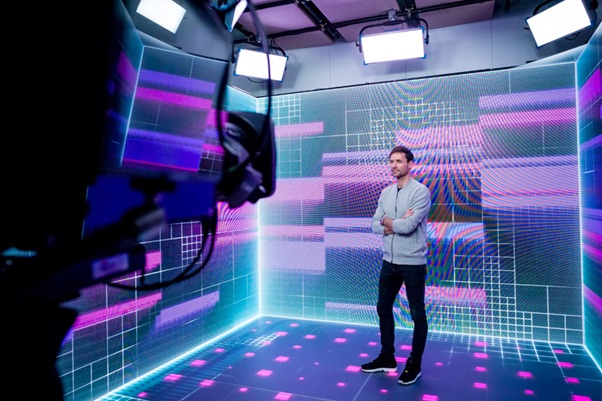 LONDON — Discovery's Eurosport is hoping that a more mobile, multiscreen approach will help the upcoming Winter Olympics broaden its appeal to younger viewers, as the sports channel unveils its communications strategy for the event — which kicks off in PyeongChang this week.

It has struck partnership deals with other broadcasters including the BBC in the UK and ARD and ZDF in Germany. From South Korea to Germany, Sweden to Norway and Finland to the United Kingdom, a total of 17 studios across the world will host to Eurosport’s 150 winter sports experts.

The communications team is being led on the ground in South Korea by Eurosport’s   communications VP Fiona McLachlan, former head of sport at Weber Shandwick, who came on board in December 2015 to support the broadcaster’s Olympics strategy after it was acquired by Discovery in 2014.

The in-house team will be supported by Ketchum, appointed by Discovery Eurosport in June last year on an integrated brief around the Olympic Games rights.

Eurosport and Ketchum will be running a 24-hour newsroom for the 17 days of the Games across four time zones (PyeongChang, a London hub, CET Europe and New York).

The newsrooms will create, approve and distribute content from the Olympic Games around the clock, including exclusive access and interviews with the 58 Olympians on the Eurosport commentary team. This central hub and local distribution comms model is a first for a Games broadcaster.

In other firsts for the Olympics, there will be a mobile digital studio on site in PyeongChang so influencers can create content to bring the Olympic Games to new and younger audiences. The mobile studio will move between Olympic venues producing social-first short-form clips with athletes, influencers and fans. And The Cube – a virtual reality studio – will use augmented reality, enhanced data and 360-degree graphics.

Fans will be able to watch every minute of every sport online, on mobile and on tablet devices via Eurosport’s Olympic Winter Games website and its app. Eurosport will also be leveraging its Eurosport Player streaming service, making the Winter Olympics the first fully-digital Games in Europe. The team has also created original content, including 90-second video shorts explaining each sport.

Michelle Russo, Discovery's EVP global communications, told the Holmes Report that the broadcaster’s pitch to the International Olympic Committee, which she was involved in, had been “to do this differently, reaching more people on more screens than ever before. Our proposition was to bring more innovation, storytelling and ways to engage with the Games, taking into account the time zone differences and how and when consumers might be watching the Games.

“People know the Discovery brand as the world’s factual storyteller, and the Olympics are the ultimate form of human storytelling: endeavour, sacrifice, achievement and inspiration. Everything we do in comms has to match the business KPIs: to bring new and younger audiences to the games, to do everything we can to make this the most digital Olympics ever, and to bring the ‘Discovery difference’: not just imitating what the big broadcasters have always done so well, but adding our experience in short-form content and storytelling, and our global sports experts, who are the best in the world.”

McLachlan told the Holmes Report: “We’ve got really cool stuff out in PyeongChang, but it’s also important that people are engaged with coverage in the markets. Our job is to promote all the awesome things happening on the channels, including previews and predictions, reviews and shock results, and experts talking about athletes. From the work I did at Weber with big brands, and the experts around us, we know what sports fans and superfans want.”

She added that working across such a huge number of markets with an event on the scale of the Winter Olympics required a rigorous system of content distribution: “We’ll let the market teams know when we have experts in, and they will send requests via the London team out to us, and we’ll put all the content they need into a newsletter, including easy links to scripts, interviews, footage and embed codes – everything they’ve asked for or we think is of interest, which they will supplement with guests in their market.”

The Ketchum team is playing a crucial role in developing strategy and ensuring consistency of approach and content across Europe, added McLachlan: “Our Ketchum partners are sitting with local broadcast and production teams in the markets, and the comms strategy has been a real driver in getting digital, production and editorial to share schedules and work together. Over the past two years the Eurosport comms and production teams have built an incredible bond, to the extent that production are now insisting that comms is embedded with them.”

Russo noted that the Pyeongchang Games would also inform how the broadcaster approached its coverage and communications of future Olympics: “We knew we had to rip up and rebuild our communications function even before we won the bid. We’ve complete changed our approach to comms and we are hoping that the learnings that come out of these Games will be a catalyst for how we promote content across Europe for Tokyo 2020 and beyond.”