Please refer to our Privacy Policy for important information on the use of cookies. By continuing to use this website, you agree to this.
Home Latest Dove & Edelman Win Best In Show At 2022 Asia-Pacific SABRE Awards 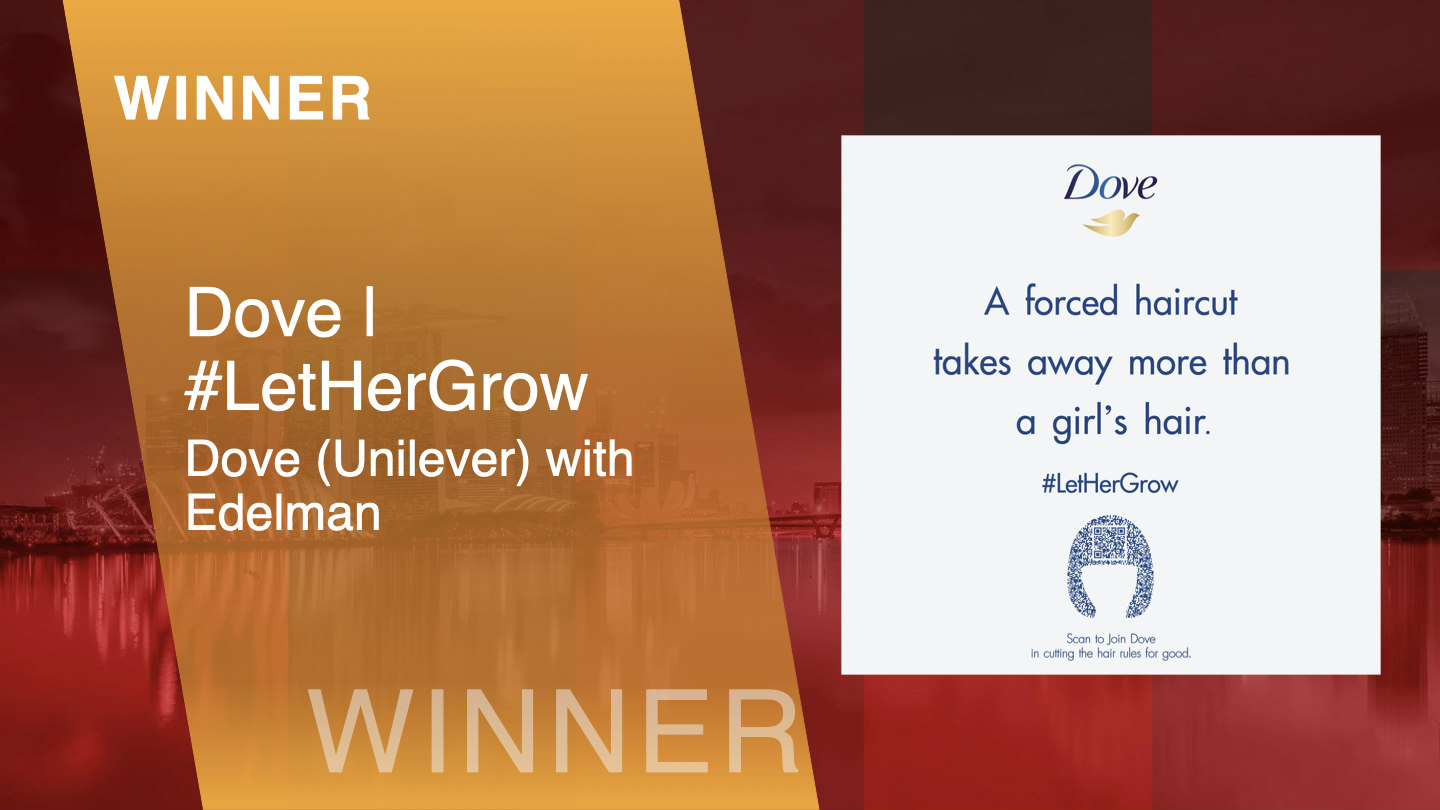 Dove and Edelman took home the Platinum SABRE Award for the best public relations campaign at the 2022 Asia-Pacific SABRE Awards ceremony, which returned in-person last night in front of a record, sold-out audience in Singapore.

#LetHerGrow tackled the issue of mandated haircuts for Thai students, in a bid to boost autonomy and self-confidence among the country's girls. The campaign ranked first ahead of four other Best in Show finalists, in order:
2) Son Rise – Rallying Men and Boys to Create A Unified and Bold Force Against Gender Based Violence — Vibha Bakshi with Weber Shandwick
3) Continental Tyres Bald Stars — Continental Tyres with Eleven
4) Kellogg Gut Barrier Reef — Kellogg with Eleven
5) REmemory — Taiwan Alzheimer's Disease Association with Ogilvy Taiwan

Also honoured at the show were IN2 SABRE Award winners, which were announced earlier and the Asia-Pacific Consultancies of the Year.