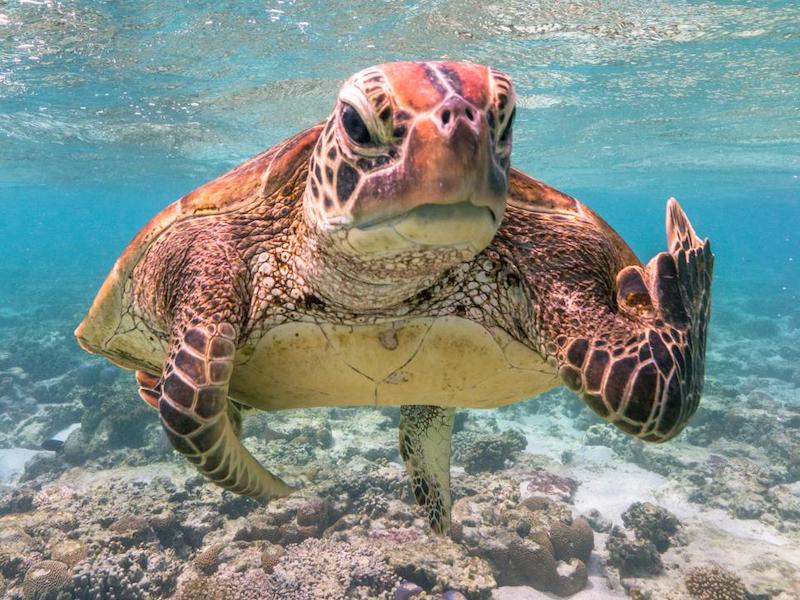 LONDON — Ogilvy has appointed Fiona Gordon as its new UK chief executive, replacing Michael Frohlich, who is moving to Weber Shandwick as EMEA chief executive. Gordon joined Ogilvy as a graduate trainee in 1992 and over her 23 years with the WPP agency took roles in London, New York, Hong Kong and Singapore, latterly as EMEA client services lead. She had previously spent four years as UK lead on the integrated Walgreens Boots Alliance account.

LONDON — The Comedy Wildlife Photography Awards (pictured) has retained Where Eagles Dare as its strategic and creative marketing partner, as it looks to build awareness and understanding of wildlife habitat destruction and endangered species and develop the annual event into a wider wildlife media platform. The agency will work with the board to define the short and long-term strategic direction and brand proposition, defining and executing creative campaigns across owned, earned and paid channels, and bringing in like-minded partners with a commitment to protecting the planet and its animals.

MOSCOW — iMARS Communications will provide PR support for the Russian subsidiary of German plastic window and door manufacturer Veka. The agency will represent the company's external communications in Russia aronund topics such as ecology, design and architecture.

LONDON — Havas Just has made a number of hires to support an increase in demand for medical communications expertise from clients. Paula Hensler joined the team from Prime Global in May as scientific director and will lead scientific strategy and content. A key part of her role will be to oversee the editorial team, which includes Nick Crabb, senior medical writer and Paola Frisone, medical writer, who both also joined in May. Lisa Langley, principal medical writer, joins the team in July.

LONDON –  Hill+Knowlton Strategies has won a brief with Mana Group, the entertainment company launched by former triathlete Chris McCormack. H+K’s scope focuses on the group’s Pho3nix Foundation, a non-profit that uses sport to enhance underprivileged children’s health and wellbeing, and its Sub 7 Sub 8 challenge, which will see four triathletes attempt to complete a full distance triathlon in under seven (men) or eight hours (women).

LONDON — Within3, a life sciences virtual engagement platform, has appointed Milk & Honey PR as its lead European PR agency. Founded in 2004, Within3 has transformed the communications process around drug development and clinical trials and streamlined complex processes in the pharmaceuticals and medical device industries. In September 2020, Within3 announced a US $100million growth funding round to fuel global expansion. Milk & Honey is responsible for Within3’s European output, establishing its position as an innovator, and building trust and awareness among pharma companies.

LONDON — Laura Cook has been hired by Hill+Knowlton Strategies as an associate director in its health and wellness team. Cook joins from Pegasus (now part of Mind+Matter) after nearly 15 years with the agency, working with clients including GSK, LloydsPharmacy, Holland & Barrett and Pfizer.

LONDON — FleishmanHillard UK has formed a partnership with Zebedee, a specialist agency that supplies diverse models, to work together on brand campaigns. The agency represents more than 500 models, including people with disabilities, alternative appearances and trans/non-binary people The partnership will create brand campaigns in the UK as part of FleishmanHillard’s influence offer.

LONDON — The Space Between has been appointed by estate agent Purplebricks to create and deliver a community programme for its Team GB #HomeSupport campaign in the run up to the Tokyo Olympic Games this summer. Earlier this year Purplebricks launched its Team GB Home Support campaign, calling on the nation to get behind Team GB by commissioning current and former elite athletes to create Olympic-inspired artwork on ‘For Sale’ signs. The Space Between has developed a community programme that will build on the campaign by collaborating with schools and artists to create street art inspired by Team GB and local athletes.

LONDON —  Nelson Bostock Unlimited has won the UK PR brief for ecommerce tech provider Ve Global, which works with more than 1,000 customers globally including Vodafone, Currys PC World, Fila and Lacoste. Nelson Bostock’s role is to build awareness and momentum within the retail sector and among ecommerce marketers and decision makers.

LONDON — Finboot has appointed Impact & Influence to advise the company on its strategic positioning, communications and content strategy. Finboot is a technology company that gives world class customers a competitive edge through accelerating their digital transformation, realising value and building trust through blockchain. Earlier this year the company secured investment from the Development Bank of Wales and global energy company Repsol in a £2.4 million fundraise.

LEEDS, UK — The International Brewing and Cider Awards has appointed Umpf to help raise awareness of the competition and drive entries. The agency will be supporting the competition, which dates back to 1886, with international media relations, social media content development and community management, as well as paid social, traditional media buying and email marketing support.