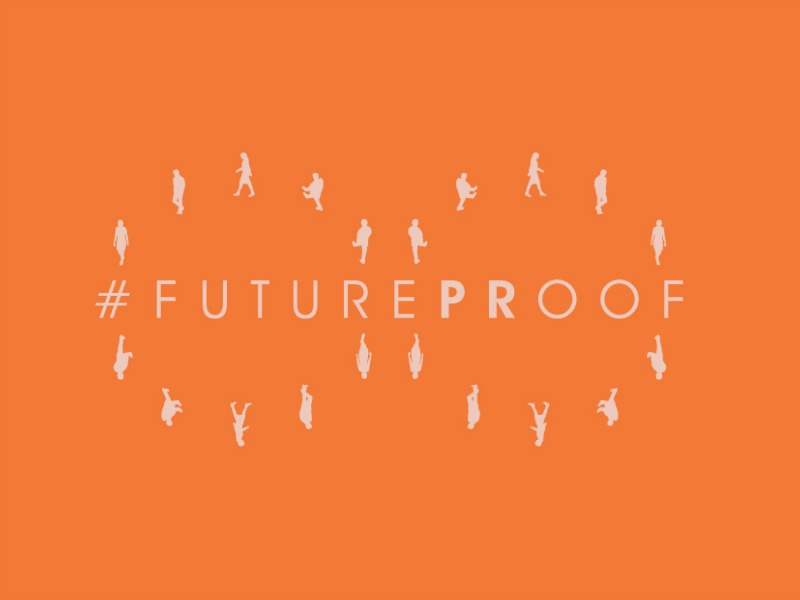 Along with all of the opportunities that the public relations discipline has within its grasp comes a considerable amount of apprehension, triggered as much by the painful realities of change as by the industry's natural proclivity towards self-criticism.

Thus, we should probably welcome the appearance of a new book called #FuturePRoof, which aims to demystify some of the sweeping shifts that are underway across the PR profession. Edited by Sarah Hall, #FuturePRoof features chapters from 30 top PR figures, including agency heads, academics and in-house veterans.

By covering most of the critical issues affecting the PR industry — including such areas as purpose, paid media, ethics, agile working, corporate reputation, technology tools, measurement, budgeting and client relationship management — the book ends up as being more than the sum of its parts. Indeed, it provides a fairly illuminating snapshot of where the PR business is in 2015, and how it is likely to evolve over the next decade.

Many of its authors met yesterday at the PRCA in London to launch the book, accompanied by a panel discussion that was rather more vibrant than most. In part, that was down to the presence of some fairly forthcoming speakers, which saw Hall joined by Ketchum's Stephen Waddington, Threepipe's Jim Hawker, Cirkle head Ruth Allchurch and Manifest's Alex Myers.

But it was also because the topic of agency evolution is one that invites vigorous debate. At this stage, at least, there are no correct answers — something that clearly emerged as the panel explored, perhaps most critically, the reinvention of agency models to cope with the realities of today's restless communications landscape.

This is a topic we have covered in some detail. 18 months ago I asked whether the traditional PR agency model is dead amid a move towards specialist expertise. Of course, 12 months later I changed my mind and wondered if there was a resurgence of PR generalists. More considered opinion, perhaps, comes from Paul Holmes' influential manifesto on designing the PR agency of the future.

As Hawker observed yesterday, "PR programmes today look very different from five years ago". There is a far greater emphasis on content marketing and distribution, often via paid channels. That, says Hawker, calls not just for a different model (his own firm merged with digital media outfit Blowfish) but a different attitude towards profit margins.

Crucially, while the panel disagreed on many things, — including the value of procurement and agency rosters, the use of analytics, and the right type of payment model — there was a general consensus about the importance of innovation towards all of these efforts. Unsurprisingly, though, this spirit of harmony did not extend towards how best to fund innovation. At Manifest, for example, founder Alex Myers makes the most of being independent, noting that you need to "put time aside versus charging everything out."

That comment reinforced something Lewis PR founder and CEO Chris Lewis said when we spoke to him last week: "At some point somebody has to ask the question — which capital structure is the best for professional service firms?" — Chris Lewis Lewis, of course, has a vested interest in the argument that independent ownership allows for greater flexibility, but his point — that other professional service firms are predominantly employee-owned, is well made.

"Rapid change means rapid reinvestment," he noted. "If employee-owned business have any success it’s choosing when to reinvest. Now is the time, because it can double up the level of return."

It is no coincidence that, with a couple of glaring exceptions, growth among publicly-held PR firms is relatively anaemic. A short-term focus on quarterly reporting, coupled with the need to deliver enhanced profitability, makes investment in innovation challenging, particularly amid current market conditions. It is no coincidence that Huntsworth finds itself cutting costs rather than spending on growth, or that Omnicom has begun consolidating its PR resources.

You could probably make the case that some of the benefits of public ownership — access to capital and perceived scale— have never been less apparent. At the same time though, marcomms consolidation makes collaboration with sibling agencies (even if it is more notional than actual) an increasingly attractive benefit of the holding group model. Either way, agency heads looking to 'future proof' their business would do well to take note — ownership and investment matter, now more than ever.