Please refer to our Privacy Policy for important information on the use of cookies. By continuing to use this website, you agree to this.
Home Latest Mark Read: “PR Has Been The Standout Performer At WPP” 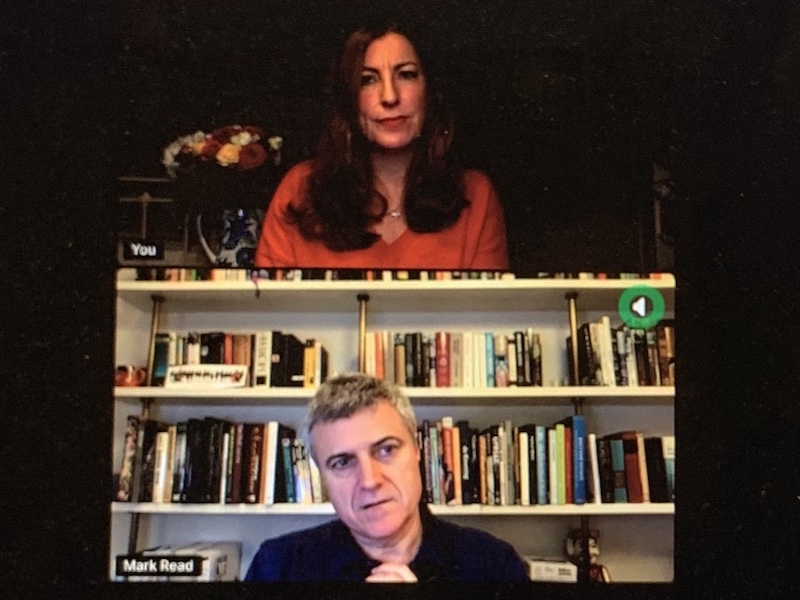 Mark Read: “PR Has Been The Standout Performer At WPP”

LONDON — Public relations has been the “standout performer” at WPP throughout the pandemic, according to the holding company’s CEO Mark Read.

Speaking to PRovoke in a virtual fireside session to close the ICCO Global Summit last week, Read said that the resilience of WPP’s PR agencies – which only saw losses of 2.9% in Q3 compared to 7.9% across the wider group – “reflects the quality of the businesses and their leadership, and the fact that PR and communications has become more critical during this pandemic.”

He said CEOs, CMOs and CCOs had also realised the critical importance of communicating clearly to customers, investors and other stakeholders during the crisis: “Many companies have been forward-thinking and thoughtful about their reaction, it hasn’t been that kneejerk 2008/2009 cut-and-burn reaction to spend. This is primarily a health crisis, but we’ve all learned that communications is critical to lead companies through it.”

Read added that strong demand for PR had also come from the need for “honest, straightforward advisors” and the rise on content and digital “has given PR firms a much broader spectrum and creative canvas on which to play: the best firms are building creative and web-building capabilities that have strengthened their offer.”

In general, Read said the outlook for the group was positive and WPP would “get back to growth next year”: “In March we expected a much more difficult outlook than we had, and I think we’re pretty confident that the worst is behind us. We will get back to growth next year and our new business record puts us in a really good place.” He added that “having sold Kantar, we came into this in a pretty good position financially, and that’s put us in the best position to come out of it.”

And Read said there were no plans to consolidate the PR agencies into a single group within WPP: “We have fantastic leaders in our PR business and I’m pleased to work directly with them. We’re trying to simplify the company, why would we want another holding company? We want to have 12 or 13 really powerful global brands – we’ve already brought together Finsbury, Glover Park and Hering Schuppener, and that will make it even stronger as comms counsel.”

Reflecting on how WPP has adapted the way it works this year, Read said: “It’s been amazing. We would have taken six months to plan an office move but we moved 100,000 people to work from home on March 16 – and most are still working from home – yet client satisfaction scores have improved and we’ve had the best new business record that we’ve had for a few years. Relationships with clients have deepened and got more personal, and I think clients have seen their agencies go above and beyond for them.”

And he praised BCW chief executive Donna Imperato and Hill+Knowlton Strategies global chairman and CEO AnnaMaria DeSalva for their leadership this year: “We’re all separated but we’re all connected by technology and those who lean into it the most are taking the most advantage of it. That’s what we’ve seen from our PR agency leaders – a real embracing of technology, great leadership of their teams, and really thinking about their people.”

On the long-term viability of the shift from office to homeworking, he said: “Clearly it’s a bigger, longer-term shift, of that there’s no doubt. We’ll probably not ever have 100% of our people back in the office. We need to keep the speed at which we’re working and the collaboration, but parts of our industry are an apprenticeship: you learn on the job, you learn from other people and I miss that and I think our people will miss that longer term.”

Read said that Covid-19 had heightened brands’ awareness of their own purpose, and this was changing the work of WPP’s communications and creative professionals: “Clients are asking us to tackle increasingly difficult issues, in a heightened political environment, as they start to embrace purpose more. The days when CEOs could focus on the profit motive are long gone.

“When you think what people have had to navigate this year – from Covid and Black Lives Matter to the social media boycott, forest fires in California and the presidential election – employees and customers are increasingly looking to what business leaders are going to do and say. Clients do need advice, they can’t stay totally away from these issues and those that engage in the right way will get recognition for that. You want to be on the right side of history.”

He said this was a discussion that WPP’s agencies were increasingly having with CEOs: “Take pharma, for instance – this is an opportunity to reposition their role in society. We’ve worked a lot with Pfizer to talk about what they do and their contribution, and the whole healthcare industry has a lot of potential to think about a reset.”

The pandemic has also heightened clients’ focus on integration, Read said, as they were “looking for simplicity” and “no longer wanted to manage 20 or 30 different agencies.” Referring to a recent client review, he said: “We’ve just been through a very rigorous process with Walgreens Boots. When we started working with them three or four years ago that was about consolidation and efficiency, but the process most recently has been about revenue growth and digital transformation. They work with us not just as marketing partner, but as a data and technology partner, and a communications partner.”

In terms of how that works practically now, Read said remote working had encouraged greater collaboration and a more level playing field between disciplines: “As I sit in presentations and work with clients, I’ve seen a real increase in collaboration. Zoom culture makes it easier: when everyone’s just a square on a screen, no-one knows which agency they’ve come from and it’s much easier in some ways to work together.”

On the impact of the Black Lives Matter movement – as a result of which WPP pledged $30 million to combat racism and invest in Black talent – Read said the industry’s shift to focus on race was “long overdue” and admitted: “For many business leaders this was a wake-up call that it was an issue they needed to take more seriously. I’d been focusing a lot on gender diversity, and [global head of culture] Judy Jackson did push me to do more on racial diversity, but I think the killing of George Floyd certainly brought it home.

“We did a number of safe rooms where we talked to people, and I was really struck by the pain felt by many of our black colleagues and the degree of discrimination they felt they faced in our industry. We realised we had to do more.”

Read said he had also written to the CEOs of WPP’s top 10 clients to engage them in BLM efforts: “We work with most of the Fortune 500 and we’re responsible in some way for maybe one in five of the world’s commercial messages: imagine if we put that to use in some way. Some initiatives have come out of that, we’re making progress and I’m absolutely committed to make more. We were lucky to get Black entrepreneur Tom Ilube to join the board, and he’s having a top to bottom look at what we’re doing.”

Read came under fire in September when he made some comments about the age of WPP staff in a conversation with an analyst that were reported as being ageist against older employees. He later clarified his point on Twitter and told PRovoke: “I was trying to make the point that we do things other than television ads, but age was clearly not the right way to illustrate that.

“If you look at the response, clearly age is an issue in our industry. I’m 53 and the average age at WPP is 33. We have to have experienced people in our business. Harold Burson came into the office every day when he was 91 – I’m not saying people should work into their 90s but there is a great value in experience. If I regret anything about the way that was covered, it was implied that I didn’t respect that, which absolutely I do. There are many skills people need to learn from people with decades of experience.”

Asked what he thought would continue from the Covid period, Read said: “During the first three months of lockdown I spoke to 50% more clients than the same period last year. People are more accessible, and I think that will continue. Our industry is based around people and relationships, and that will persist. When we’re advising CEOs on how to communicate, people are looking for more authenticity, and they don’t care about video production values. Last December I did a broadcast and it took a week to plan, there were lights, a whole operation; now I just jump on a video with 10 minutes’ notice, so that barrier has come down. And I hope the importance of employee communications will last.”

He said running a holding company through a pandemic had brought the 17-strong executive committee at WPP – which includes Imperato – closer: “I don’t always agree with everything they say but we try to navigate our course together. That’s gone from a group that used to meet three times a year at away days, to sometimes meeting on Zoom every fortnight, and that will be another great legacy of what we’ve been through.”

Summing up the impact of 2020 on WPP, Read said he was “most proud of the speed at which we moved to simplify the company, to bring in new leaders, to reduce debt, to make the business more streamlined and easier to manage and build a new culture. As a leadership team we decided to use the period of Covid to reset while everything is up in the air. What we do and how we behave in this period can set WPP up for success in the next five years. If we come out of this with stronger relationships with clients, with a simpler business, and we’ve continued to invest in creativity and looked after our people through a difficult time, we’ll be in a great place. That’s all you can do.”