Please refer to our Privacy Policy for important information on the use of cookies. By continuing to use this website, you agree to this.
Home Latest PR Is A Management Function, Not A Comms Function: IN2Summit MENA 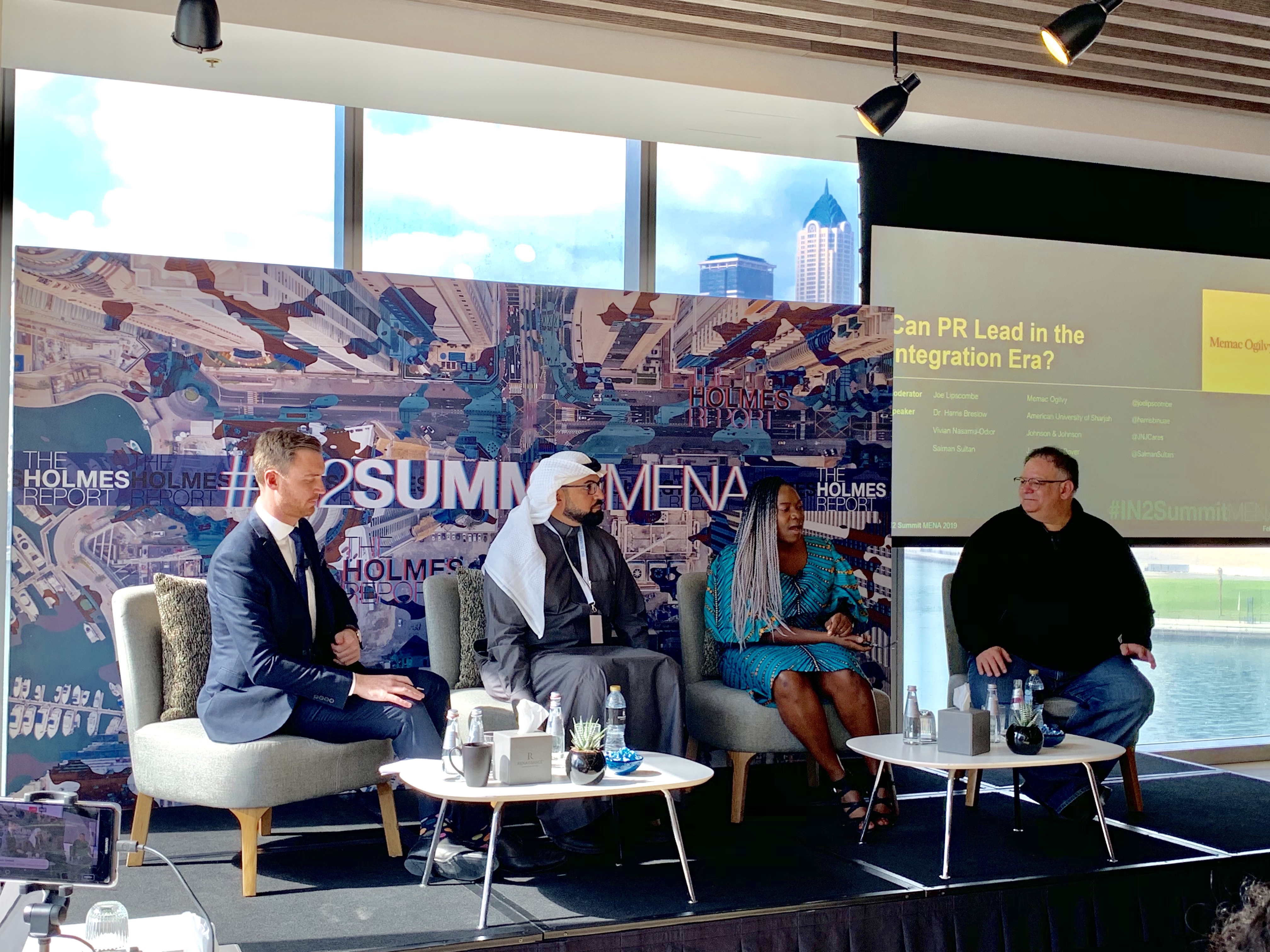 PR Is A Management Function, Not A Comms Function: IN2Summit MENA

In the integration era, PR must play a leading business role, say communications leaders in the Middle East.

DUBAI — In the age of digital, social media and integration, public relations must step up to play a leading role in driving business strategy, according to speakers at the Holmes Report IN2Summit MENA today.

Harris Breslow, an associate professor in the Department of Mass Communication at the American University of Sharjah, told delegates: “Everything a company does is in some way PR, which means it’s a management function now, not a communications function. It’s ultimately one of the main drivers of a brand’s success and demands a bigger seat in the C-suite.

“The only constant now is disruption and change, so if you want to maintain your relationship with your audiences, the only way to surf those waves is through a consistent, agile, intelligent PR strategy that measures things correctly: everything, including marketing and advertising, flows from that.”

Breslow said that he believed this shift would lead to more future business leaders coming from a communications background: “For many years, the CEO was someone who had been a sales guy, because he understood the product and could drive revenue.

"But increasingly, sales teams are reacting to the PR team’s moves, and PR people are becoming increasingly important at the C-Suite table, so why shouldn’t they be at the head of that table?”

Also on the “Can PR lead in the integration era?” panel, moderated by Ogilvy MEMAC head of content, PR and influence Joe Lipscombe, was Vivian Nasamu-Odior, director of Johnson & Johnson’s baby brands in the region.

She said the only thing stopping PR taking more of a lead role in brand strategy was the profession itself: “PR understands agility, how to influence stakeholders and change perceptions, so the function doesn’t have a barrier to leading at the top table. If there is a barrier, it’s within agencies.

“I make sure PR has a seat at the table, because even as the importance of data has heightened, insights about stakeholders based on emotional intelligence are just as important. In those moments, PR understands nuance and shows up as the hero.”

Meanwhile, Jaguar Land Rover PR and social media manager Salman Sultan added that the PR function's image within a company can often be to its detriment, versus the more strategic role it should naturally inhabit.

"PR is seen an as a fluffy, fun thing to do, but PR people are called in when something goes wrong," he noted. "PR should actually be a core function at a company right from the beginning."