Please refer to our Privacy Policy for important information on the use of cookies. By continuing to use this website, you agree to this.
Home Longreads CEOs At Cannes Condensed: PR Industry Must 'Wake Up' To Opportunity On Offer 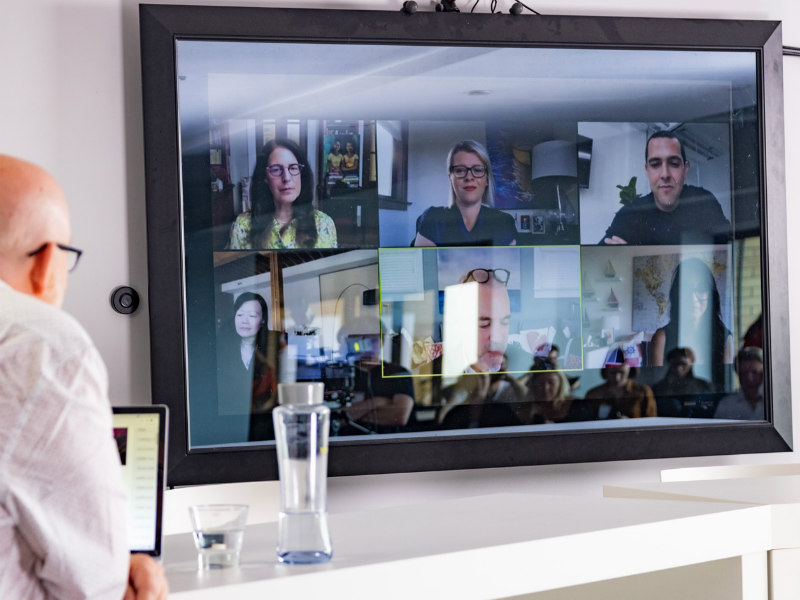 CEOs At Cannes Condensed: PR Industry Must 'Wake Up' To Opportunity On Offer

The PR industry has done much to elevate its value during the pandemic, but a time-honoured Cannes discussion examines why that ground could be lost if creative leadership remains dominated by ad agencies.

Change was in the air at the Cannes Condensed event in Brighton this week, which was perhaps to be expected given the hybrid nature of the conference, and the positive contrast it offered with all that has transpired over the past 18 months.

For the PR industry, of course, much of that change has been rather more encouraging than many might have anticipated. The industry's resilience in 2020, and rapid recovery in 2021, reflect how public relations has elevated its value to significant effect during a period of enormous social instability. And that trend played a central role in many of the Cannes Condensed conversations, not least those that focused on business activism.

Yet, while much has changed, there were also lingering reminders that much remains the same — not least when it comes to the awards element of the Cannes experience. Once again, PR firms were largely shut out of idea creation credit for the big winners, with Edelman proving to be a notable exception in leading the industry's first Grand Prix winner, in the Entertainment Lions category.

'Plus ça change' as Paul Holmes put it in 2016, in a headline to one of the numerous soul-searching discussions that have taken place as part of PRovoke Media's Cannes coverage in the 12 years since the PR Lions were established. Examining this year's results, you could be forgiven for experiencing the same sense of déjà vu.

Yet, that would overlook not just the industry's heightened relevance over the past 18 months, but the extent to which public relations thinking now drives the vast majority of major campaign winners at Cannes. And it would underplay the results of our Creativity in PR study, which found a significant increase in the proportion of PR firms that are taking on lead creative duties.

All of which, perhaps, suggests a degree of tension between an industry that — ostensibly — has never been more valued, and a festival which remains dominated by adland. PRovoke Media has been examining these issues for more than a decade; while this year's discussions also carried a virtual element, that did not make them any less vital.

Weber Shandwick CEO Gail Heimann set the scene for the apparent disconnect during our annual interview with the PR Lions jury president. "I will never walk back the incredible joy and power of creating the idea," admitted Heimann, before pointing out that the PR industry's role has never been more important.

"If you look at the past 18 months, whether it be public health, or economic crisis, or mental health or the information crisis, PR is at the heart of it," she explained. "We are there with the most important and powerful ideas that exist."

The risk, acknowledged Heimann, is that CMOs will review a decade's worth of Cannes results and conclude that they can get better PR campaigns from their ad agencies than from their PR firms. "That would be a worrisome takeaway," she said. "However I think the story that needs to be told, is that every winner at Cannes is a PR entry."

"We've got to shapeshift the attitude of CMOs to recognize that, when you bring in people who have the power to create this fantastic idea and also have the power and ability to weave it into culture that, yes, we should be the dominant presence," she added. "I do think the world has woken up to what it is we deliver."

That was a theme that was taken up with typical gusto by Holmes when he moderated the subsequent session, which brought PRovoke Media's annual CEO roundtable into a more virtual setting. "What Cannes is saying to clients is [ad agencies] are absolutely the best at coming up with PR ideas," suggested Holmes. "Doesn't that terrify you just a little bit?"

"I think we're in a really interesting moment of opportunity or peril depending on how we embrace this," responded Ketchum CEO Mike Doyle. "This is the moment to make sure we don't lose that ground. We've been looked to for the past 18 months. We've got to grab this with the swagger we have earned over the past 18 months."

Because, if there was one thing all of the panellists agreed upon, it was that the Covid era — and the fundamental social disruption it has wrought — has only accelerated the PR industry's progress towards playing a more central brand-building role on behalf of their clients.

"Especially with Covid smashing hierarchies, anyone at the table can have a chance to raise that amazing idea," pointed out WE Communications CEO Melissa Waggener Zorkin.

"Covid has accelerated where we needed to be," added MSL consumer MD Alina Diaz. "We're seeing clients adapt to that viewpoint that PR agencies can be the lead creative agency, more so than the ad agencies, who are a little behind. We're now seeing the pivot and tension between what the client wants and how we've operated in the past. And it's a beautiful thing."

"I think clients are more open than ever in terms of where the idea comes from," said Edelman chief creative officer Judy John. "In your typical integrated agency team, the best idea wins. Covid has really moved that forward."

Doyle mentioned the need for more "swagger" from PR firms, a recurring theme in our Cannes analysis over the years. And according to our panel, that is most conspicuous in the industry's reluctance to stray beyond the traditional boundaries that have defined its work, particularly in the consumer marketing realm.

"Ad agencies have woken up, they don't see lanes," said John, a recent adland transplant who joined Edelman in 2019. "We would come in and present PR ideas, without a thought. I find PR more polite — we're in a lane, I'm not sure we can show that. The ad agency doesn't care. I think it's the mindset that needs to change."

"I agree with this need for more swagger," noted Waggener Zorkin. "But I'd argue that the client probably loves the fact that everybody [in an integrated agency team] is seamless and they get a product that does come together. We don't want to underestimate the fact that we are in there."

"Not only do we see lanes, we're actually guilty of painting the lines with ink that is born of insecurity," concluded Doyle. "Our insecurity about ourselves but also our ability to see the other channels that are at our disposal. It should be a wake-up call. What we don't always get is the marriage of that simple, elegant idea, with the swagger of what it takes to either sell it in, or promote it at the level of Cannes."

Clarity CEO Sami McCabe sees progress being driven by a much better grasp of data and analytics, enabling the kind of measurement and metrics that can elevate the industry's reputation for effectiveness.

Even here, though, there is a disconnect. To start with, much of the PR work at Cannes is either not measured at all, or in terms of the kind of vanity metrics that the industry is distancing itself from. Meanwhile, the data side of the marketing equation, particularly at holding groups, is not necessarily dominated by PR firms.

"I think we have caught up and that's why we're seeing the opportunity to participate in those strategic conversations at a much earlier stage than previously," said McCabe. "What hasn't caught up is the perception of the industry, so there's a chasm that we as an industry need to cross, to educate and inform the market that PR is truly data-driven. I still feel we're relying on perceived value rather than demonstrable value — that whole dynamic needs to change."

That starts by asking uncomfortable questions, according to Hotwire CEO Heather Kernahan, particularly when confronted by clients who profess to want nothing more than 'awareness'.

"Often people will get very upset when I ask, 'OK you want to raise awareness but for what purpose?' noted Kernahan. "I see it as a chance to uplift all of us. To put us in a position of having business influence by asking the right questions."

"The fact is, if we're asking for the wrong thing, we won't do it well anyway," added Waggener Zorkin. "Clients ask us for that silently. Could you please help us move the business forward? Are you willing to resign an account because it won't really succeed?"

"I think there's an opportunity to educate comms clients more on what a KPI can look like," said Diaz. "Not necessarily the biggest-impression outlet is what's going to drive the biggest results for you."

"Question the question," advised John. "The other thing is having greater diversity at the table when we're taking the brief."

Holmes concluded a lively discussion by asking the panellists for their thoughts on how they see creativity evolving within the PR sphere. For an industry that continues to grapple with these questions, their answers were instructive:

"Creativity is only as good as the action that comes out the other side. If creativity can be focused on how you get people to move to a certain action, I think it is the centerfold of everything we do." — Waggener Zorkin.

"I'm really bullish about the future of PR, which is why I came over to this side. We have an opportunity. Since I joined Edelman, the aperture has opened. We have a greater view of a client's organization than I did on the advertising side." — John.

"The fundamental word that matters the most in our industry is relationships. There's never been more of a need for the tenets of what that relationship building can be — empathy, authenticity, connection and understanding. That's what we do. Let's make sure we own that as an industry." — Doyle.