Please refer to our Privacy Policy for important information on the use of cookies. By continuing to use this website, you agree to this.
Home Longreads Global PR Industry Now Worth $15bn As Growth Rebounds To 7% In 2016 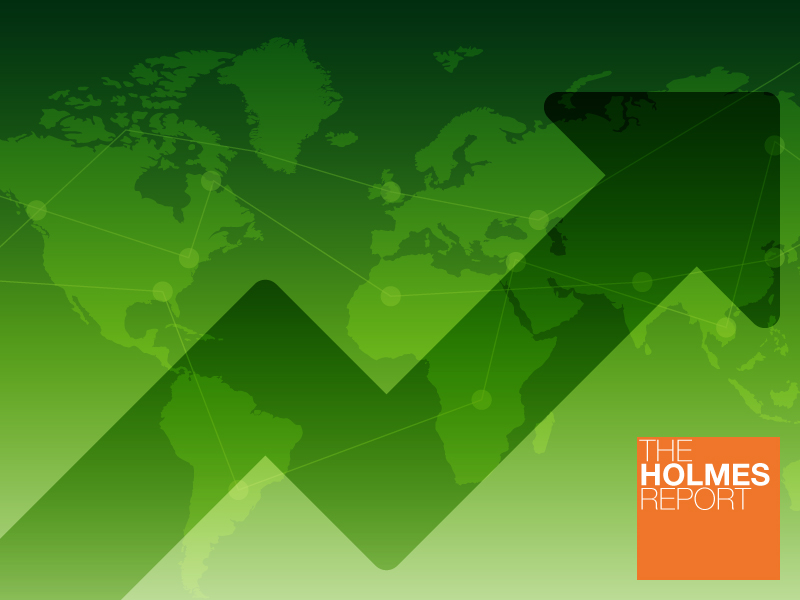 The Holmes Report unveils its ranking of the world's top 250 PR firms, revealing that growth rebounded in 2016, led by independent PR firms.

Global PR industry growth rebounded to 7.4% in 2016, based on the Holmes Report's definitive annual ranking of the world's top 250 PR firms, which is now live.

The Global Top 250, which provides the clearest picture available of global PR industry size and growth, is based on submissions from more than 400 PR firms across the world.

Accounting for the numerous firms that reported outside of the Top 250, along with the vast number of smaller firms that do not provide revenue figures, the Holmes Report now estimates the size of the global PR agency industry at $15bn, up from $14.2bn in 2015.

Meanwhile, the 'floor' for the Top 250 rises substantially, from $3.8m last year to $4.5m this year, reflecting both growth and the popularity of the ranking with firms from across the globe.

Currency volatility, in a particular the plunge in the value of pound sterling, played havoc with overall growth, as the Global 250 is calculated in US$. So, while US firms are unaffected, the many firms reporting in GBP drag the overall USD growth rate down to 4%. Constant currency growth, however, increased to 7.4% compared to 5% in 2015, based on a like-for-like comparison of those firms reporting fee income for 2016 and 2015.

"After last year’s disappointing growth numbers, the public relations industry bounced back in 2016 to turn in its best performance globally since 2013 and its second highest growth number since our first report in 2011," said Holmes Report chair Paul Holmes. "That’s encouraging news at a time when the industry is still trying to define its role in a rapidly changing marketing and communications environment. It suggests that PR firms are doing a better job of proving their relevance to the marketing executives who increasingly—as our Global Communications Report research shows—control the purse strings."

Much of the rebound in growth can be attributed to a considerably improved performance by independent PR firms, who increased fee income by 9% on a constant currency basis to around $5bn.

Unlike last year, when all firms grew at around 5%, that means that independent PR firm growth comfortably outstripped their publicly-held peers, a trend that has dominated recent PR industry history. All publicly-owned firms reported fee income of $6.1bn, growing 5.1% and accounting for 40% of the overall market.

The divide between independent and public PR agencies is even more clearly seen when analysing the performance of the Big 4 holding groups, whose PR operations grew by 3.8% to $4.7bn, led by the performance of Interpublic Group PR firms.

“The fact that midsize independent firms continue to outperform the giant holding company agencies is clear evidence that the much-ballyhooed ‘consolidation’ of our industry is a chimera," said Holmes. "The fact is that clients are increasingly looking for best-in-breed agencies in individual markets and for individual audience segments. I would suggest that as PR comes to be seen as more and more mission critical, this trend will continue and expand."

There world's Top 10 PR firms which reported fee income of $5.1bn, up 3.3% compared to 2015. While this represents slower growth from the Top 10, there were solid performances from BlueFocus, Weber Shandwick, Golin and Ketchum. More analysis here.

Omnicom's PR operations overtook WPP in 2016, regaining the effective top spot among holding group PR operations in USD terms. However, WPP's PR fee income was impacted by the decline in the value of pound sterling, in which it reports. On a constant currency basis its growth (+5%) outstrips Omnicom.

Further analysis of the world's fastest-growing PR firms, along with specific regional rankings, will follow over the coming weeks.