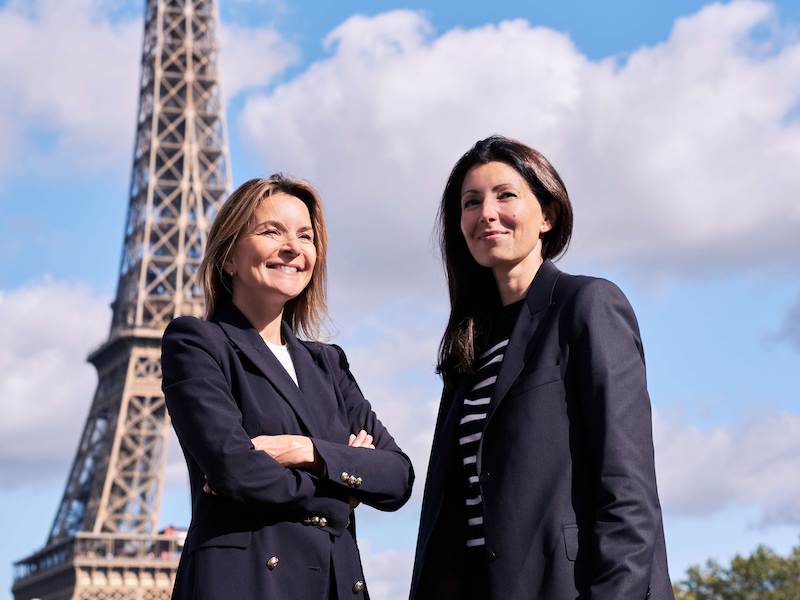 The firm will open its ninth European office next month, led by Bloomberg’s Géraldine Amiel and Havas partner Nathalie Falco.

The new office will be led by two partners: Géraldine Amiel, currently bureau chief of Bloomberg in Paris, and Nathalie Falco, currently a partner at Havas. Amiel will move to the firm at the end of November, with Falco joining her by the end of the year.

The Paris office will initially comprise seven communications professionals with a team of 10 planned by the end of Q2 2022. The team will focus on cross-border projects as well as complex issues requiring capital market, media, regulatory and political communications support.

Amiel (pictured, right) has had an international career as a journalist for more than 20 years, most recently seven years as head of editorial and newsroom management at Bloomberg in Paris. Earlier in her career, she was news editor for Dow Jones Newswires and the Wall Street Journal in Paris, as well as being Paris correspondent for CNBC Europe and holding various positions at Agence France Presse in Paris, New York, and London.

Falco (pictured, left) has advised on a number of high-profile French transactions, most recently Alstom in its acquisition of Bombardier Transport and Veolia in its successful takeover of Suez. Her focus is on capital markets communications as well as CEO positioning and restructuring communications. Before returning to France, she worked in London for 15 years, including at Maitland and Brunswick. She started her career in investment banking.

The leadership duo will work alongside Katharina Blumenfeld, a managing director from the firm’s Frankfurt office. Blumenfeld joined Finsbury Glover Hering 11 years ago and specialises in capital markets transactions and strategic positioning and currently leads the global BioNTech mandate. Her role is to integrate the Paris team and drive business development.

Phoebe Kebbel, managing partner and member of Finsbury Glover Hering’s global partnership board, said the relationship between Paris and Brussels would be essential in strengthening the firm’s position as a European Union public affairs advisory.

“Our European business has doubled over the past five years, driven by the increasing demand from multinational companies for global expertise and local presence,” she said. “Following the successful launch of our Swiss office, France is the logical next step to continue our growth path and even accelerate our strategic roadmap further following our merger in January. The internationally experienced leadership team of the Paris office could not be better suited and we are very much looking forward to working with Géraldine and Nathalie.”

Until now, Finsbury Glover Hering has worked with French communications consultancy Image Sept as associate partnership; Blumenfeld was on secondment with the firm in 2016. Kebbel said: “We’ve known Image Sept for more than 15 years and have always appreciated our cooperation. We will continue to advise joint existing clients and also recommend each other as needed.”

Earlier this month, Finsbury Glover Hering announced it was merging with Sard Verbinnen & Co to create a 1,000-strong firm operating in 25 offices around the world. Other recent hires at the firm include Craig Oliver and Amber Rudd from Teneo, and in May this year FGH hired another Bloomberg bureau chief, Daniel Schäfer, in Frankfurt.