Please refer to our Privacy Policy for important information on the use of cookies. By continuing to use this website, you agree to this.
Home Latest Sensitivities Rise As Geopolitics Takes Toll On Global Communicators 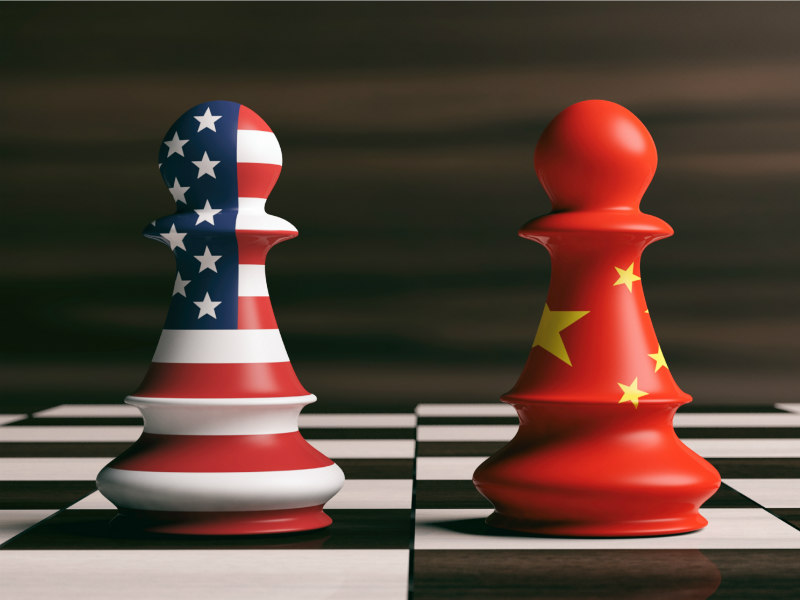 A recently revised blogpost from Richard Edelman sheds light on how geopolitical challenges are attracting increasing scrutiny in the public relations world.

It is tempting to view geopolitics as an abstract global phenomenon, but recent events remind us that these challenges are becoming increasingly intimate for corporate communicators and PR agency professionals alike, around the world.

A couple of weeks ago, for example, Richard Edelman penned a blogpost that questioned whether "truth will win out", amid considerable state-sponsored disinformation activity. Edelman was referring specifically to the Russia/Ukraine conflict, but his column included reference to China's efforts to influence public opinion.

By the end of the week, that paragraph — which was sourced directly from this WSJ article — had been excised from the post. Edelman himself declined to comment on the decision, but a new footnote suggests the WSJ reference has been "misinterpreted". Sources within the firm point to concerns that these claims originated from the Falun Gong, a cult-like organization that is viewed as a major proponent of anti-CCP propaganda.

At first glance, there does not appear to be too much wrong with the paragraph. There is little space for independent media these days in China, so the idea that its media titles are linked to Beijing authorities is not exactly controversial. The Hoover Institution, hardly a hotbed of radical thinking, has previously reported Asian Culture and Media's links to the Overseas China Affairs Office, even if those remain less than obvious.

More broadly, the fact that many of these titles are publishing misinformation about Russia and Ukraine is surely worth highlighting, particularly given the enormous influence they wield in terms of the Chinese diaspora. As is the overall thrust of the piece, which focuses on one of the critical questions facing today's public relations world. If factual information becomes increasingly devalued, what implications does that have for professional communicators? It is an issue that PRovoke Media has addressed on numerous occasions, not least in this series.

Even so, it is not difficult to see why the paragraph was removed. The initial post sparked plenty of WeChat debate in China among the country's PR community. "I can't believe [Edelman] didn't stay neutral", says a PR professional on one of these exchanges, seen by PRovoke Media. It will no doubt have caused discomfort to Edelman China's staff and clients, perhaps more so given the firm's history in the country, which includes its own unsettling brush with state-owned media.

Meanwhile, Edelman continues to attract far more attention than its peers, including justified recent scrutiny of its work for Saudi Arabia and fossil fuel clients. Much of that, perhaps, is precisely because Richard Edelman prefers to take the same advice that he gives to his clients — namely, that a CEO cannot hide when it comes to the big issues of the day.

That approach should be lauded, even if it carries obvious risks. As ever, there will be much schadenfreude from Edelman's agency rivals, some of whom will argue that the firm's public stance on ethical issues leaves it too exposed to charges of hypocrisy. Others, though, may quietly welcome the distraction that Edelman offers from their own operations when it comes to hot-button topics like Saudi Arabia, climate change and tobacco.

Many should be concerned about when the spotlight will swing their way. Five years on from the Bell Pottinger scandal, there is plenty to suggest that major industry players would rather avoid these conversations or, at best, address them from under a cloak of anonymity. But these seem like issues that require open debate and industry leadership, rather than yet more reticence and risk aversion.

Leaving aside the issue of whether reporting facts somehow translates to taking sides, the even broader issue here reflects the heightened political tensions that colour the critical business relationship between the US and China. HSBC, for example, has emerged as the poster child for these issues — a British bank that is being pressured by its Chinese shareholder to spin off its Asian operations.

The PR industry, with its close proximity to media and lobbying, and its ability to provide nuanced counsel, is more vulnerable than most to these challenges, as we have explored at length. That may partly explain why US PR firms are far less bullish on their China operations than they were a decade ago, when 20% annual growth was a baseline rather than an aspiration. Those days, as we have reported, appear to be gone — with international companies facing more challenges in terms of their growth trajectory in the country, amplified by China's zero-Covid policy.

"The real question is, are they going to have spin off businesses?" asks one global PR agency CEO, who requested to remain anonymous. "All of us will struggle with what to do in China. Do we invest more, do we spin off?"

The situation calls to mind Daryl Morey's tweet in support of Hong Kong in 2019, which saw China impose a 12-month national ban on NBA broadcasts. The ensuing controversy may not have been insubstantial — even LeBron James got involved — but the ultimate cost to the NBA's bottomline was. There is good to reason to think that corporations, and the people that work for them, are only going to become more politically outspoken rather than less, particularly if tensions show little sign of dissipating.

"It's going to very hard for these big firms to be on both sides of this divide," adds a former corporate communications head, who also requested anonymity.  "The same is true for other MNCs. I fear that choices will be forced sooner or later, especially if (God forbid) something happens with Taiwan."