Please refer to our Privacy Policy for important information on the use of cookies. By continuing to use this website, you agree to this.
Home Research For Most Users Of "On Demand Economy," Positives Outweigh Negatives 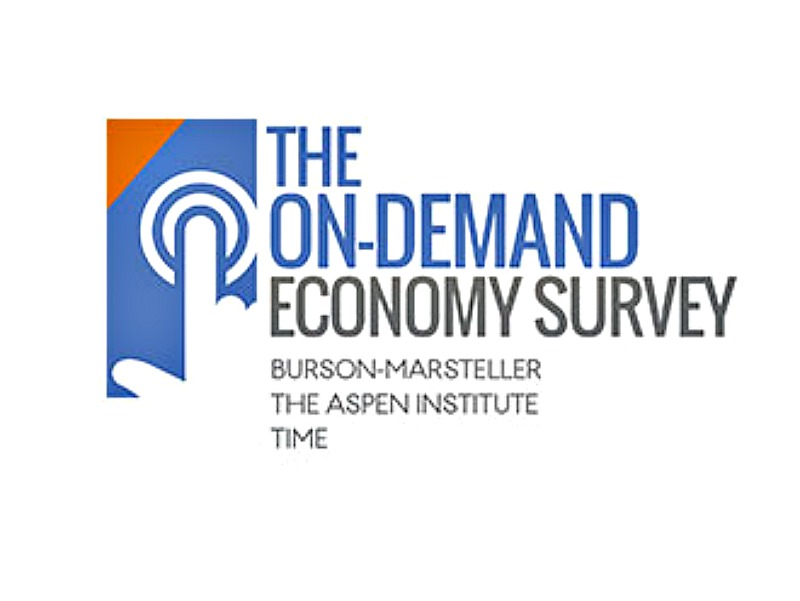 For Most Users Of "On Demand Economy," Positives Outweigh Negatives

As the “sharing economy” has grown in recent years so has criticism, but a new survey finds participants and users mostly upbeat.

As the “sharing economy” has grown in recent years—to the extent that 22 percent of people told a new survey that they have participated—so has criticism, raising public relations challenges for companies in the sector.

But that same survey—developed by Burson-Marsteller, The Aspen Institute’s Future of Work Initiative, and Time magazine—found that the majority of consumers and workers see more upside than downside to the On-Demand Economy. Although Burson’s experts warn that could change if companies don’t pay attention to stakeholder relationships and reputation.

Criticism of the sharing economy has come from the left—“these companies… are really just fronts for millionaires and billionaires to opportunistically ride off the backs of everyday people”—and from the right: “The sharing economy is bad politics. In fact it’s shot through with loopy left-wing politics and Western guiltmongering.”

There have been stories about the risks to consumers, including users of ride-sharing services Uber and Lyft who have been assaulted or otherwise injured by drivers; about Airbnb users who have found their homes occupied by prostitutes and drug addicts; and about companies taking advantage of workers by treating them as sub-contractors rather than employees. As a result, Uber in particular is facing regulatory challenges.

Similarly, 75 percent of Americans who have used one of the on-demand economy services report a positive experience, and merely one percent say their experience has been mostly negative. Eighty percent of users say that the industry saves them money and 79 percent believe the industry gives people greater access to things and experiences they would not be able to afford otherwise.

“From this study, it is clear The On-Demand Economy is here to stay, and any company that needs to appeal to consumers or understand how to manage workers, or protect and boost corporate reputation, wants to know more about what makes The On-Demand Economy tick,” says Burson-Marsteller worldwide chair and CEO Donald Baer.  “Whether it is attracting consumers, or dealing with public affairs issues in the regulatory environment, it is critical to understand what draws people to, as well as what concerns them about, The On-Demand Economy.”

The survey does provide some hint that companies will face challenges as their businesses grow: almost three-quarters (72 percent) of workers say they should be given more benefits as part of their job, and more than two-thirds (68 percent) say industry workers lack the financial safety net that other workers have.

A narrow plurality of offerors (49 percent) say the On-Demand economy should not be regulated and companies should compete to offer workers fair pay and benefits, even if it means less security, compared to 40 percent who say the government should regulate the sharing economy to guarantee independent contractors the same benefits afforded to full-time workers, even if it means fewer jobs.

“Millions of Americans are turning to the On-Demand Economy for greater flexibility and income, but still worry about their financial security,” says Senator Mark Warner of Virginia, honorary co-chair of the Aspen Institute’s new Future of Work Initiative. “As more Americans earn their income from more than one employer, we need a 21st-century social contract that meets their needs.”