Please refer to our Privacy Policy for important information on the use of cookies. By continuing to use this website, you agree to this.
Home Research GCR2018: Line Between Paid And Earned Is Blurring — And Many Consumers Don't Care 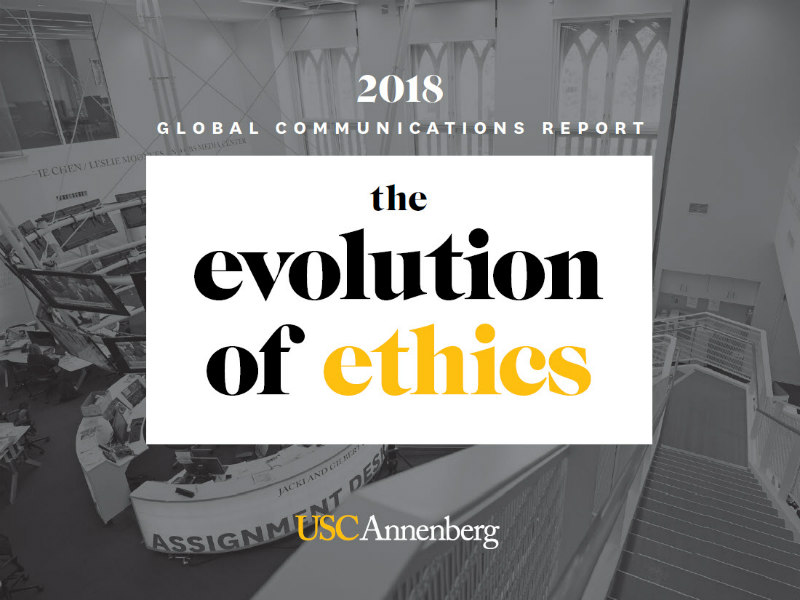 GCR2018: Line Between Paid And Earned Is Blurring — And Many Consumers Don't Care

2018 Global Communications Report finds that the trend towards branded content is an increasingly important ethical issue for PR industry.

LOS ANGELES — Almost two-thirds (64%) of public relations professionals surveyed for this year’s Global Communications Report predict that in five years the average consumer will not be able to distinguish between news stories written by journalists and promotional content purchased by an organization. And almost as many (59%) believe the average person will not care if they can tell the difference between the two.

The third annual study, released today by the USC’s Center for Public Relations at the USC Annenberg School for Communication and Journalism in partnership with The Holmes Report, is a comprehensive survey of more than 1,000 public relations leaders and students worldwide.

“As traditional advertising revenue declines, media outlets are creating new sources of revenue through branded promotional content, which has blurred the historically clear-cut line between news and advertising,” says Fred Cook, director of the Center for Public Relations. “This shift demands a higher level of transparency from business and greater level of media literacy from consumers.”

While consumers are unconcerned about the blurring line between paid and earned content, practitioners are worried: 42% believe the trend toward “branded content” is a potential ethical issue. An even greater number (52%) are concerned about the related, fast-growing practice of paying celebrities, YouTubers or Instagrammers to create content that promotes various products and brands.

As a result, PR executives predict a decline of resources devoted to earned media over the next five years, as owned and paid media budgets continue to grow. 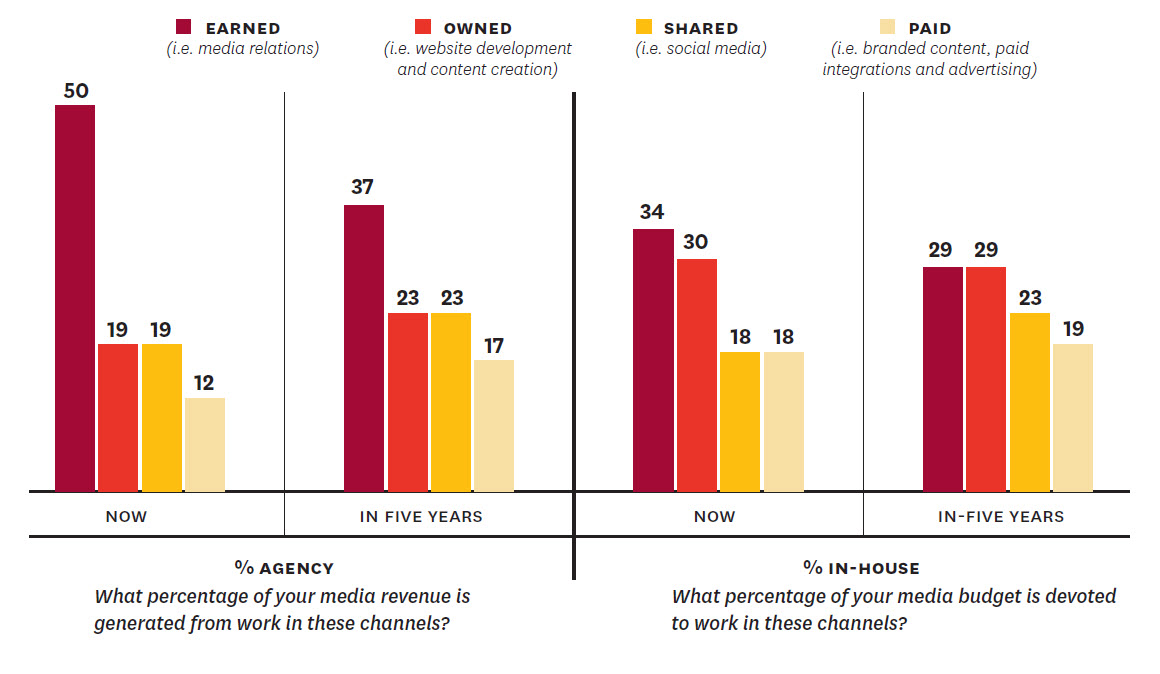 “The PR industry will have to adapt to a world in which the lines between paid, earned, owned and shared media are not only blurring, but largely irrelevant in the minds of consumers,” says Paul Holmes, founder of The Holmes Report and a partner in the research. “But at the same time, credibility and trust will be more important than ever. That means PR people need to apply even more rigorous standards of integrity and honesty to their work, whatever media they are using.”

The report also highlighted some of the other ethical challenges facing the industry. The vast majority (92%) of professionals cited “fake news” as the most challenging ethical threat, followed by the purposeful distortion of the truth (91%). Defense of malicious behavior (88%) and lack of corporate transparency (81%) are also high on the list of potential ethical issues confronting communicators. 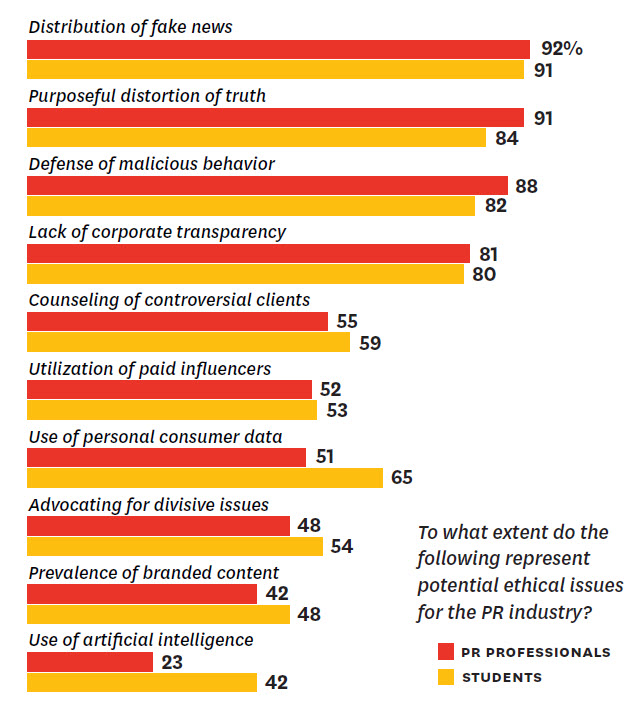 “Today, communications professionals regularly find themselves in the middle of complex ethical situations, which impact the image of their organizations and their profession,” Cook says. “As we witness every day, even the slightest hint of unethical behavior can result in permanent damage to the reputation of a company or an individual.” 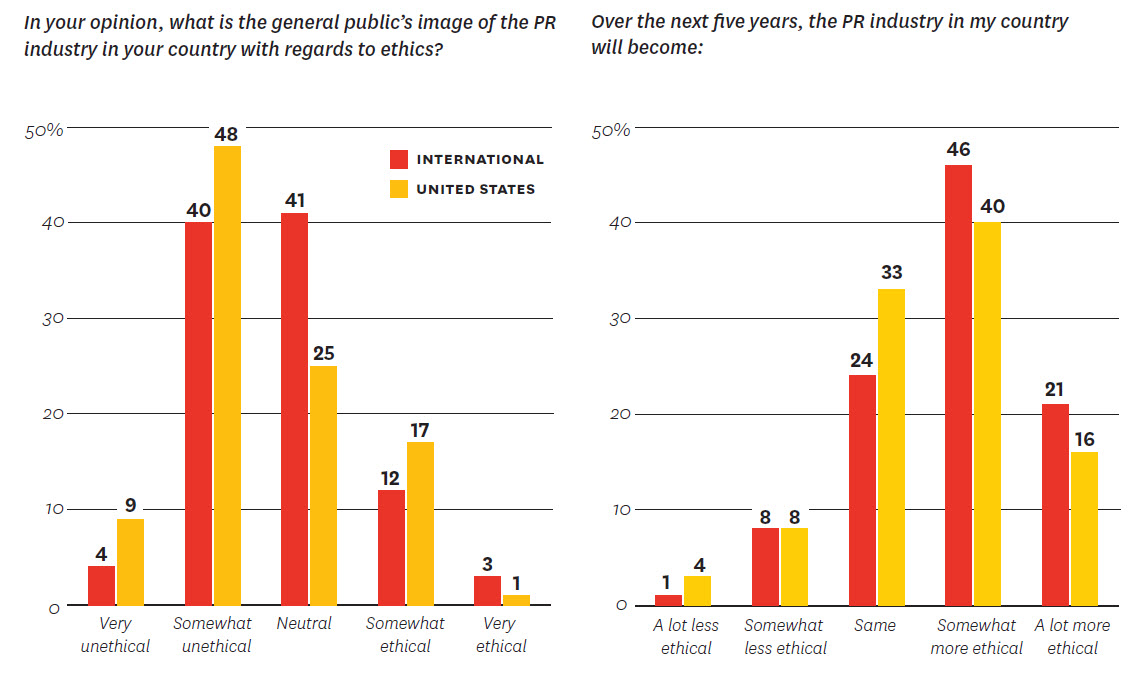 Even though 55% of public relations executives cite working for controversial clients as a potential ethical issue, 82% believe that all individuals, organizations and governments have the right to PR counsel. However, 95% of those same communicators state they personally would not represent or work for certain organizations, individuals or governments due to ethical concerns. Tobacco (79%) and firearms (74%) top the list of industries they believe represent potential ethical issues. Representing political candidates is not far behind at 60%. 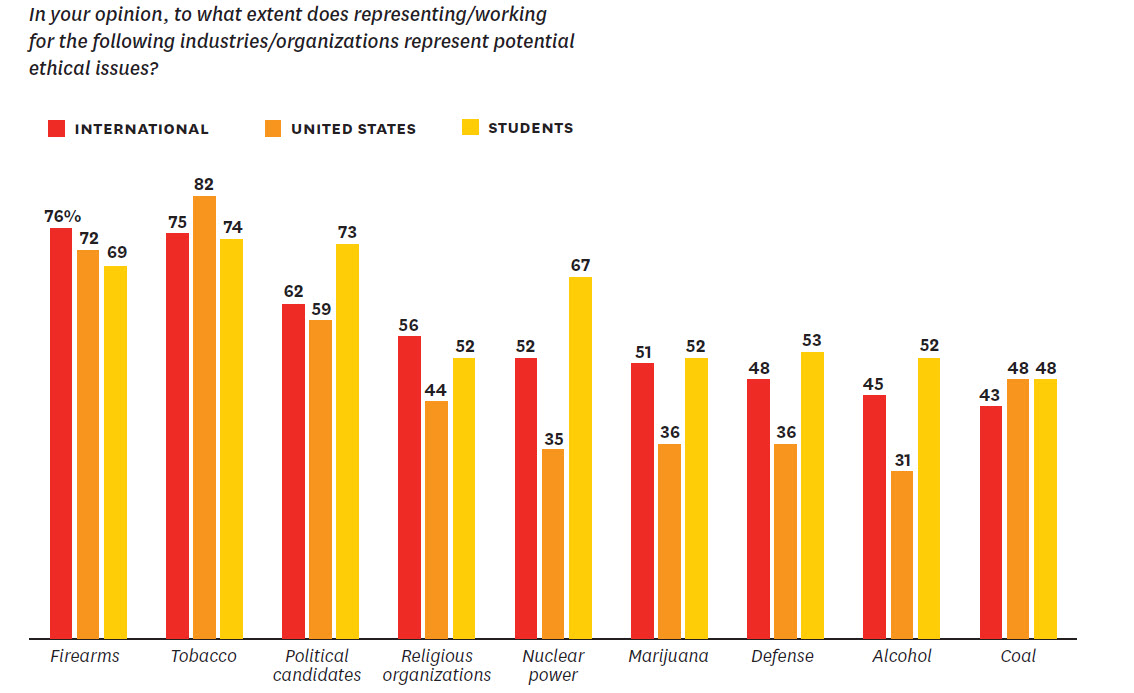