Please refer to our Privacy Policy for important information on the use of cookies. By continuing to use this website, you agree to this.
Home Research The Struggle Is Real: CEOs Agree Diversity Drives PR Innovation 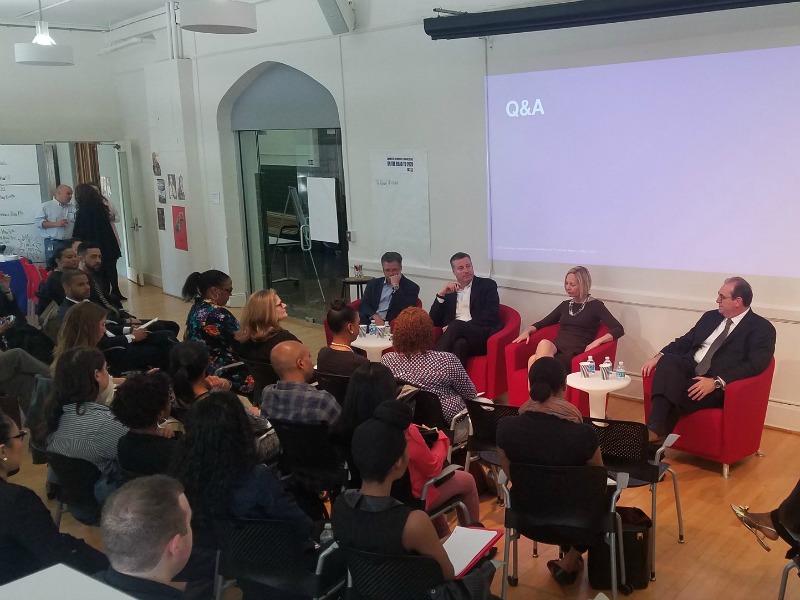 CEOs from a number of firms discuss how to improve PR industry diversity, as part of new CCNY research that focuses on how agency leadership is tackling the challenge.

NEW YORK — PR agency CEOs are being challenged to play a critical role driving industry diversity, according to new research conducted by the City College of New York's Branding and Integrated Communications (BIC) Program, in conjunction with the Holmes Report.

A panel of agency CEOs discussed the findings in New York last week, following an overview of the research from BIC associate professor Angela Chitkara, who interviewed numerous agency leaders about their efforts to drive a more diverse workplace.

While all the CEOs agreed that MacAfee's observation that "diversity drives innovation", the research underscored the challenge the industry faces. Approximately 85% of corporate executives are Caucasian men, while 47% of millennials consider diversity and inclusion to be determining factors in where they will work. Meanwhile, as Chitkara explained, the CEO is the foremost brand ambassador, setting the tone for diversity within the company.

"Our clients want that diversity, that melting pot, that their own constituents are dealing with on an everyday basis," said Harris. "What I hope to get out of this is a commitment up action from my peers and others in the industry."

The CEOs outlined initiatives that are underway to improve diversity levels within their agencies, including reverse mentoring; ensuring minorities can retain their cultural identity within the workplace; and bias-free, objective hiring practices for CEOs.

"The industry's been talking about workplace diversity for a long time. What's different today is it's become mission critical, we can't go on as we have. The tension isn't enough to take us further," said Hovland.

There was a particular focus on unlearning implicit bias in order to hire diverse persons. Flaherty, for example, discussed Ketchum's Launchpad program, a web-based hiring initiative aiming to advance applicants based strictly on their responses to questions posted on the website.

"Applicants log onto our site and create an avatar. We have no knowledge of the university they graduated from, their gender, age or hometown. They answer questions and are voted to the top by peer nomination based on their responses," said Flaherty, noting that the program strips away conscious and unconscious bias.

When it comes to hiring, though, Chitkara's research found a divergence of opinion on diversity metrics. "To some extent it is a numbers game, it has to be a numbers game because if you're not focused on increasing your numbers, you're not going to be successful," Weber Shandwick CEO Andy Polansky told her.

Others were less convinced. "It should never be a numbers game," remarked Harris. "I think it should just be inherent in who you are and what you stand for."