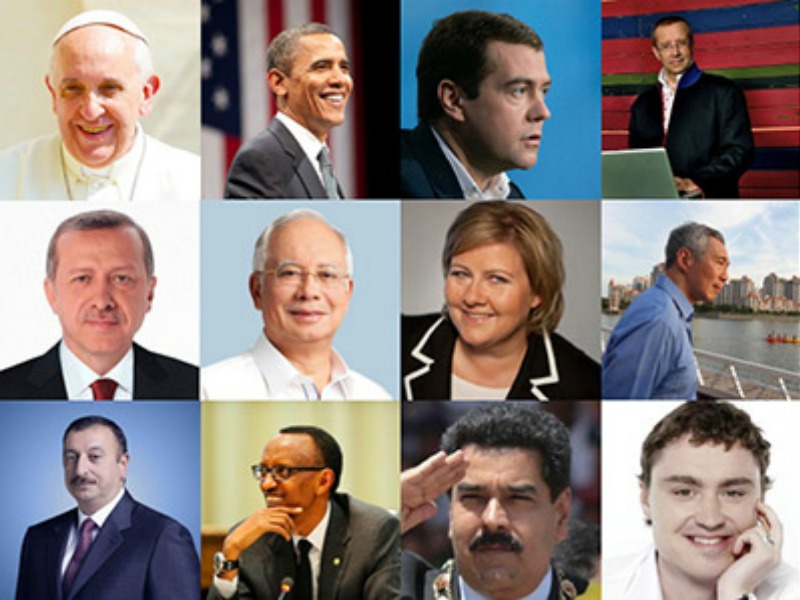 Over the past four years, Twitter has become the social media channel of choice for world leaders to reach large audiences with key messages and soundbites.

Over the past four years, Twitter has become the social media channel of choice for world leaders to reach large audiences with key messages and soundbites, according to Burson-Marsteller's latest Twiplomacy study, which aims to identify the extent to which world leaders use Twitter and how they connect on the social network.

Governments are putting more effort into their social media communication and are including more visuals and videos in their tweets. Some, such as the @Elysee Palace, are regularly posting six-second Vines to summarize state visits or to cheer their national team, as the German Foreign Ministry did during the World Cup.

A handful of leaders, including the Elysée Palace and the Kremlin, are also early adopters of Twitter's new livestreaming application, Periscope, and Colombia's President Juan Manuel Santos has recently gone live on Periscope to announce the resumption of air raids against the FARC rebels.

The study analyzed 669 government accounts in 166 countries and revealed that 86 percent of all 193 United Nations governments have a presence on Twitter. In addition, 172 heads of state and government have personal Twitter accounts and only 27 countries, mainly in Africa and Asia-Pacific, do not have any Twitter presence.

All but one of the G20 governments have an official Twitter presence, and six of the G7 leaders have a personal Twitter account. However, few world leaders are tweeting themselves.

"This study illustrates that governments are becoming savvier and more professional in the use of social media," says Jeremy Galbraith, CEO of Burson-Marsteller Europe, Middle East and Africa and global chief strategy officer. "It is interesting to see how foreign ministries have honed their social strategies and built substantial dedicated teams to manage their online channels. We believe corporations can learn a lot from governments and their leaders on Twitter."