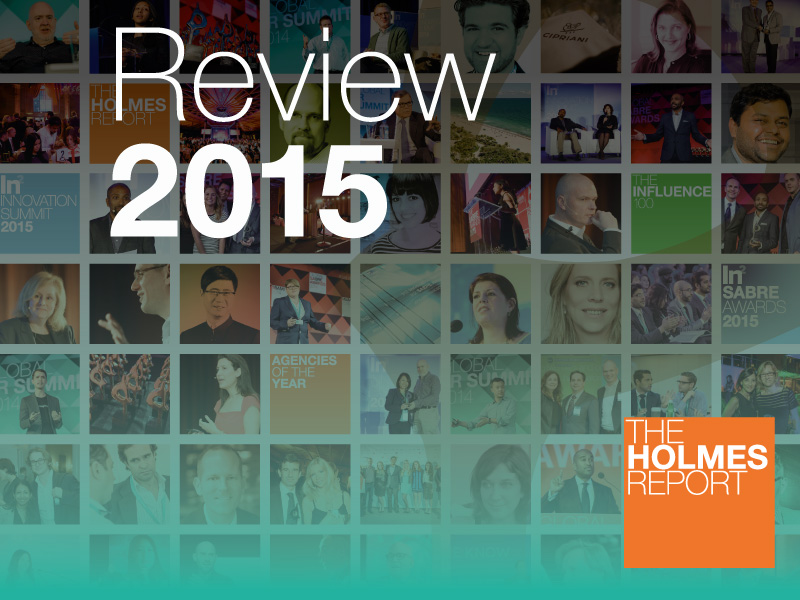 We continue our 2015 Review with our 10 most-read news stories of the year. As ever, we've excluded awards and ranking stories as they skew results. Even accounting for that, though, it's clear that one PR firm dominated the agenda this year — no prizes for guessing who.

1. Beleaguered Volkswagen Calls On Hering Schuppener To Lead Global Crisis PR
Unsurprisingly, top spot is taken by what was probably our biggest scoop of the year. The Volkswagen emissions scandal is no ordinary crisis, and the news that the automaker had enlisted four PR firms to fight its corner proved remarkably popular. Since then, Volkswagen has undergone a significant reshuffling of its communications leadership, as the 78-year-old company attempts to salvage its battered reputation.

2. Edelman's American Petroleum Institute Assignment Ends
In media terms, Edelman endured something of a difficult year in 2014, hitting the headlines for its climate change stance and continuing relationship with the American Petroleum Institute. The news that it had ended its association with the powerful oil industry lobby was the first step in a move away from coal producers and climate change deniers,  following a two-year review of the firm's operations by Europe president Michael Stewart, and after Richard Edelman made his own views about climate change very public. The ramifications of this decision continue — Edelman has since stopped working with Anglo-American — but mark a pivotal moment in the debate around agencies and sustainability.

3. H+K Strategies Expands To Nigeria After Landing Twitter PR Brief
We have documented Africa's emergence on the global PR map in some detail, and this story effectively reflected this trend. Twitter has big hopes for Africa, and WPP firm H+K Strategies has similar ambitions for the continent, adding a Nigerian operation to an existing footprint that includes Egypt, Ghana, Kenya, Rwanda, South Africa, Tanzania, and Uganda.

4. Alan VanderMolen Exits Edelman After China Probe
Edelman's China issues first reared their head in 2014, after CCTV anchor Rui Chenggang was detained. Chenggang, it emerged, was previously a shareholder in the US firm's Pegasus China subsidiary. Edelman began an internal investigation and placed former Asia-Pacific chief Alan VanderMolen on leave. Eventually, and to little surprise, VanderMolen left the firm this summer, after almost a decade at Edelman. In a June interview with the Holmes Report in Cannes, Edelman CEO Richard Edelman said that his firm remained committed to China, and dismissed concerns that it could face further sanctions.

5. Ketchum Inks $400k PR Deal To Improve Honduras Reputation
Who needs Russia? Ketchum rebounded from the unravelling of its high-profile relationship with the Russian government to secure a new assignment working for Honduras' beleagured leadership. As with Russia, it is understood that the agency will focus on economic development and promoting investment in Honduras. Unlike the Russia deal, though, this one may attract a little less attention.

6. Two Edelman Execs On Leave Amid China Probe, Sources Say
Our news that Edelman had placed VanderMolen (see 4 above) and Asia-Pacific CFO Philip Channon on leave came as a genuine surprise, suggesting that Edelman was circling the wagons after its well-publicised issues in China. Ultimately, both executives would leave — but it's hard to say that anyone came out of this situation looking good. And it's also worth noting that Edelman accounted for three stories out of the top six — proof that the world's biggest PR firm is as good at making the news for themselves, as they are for their clients.

7. HSBC Extends Pierre Goad's Remit To Include HR, Names New Comms Head
If public relations is to grasp its opportunity to truly lead organizational decision-making, then it will likely need more examples such as the one provided by Pierre Goad, who this year expanded his remit beyond communications to include human resources. Goad admitted that he had much to learn, but noted that it was "the new modern, integrated version of communications."

8. Cohn & Wolfe Acquires India's Six Degrees PR
Quite possibly the worst-kept PR acquisition secret in a country where rumours travel fast finally came to fruition in September, with Cohn & Wolfe snapping up highly-rated Indian independent Six Degrees. For the WPP PR firm, the deal marked the latest stage of an aggressive Asia-Pacific expansion plan. For Six Degrees, and the Indian PR industry in general, it represented another vote of confidence, with more deals expected in 2016. At the very least, don't expect the rumours to stop.

9. Omnicom PR Firms Access And Emanate Merge To Create $35m Agency
With the changes at Publicis Groupe and WPP's continued focus on 'horizontality', it is easy to see why many in the industry saw a trend towards agency consolidation in 2015. At Omnicom this took two forms: more collaboration among individual firms, most notably for P&G, and more concrete consolidation, as demonstrated by the merger of Access and Emanate. Another trend to watch in 2016.

10. Always #LikeAGirl Named Best PR Campaign In The World
In a year when PR industry gender issues finally got the attention they deserved, it was fitting that Always #LikeAGirl was named Best PR Campaign of the Year at the Global SABRE Awards in Miami. The debate about which firm should get credit for what will rumble on, but should not detract from an iconic initiative that helped to redefine perceptions of young women, beating out strong competition, including CVS Quits and Stop the Wedding.