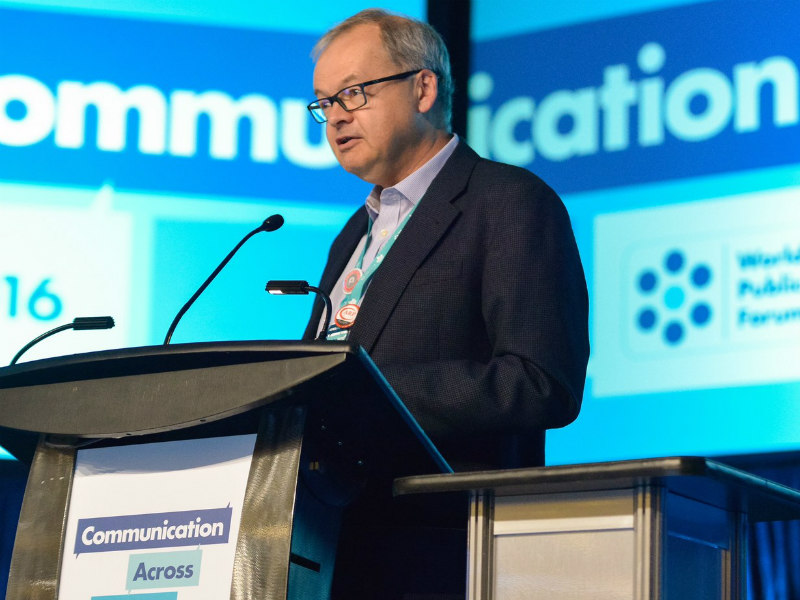 Canadians Trust Their Big Institutions. But Facebook? Not So Much

TORONTO — Canadians have largely maintained the trust in institutions that has eroded elsewhere, but their confidence in social media platforms — most notably Facebook — has tanked, according to the 2018 CanTrust Index.

The annual report from the agency Proof, released Tuesday, found trust in Facebook dropped to 34% among Canadian consumers in 2018, down from 51% the previous year. Trust in the platform’s newsfeed fell for the second straight year to 18%, down from 31% in 2016.

Overall trust in social media platforms is stagnant at 22%.

“The past couple of years of global events and questions around the US election have really undermined confidence in Facebook, and we expect that it has probably fallen even further since this study,” said Proof CEO Bruce MacLellan, noting the survey was done before the platform’s recent privacy scandal.

MacLellan said the findings, based on 1,560 Canadians 18 and older, are “not surprising. Facebook didn’t have a very good year and they made the cardinal error of not only having a crisis but badly managing a crisis.”

Which doesn't mean respondents aren't using Facebook; 84% said they are on the site weekly.

Canadians also have a general mistrust of AI, the study found.  Only one in four Canadians, say they trust this industry category, pulled lower by Canadians over age 50, at only 18%. The number rose to 33% for consumers aged 18-24 years old.

On the other hand, the study shows Canada isn’t suffering from a lack of confidence in leaders, government, the press and big business the way other countries, notably the US, are.

Canadians ranked their companies' CEO or most senior boss as the leader they trust the most at 55%, up from 51% in 2017. Québec residents scored their bosses higher at 58%. Close behind were mayors at 52%, the Governor-General at 48% and the Prime Minister at 46%. Premiers ranked last at 33%, pulled down.

The overall pecking order when it comes to levels of trust in Canada's major sectors shows the not-for-profit sector continues to be most trusted, by 61% (up from 57% last year) of respondents, to do what is right for Canada and Canadians. The news media in Canada ranks second at 51%, virtually the same as 50% in 2017. Small and medium sized businesses rank third at 45%, up slightly from 41% last year. Governments rank next at 39%, a virtually identical result to 2016 and 2017. Large corporations retain their hold on last place at 28%.

New Canadians who have been in the country for fewer than 15 years are more likely to trust everything from leaders and institutions to brands and content, the study found. Trust decreases among newcomers as they spend more time in Canada, with trust among those in the country for 15 or more years mirroring those who were born in Canada. This 15-year window of trust presents a marketing opportunity for many organizations looking to build rapport with this growing population, MacLellan said.