Please refer to our Privacy Policy for important information on the use of cookies. By continuing to use this website, you agree to this.
Home Research FutureBrand Index 2018: The Rise Of The Purpose Brand 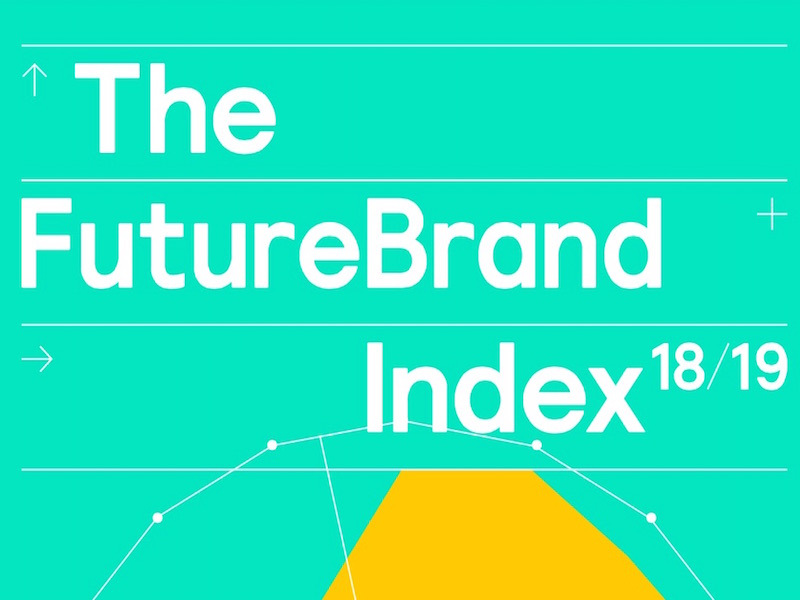 FutureBrand Index 2018: The Rise Of The Purpose Brand

Annual index of how “futureproof” the world’s top companies are shows Disney toppling Apple from the top spot.

LONDON — FutureBrand’s annual index of how futureproof the world’s top companies are has found that “purpose brands” such as Disney and Apple now dominate the list of the top 25 brands.

A number of brands have risen through the index this year. Disney (ranked 50th in terms of market capitalisation) has taken the top spot, up three places and toppling Apple, which is now in fourth place. Nestlé has risen ten places since 2016 to 24.

Chinese liquor giant, Kweichow Moutai, meanwhile has entered straight in at number two, thanks to brand experiences such as an alcohol-centred university, and soon a luxury hotel, in line with its premium image amongst younger, affluent Chinese drinkers.

The news is mixed for well-established brands. Apple, Disney and Abbvie have shown their resilience – which FutureBrand puts down to them striking a balance between purpose and experience – but others are sliding down the ranks.

Big tech companies are falling down the list. Facebook has tumbled 37 places versus 2016, with Microsoft, IBM and Alphabet all dropping 10 or more spots. The report says: “Increasingly perceived as developing technology for technology’s sake, tech brands are struggling to demonstrate the tangible benefits their innovations bring to consumers’ lives. This has been compounded by recent high-profile scandals involving tax avoidance and the misuse of data, with a direct impact on individual trust for major tech companies.”

In contrast, tech innovators in specific sectors like healthcare are doing well. Gilead (up from 10th place to third) and GSK (up from 57 to 27) have risen significantly. The report states: both have invested in digital transformation resulting in a positive impact on perceptions of being both innovative and having a clear purpose. Healthcare companies also outperform their traditional tech counterparts in terms of “wellbeing” – a key driver in this year’s index.”