Please refer to our Privacy Policy for important information on the use of cookies. By continuing to use this website, you agree to this.
Home Research Global Communications Report: Why Talent Is The PR Industry's Critical Challenge 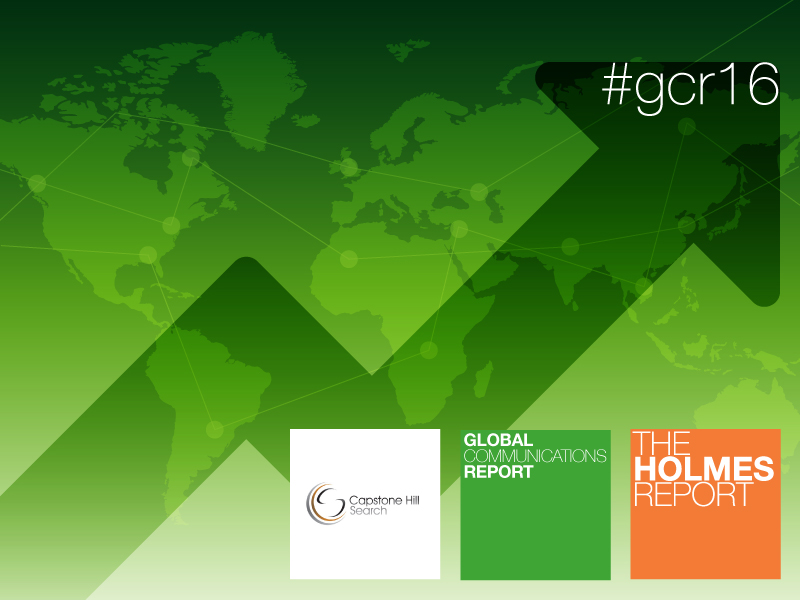 Both agency and corporate executives strongly believe that the ability to attract and retain the right talent is the greatest challenge facing the global PR industry, according to the inaugural Global Communications Report.

The Report, which launched last week, is based on a comprehensive worldwide survey of more than 1,000 senior public relations executives, led by the USC Annenberg Center for Public Relations in conjunction with the Holmes Report.

While the findings suggest that overall industry growth prospects are good, questions remain over the industry's ability to adapt to a rapidly shifting landscape. And chief among these concerns is talent, which is identified as the greatest challenge preventing agency and in-house executives from reaching their future goals. 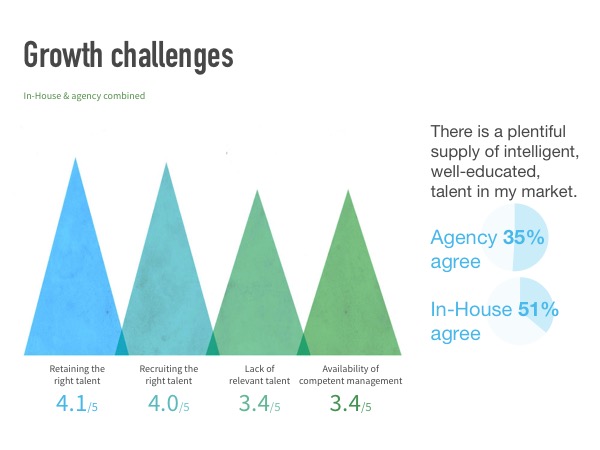 Clients were more sanguine about the availability of competent management (3.44), tightening corporate budgets (3.43), the lack of relevant skills (3.32) and a shortage of quantifiable measurement techniques (3.32).

Similarly, agency leaders' concerns over talent rank well ahead of the lack of relevant skills (3.54), tightening corporate budgets (3.42), the availability of competent management (3.41) and the need for better forms of measurement (3.32).

But agencies were much more likely to be concerned about the industry’s ability to attract and retain “non-traditional” talent. More than half (55%) of agency respondents disagreed with the statement that “the PR industry in your market does a good job of sourcing talent from outside the industry,” with 9% disagreeing strongly.

Both in-house (2.54) and agency leaders (3.21), furthermore, are relatively unconcerned about competition from other disciplines such as marketing and advertising (2.54).

Recruitment  and skills — not changing fast enough?
"The industry simply cannot continue to cannibalize itself when it comes to talent" Perhaps that’s because—despite changes in the communications landscape and new demands for multi-channel communications campaign— both clients and agencies continue to focus on traditional sources of talent.

For in-house leaders, the most important source of talent remains other in-house departments (3.53 on a scale of one to five), followed by PR agencies (3.21) and news media (3.02). Agencies too are more likely to cannibalize their competitors (3.69) for new talent. But they are more willing than their client-side counterparts to seek new people in non-traditional sectors, including research and analytics (3.23) and advertising and marketing (2.79).

"The industry simply cannot continue to cannibalize itself when it comes to talent," said Holmes Report CEO Paul Holmes. "The fact that agencies are looking first to other PR firms and to corporate communications departments is worrying at a time when we need new kinds of thinking and new kinds of skills. People are the key to transformation, and as an industry we need to look for those people in a wider range of settings."

There is some indication that departments are looking elsewhere for talent, however. Research and analytics (3.03) is an increasingly important source of talent, along with advertising and marketing (2.6) and other professional services such as law and management consulting (2.31)

"A significant challenge in addressing demand for the best talent with broadening skill sets lies with a seemingly ongoing lack of willingness to source or consider talent from outside traditional PR roles," said Capstone Hill Search president Jamie McLaughlin.

"This conservative approach sees agencies continuing to opt for cannibalising competitors for new hires, while client side, the primary source remain other in-house departments or PR agencies. Both are strategies which continue to place pressure on retention rates."

Perhaps one reason that traditional sources of talent are still a priority is that traditional expertise still tops the list of skills viewed as key to success over the next five years. Written communications is the skill ranked as most important by client and agency respondents (89%). Media relations is further behind (63%). 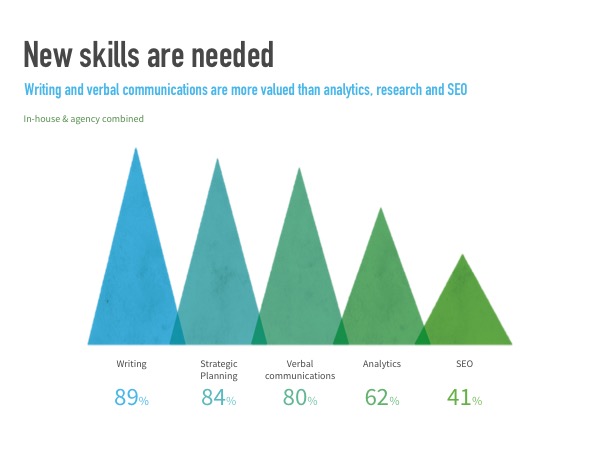 Writing—which might be considered a 'price of admission' ability for a communications department—was ranked as more critical than strategic planning (84%), social media expertise (76%), and multimedia content development (76%) and a long way ahead of things such as business literacy (62%), analytics (62%), research (48%), search engine optimization (41%), and behavioral science (32%).

"There are two possible explanations for the focus on written communications, and neither of them is particularly encouraging," pointed out Holmes. "The first is that many respondents still don’t believe that the ability to write well—which really ought to be a ‘price of admission’ to the industry—is still in short supply. The second is that respondents are underestimating the rise of visual communications—infographics and animation and video more broadly—and the other new skills we need to attract."

When asked what personal traits they felt were critical for the future, industry leaders ranked traditional values of teamwork (92%) and hard work (82%) near the top — but they also believe their teams are already strong in these areas. They say more horsepower is needed in curiosity, creativity and critical thinking. 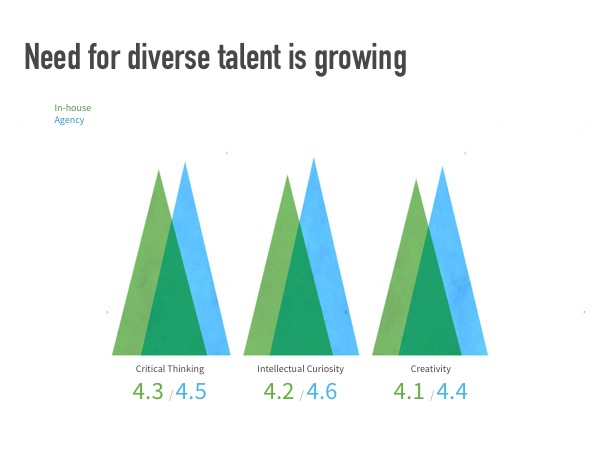 On the topic of cultural diversity, only 45% of agency heads and 44% of corporate executives believe their ranks are as diverse as their clients’ customers or stakeholders. Both groups cite lack of access to diverse talent at senior and entry levels as the primary challenge.

"It’s clear that finding the right talent is by far the most critical factor in the PR industry’s future growth,” said Fred Cook, director of the USC Center for Public Relations . "The more complicated question is what skills should this talent possess. Industry leaders still value traditional communications skills but are searching for more strategy, creativity and diversity."

The Holmes Report's ongoing analysis of these findings and more can be found at our Global Communications Report section, covering everything from growth opportunities and challenges, talent, investment, media shifts, client-agency relationships, changing models and more.