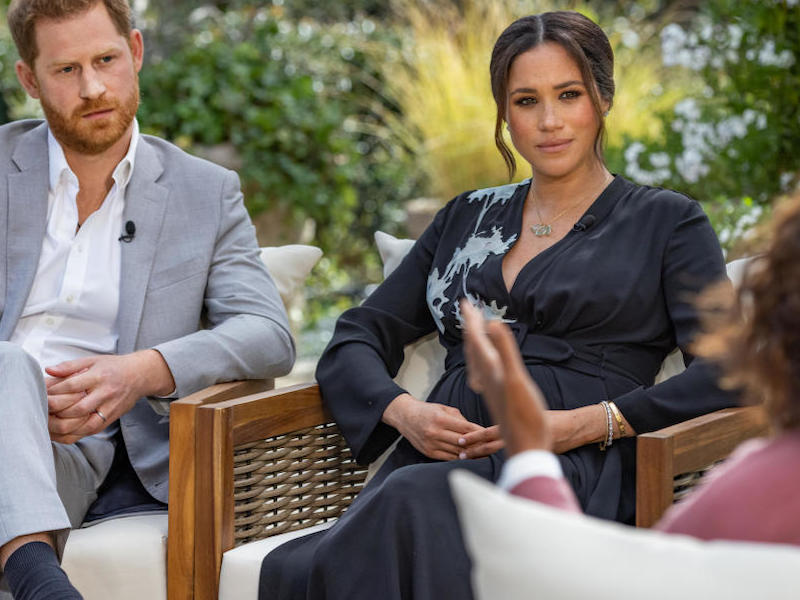 LONDON — After their explosive interview with Oprah Winfrey last week, an exclusive poll for PRovoke Media by Stickybeak has shown that the PR industry views Prince Harry and Meghan Markle’s account of their experiences of racism as most damaging to the royal family.

When asked what the most damaging allegation was for the royals, 73% of the 70+ practitioners who responded to the Stickybeak survey on the day after the interview went live said racism. During the interview, Markle said that when she had been pregnant with the couple’s first child, Archie, there had been “concerns and conversations about how dark his skin might be when he’s born.”

A further 21% of respondents said the allegation that the royal family had failed to provide psychological support for Meghan when she felt suicidal was the most damning.

The survey also asked what post-interview advice practitioners would give both the royal family (which later responded with a short statement that created its own wave of analysis and commentary) and Meghan and Harry.

Crisis management advice for the royals ranged from apologising to the couple, to announcing an internal review or investigation of the institution with regards to racism and mental health support, and “be seen to be human.”

Advice for Meghan and Harry included “continue to be measured in their public statements, refuse to be drawn into media arguments, continue to publicly show that they care about individual members of the royal family while criticising ‘The Firm’ as an institution."

A significant number of respondents felt that both the royal family and – in particular – the couple should not, in fact, say anything further, with comments ranging from “This whole mess needs no more fuel for the fire. Everyone’s coming out of it badly. It needs to settle down for now” to the more blunt “shut up”.

At Ketchum, CEO UK, global client solutions Jo-ann Robertson said: “No-one has won this PR war. Both have come out of it damaged. The best thing the royal family and the Sussexes could do is have a period of quiet. Behind the scenes, the royal family needs a D&I strategy to modernise the monarchy, otherwise they will not be fit for the future.”

In terms of how the interview was received on either side of the Atlantic, there was a marked difference in opinion, with 70% of practitioners saying it would be incredibly damaging or damaging to the reputation of the royal family in the US, compared to 47% who felt it would damage the royals’ reputation in the UK.

The survey also looked at the expected impact of the Oprah interview compared with the royal family’s other recent controversial media interview, Prince Andrew on BBC Newsnight in November 2019, talking about his association with Jeffrey Epstein and the alleged trafficking and abuse of underage girls – named by many outlets including PRovoke Media as one of the biggest crisis management cases of the year.

Beyond the survey, we asked a number of PR practitioners for their response to the interview, including those of colour. At Wimbart, MD Jessica Hope said: “For anyone who is black or mixed race in this country, the revelations re concerns on the darkness of an unborn baby's skin tone are unsurprising. I think most people are too tired to even be disappointed.”

Hope also said: “Ahead of the interview, the British press and various commentators were pretty damning and vitriolic about Meghan and Harry wanting to control and own the narrative and be so controlling. Having seen what they had to say, and what they have been subjected to, who can blame them for dictating things on their own terms - that's just good PR?”

And she added: “I think the royal family and their advisors and comms team missed a massive opportunity to actually use Meghan for good – helping to sensitize 'Little Britain' and some of the die-hard royalists to 21st century multiculturalism.”

Another senior UK practitioner who did not wish to be named said Harry and Meghan’s comms management approach had been effective: “It looks objective, but in reality, it’s as controlled as advertising. They have created a powerful narrative as the wronged party, and given their ongoing conflict with the UK media in particular and the long backstory that Harry and the wider royal family have there, it's hardly surprising that they've used such a tried and tested approach.

“They have told their story persuasively and powerfully, tapping into the lived experience of many women and people of colour whose voices have been ignored for centuries, and it looks like they’ve been initially very successful in positively engaging an audience that they may look to monetise in the future.

“The challenge will be maintaining engagement of their audience whilst maintaining control of the message. They used classical techniques very skilfully here, but the circumstances and opposition were perfectly set up for it. So, what next? Perhaps this should be seen as a combination of a brand launch following an MBO, creating a new identity for the brand so that it can engage its consumer base and drive enhanced revenues in the future.”