Please refer to our Privacy Policy for important information on the use of cookies. By continuing to use this website, you agree to this.
Home Research Asia-Pacific PR Industry: White Execs Dominate Higher-Paid Roles 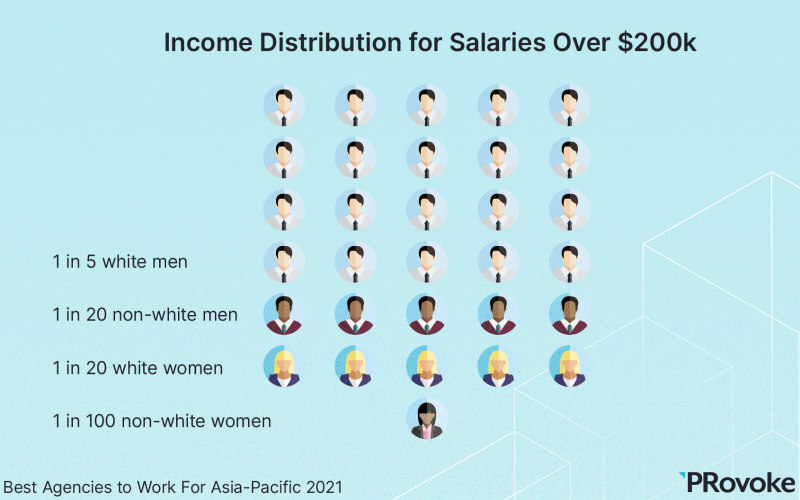 Exclusive data from PRovoke Media's Best Agencies to Work For study reveals the extent of the pay and promotion gap at Asia-Pacific PR agencies.

Exclusive data from PRovoke Media's Best Agencies to Work For study reveals the extent of the pay and promotion gap at Asia-Pacific PR agencies, with four times as many white men and five times as many white women reporting annual earnings of US$125k+, compared to their non-white peers of the same gender.

The findings, based on extensive responses from more than 1,100 employees at 24 PR agencies across the region, provide a comprehensive picture of industry compensation, culture and working practices. The first instalment of this analysis, conducted by Rockland Dutton Research & Consulting, focuses on pay equity and broader diversity and inclusion trends across Asia-Pacific PR firms, including specific breakdowns for four key geographic markets.

More than two in five white men (42%) report earning over $125k per year, despite accounting for just 6% of the overall workforce. One quarter of white women are above the same earning threshold, but it is a much lower proportion for other groups. 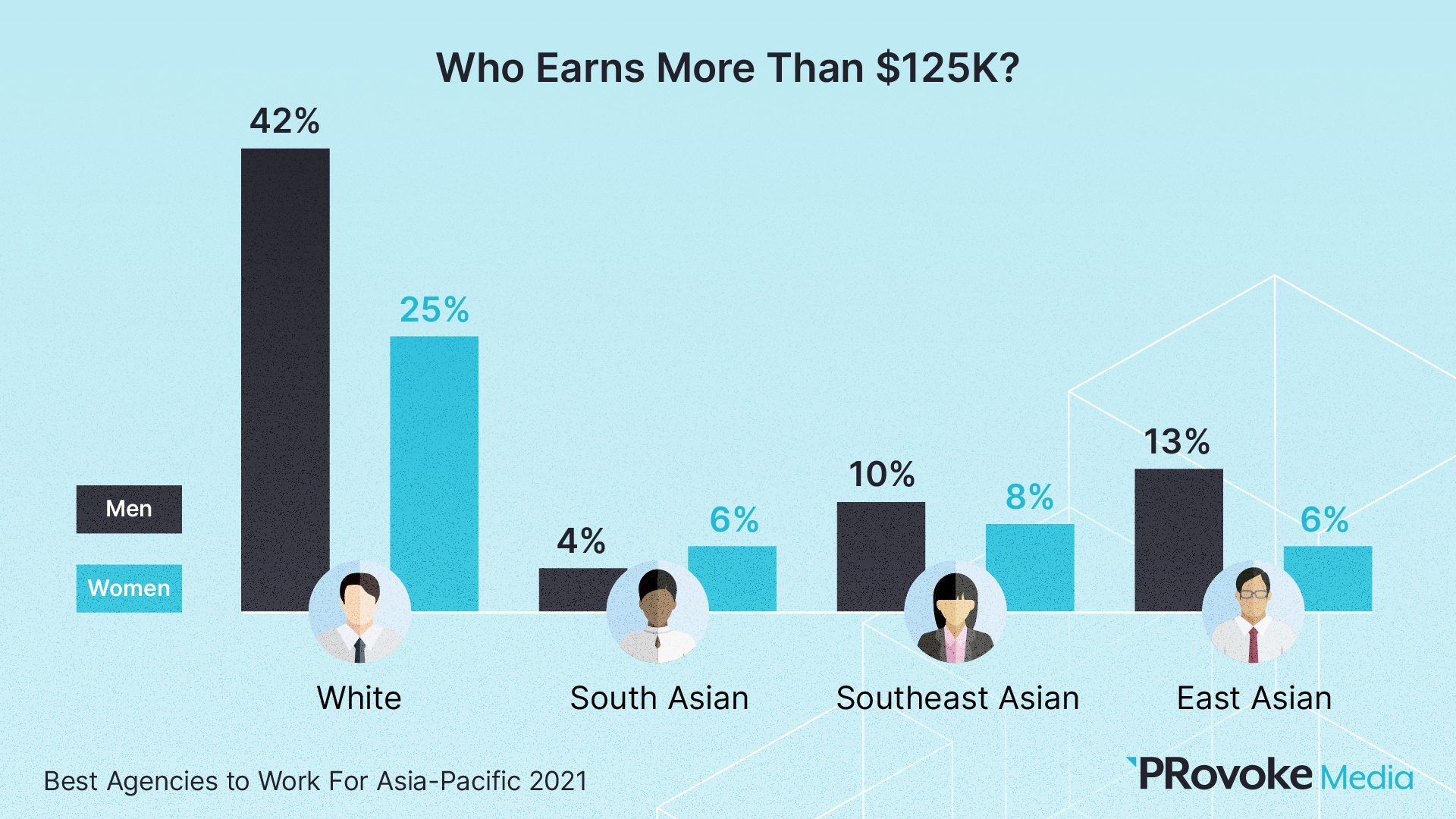 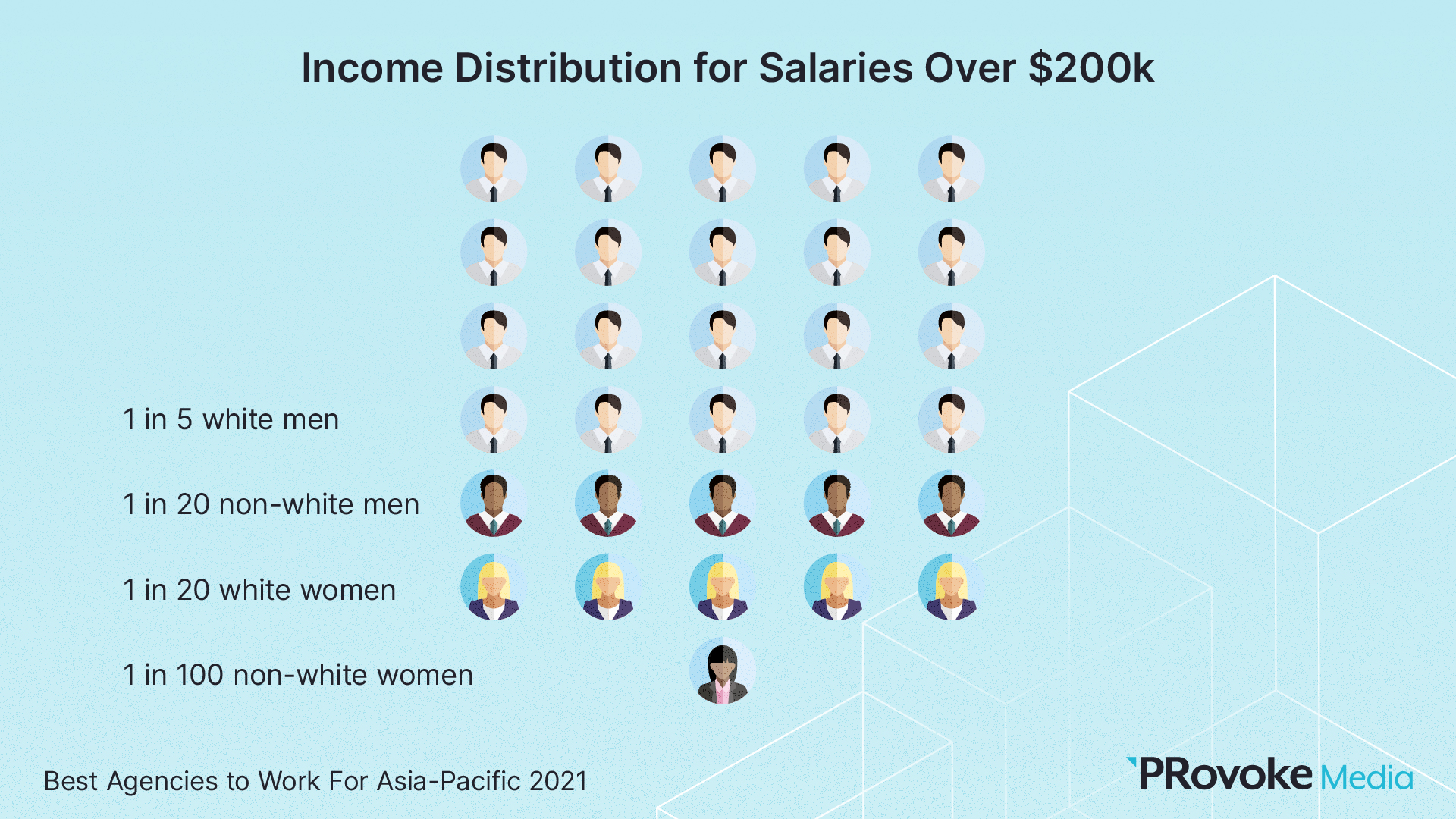 The picture becomes even more skewed at higher salary levels, where nearly one in five (18%) white men report earning in the top three income ranges ($200k+). Around one in 20 white women and Southeast Asian men report earning the same, compared to just 1% of non-white women.

In terms of gender, men and women tend to earn similar amounts although slightly more men (15%) report top earnings over $125,000, compared to women (10%). Larger proportions of white men and women report earning over $50,000 compared to other groups. South Asian men and women largely earn less than $20,000 and have fewer reporting earnings above $50,000.

When it comes to specific geographic markets, ethnicity sample sizes are too small to make broad generalizations. That is not the case, however, when it comes to gender. And the latter findings reflect some worrying trends. 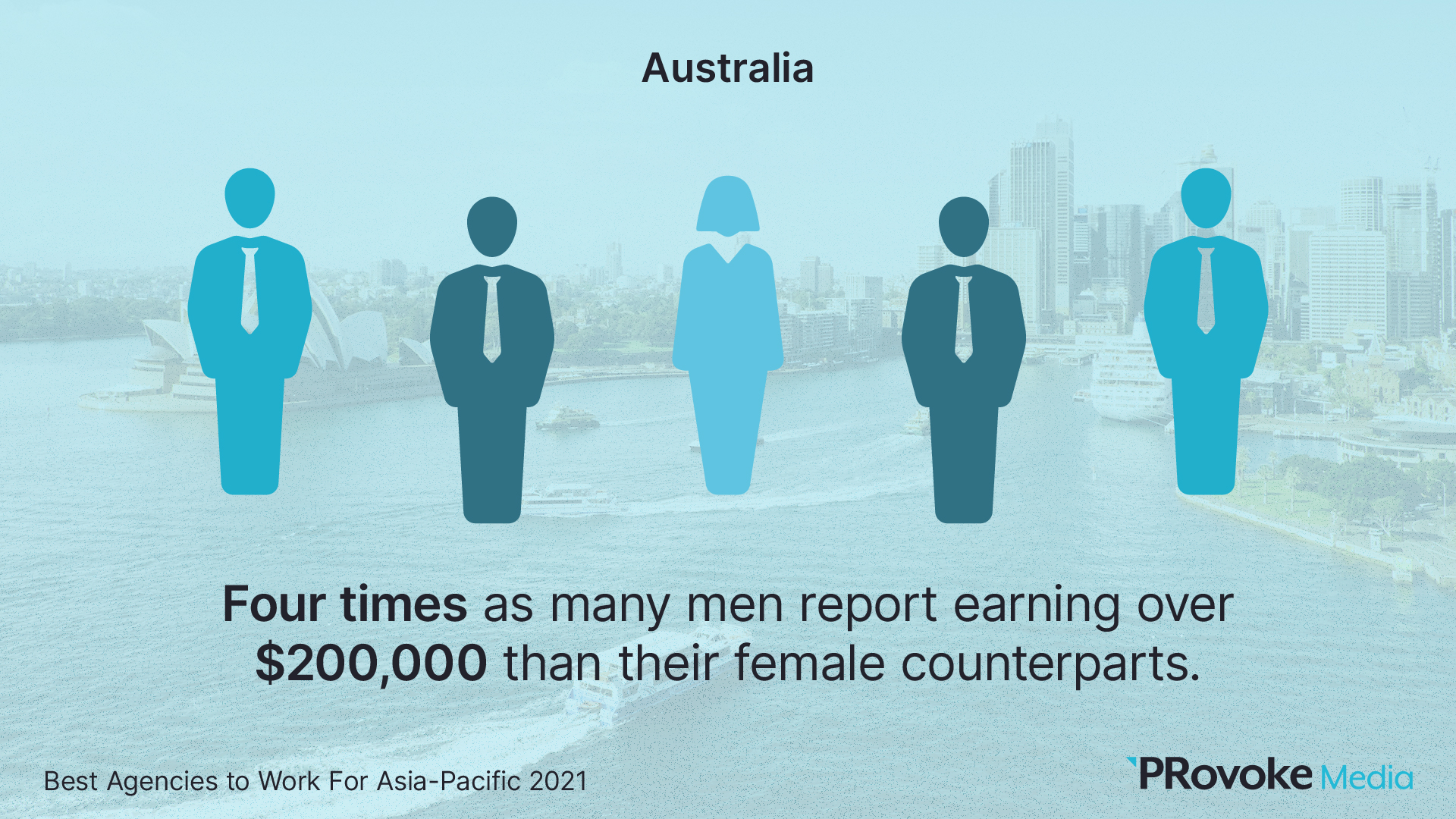 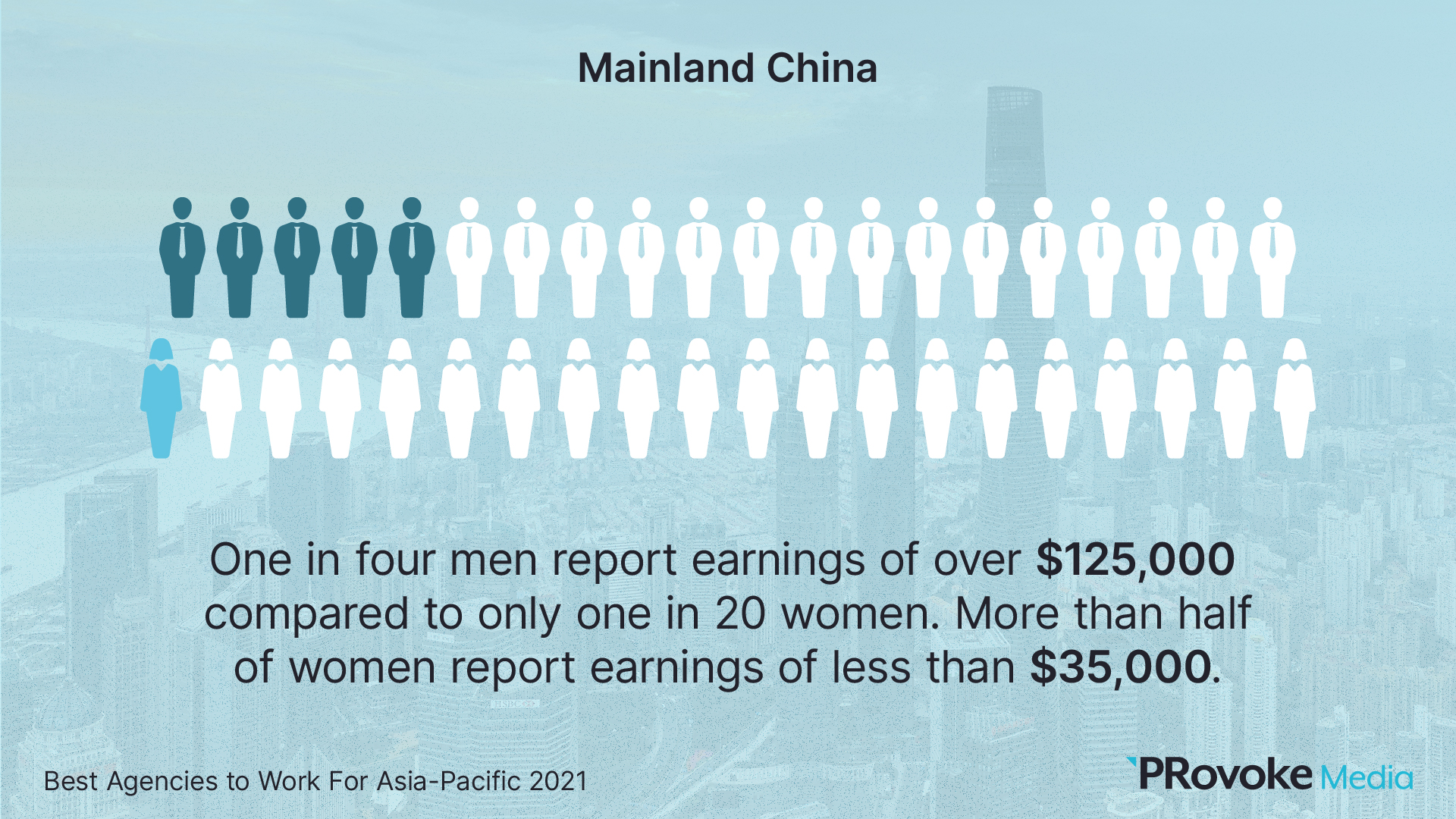 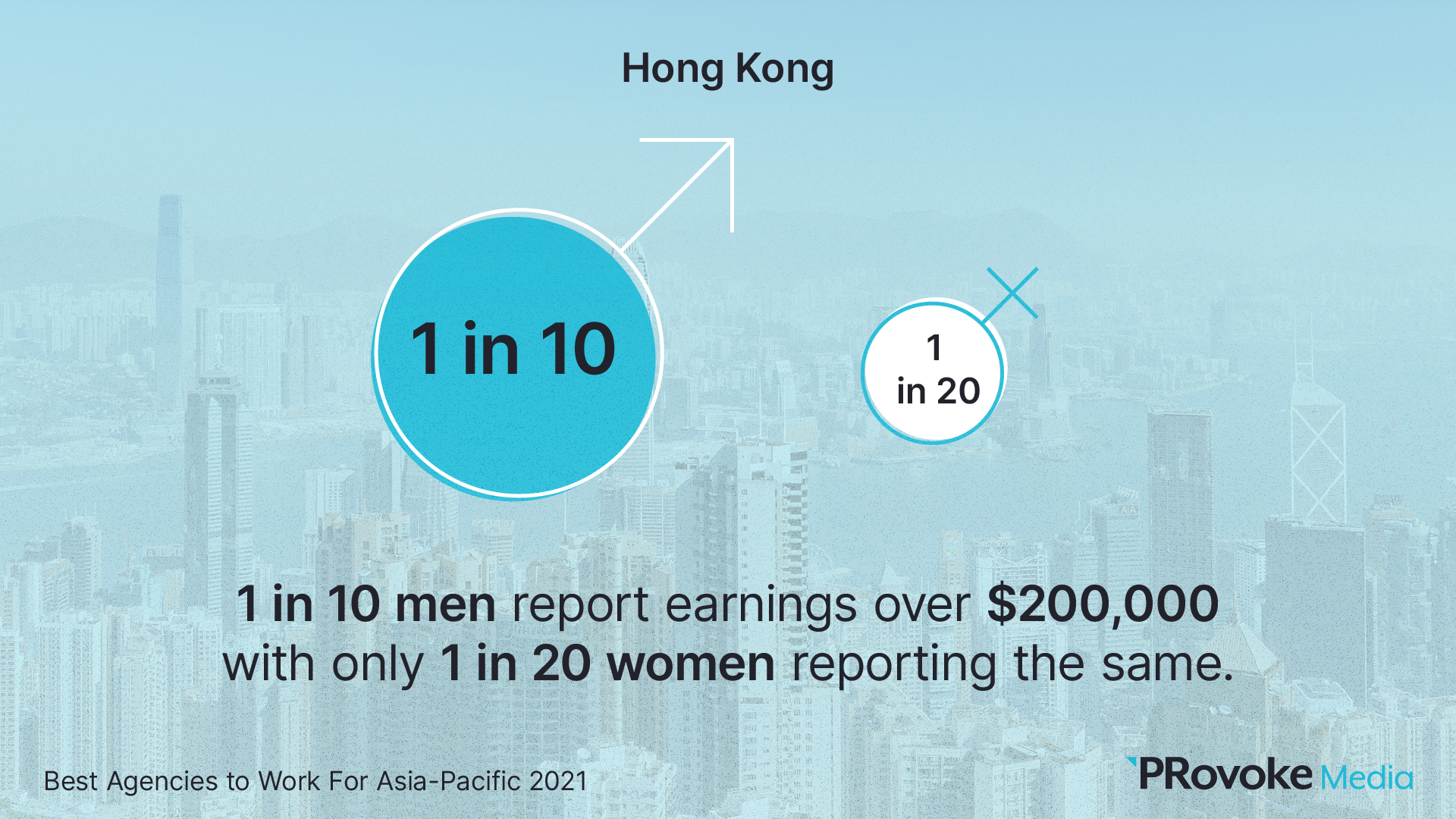 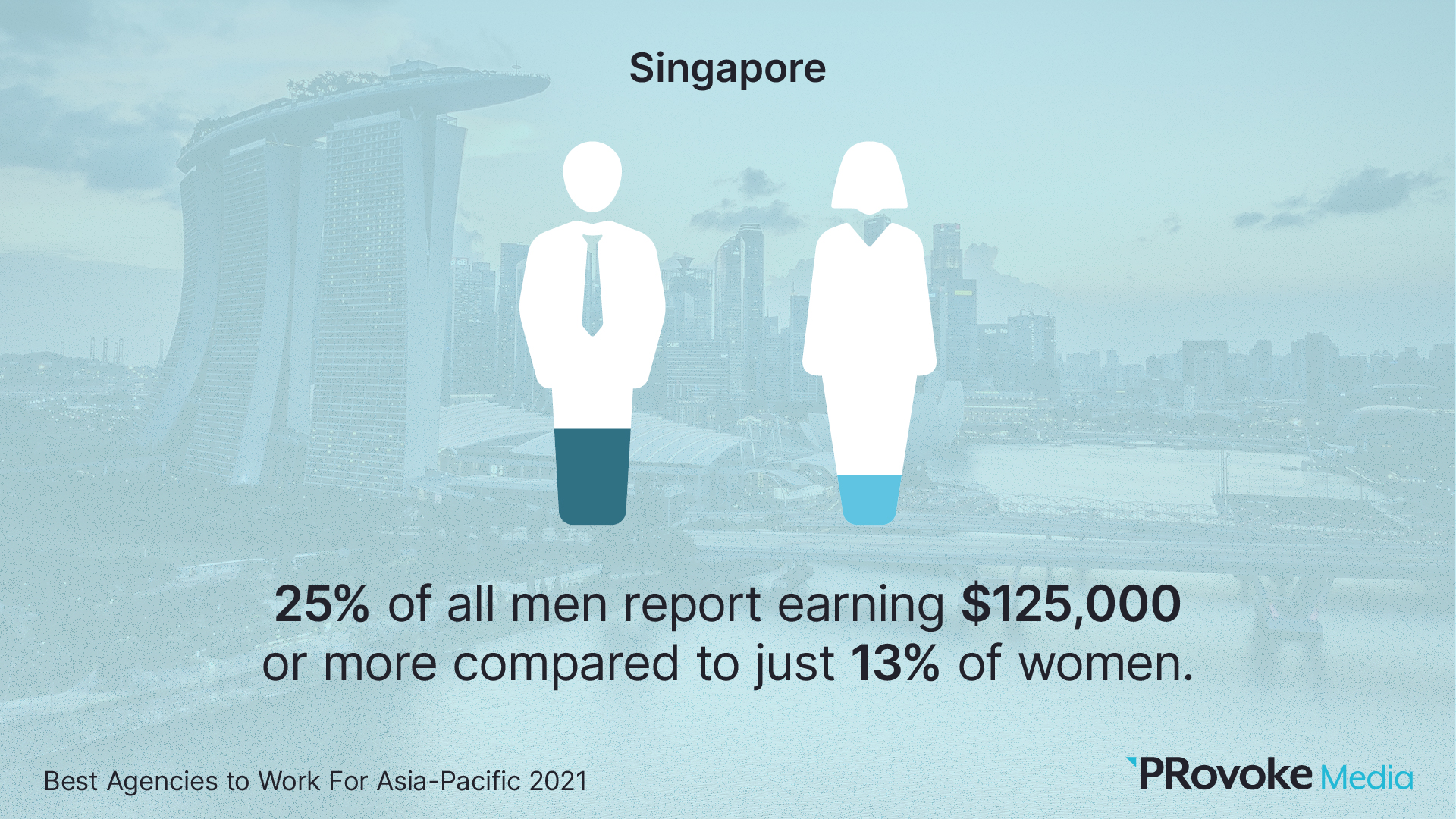 The overall findings are consistent with the higher percentage of senior positions that are occupied by white men and women. Although only one in five (17%) industry members identify as white, white employees comprise more than a third of EVP and partner level positions. 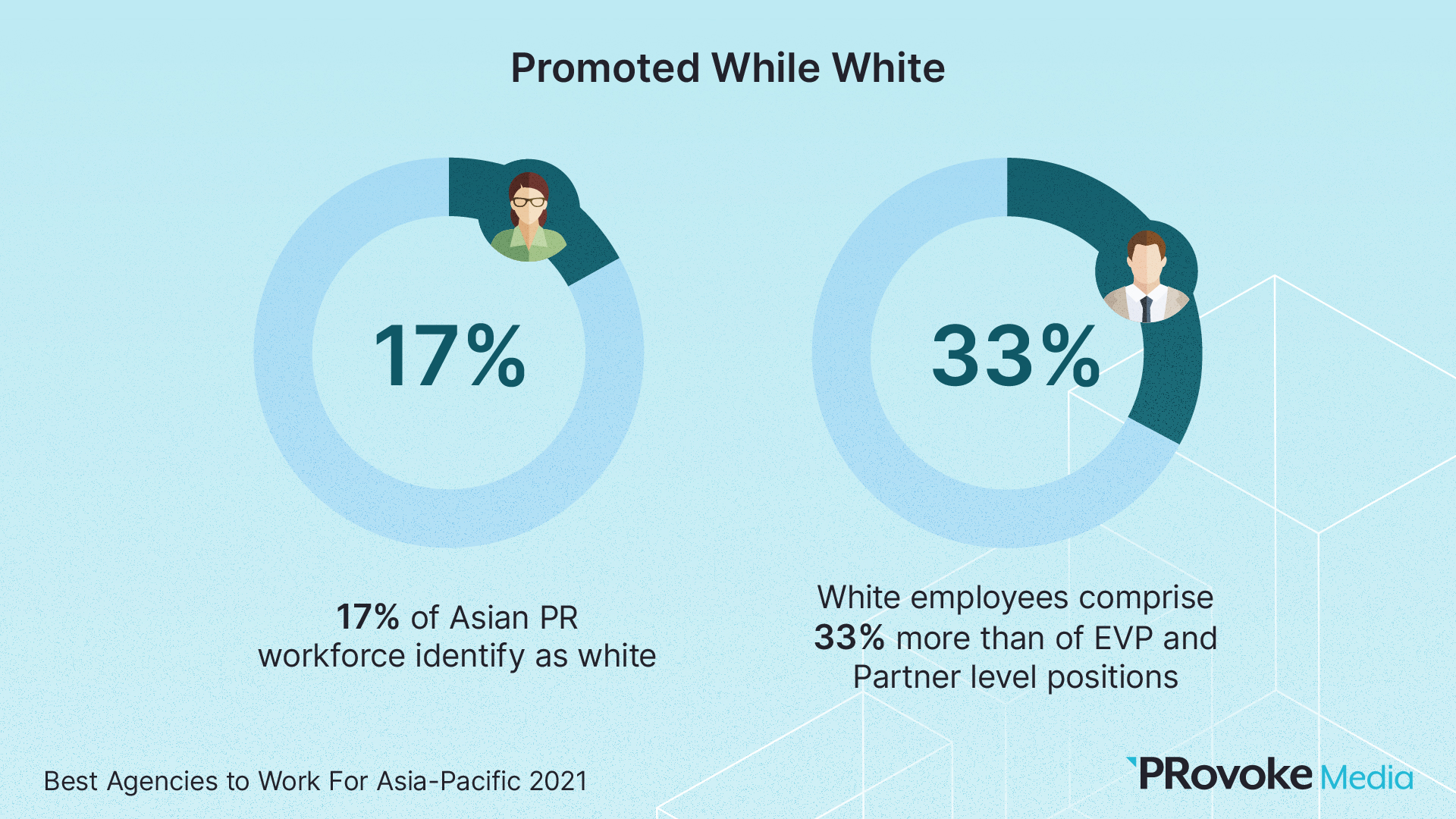 Meanwhile, roughly two-thirds of the industry are female (68%), but all positions above director are comprised of proportionately fewer females than the industry at large. While that represents a more equitable gender distribution than Best Agencies to Work For results in North America and EMEA, men remain over-represented at higher levels compared to the proportion of the PR workforce that they account for. 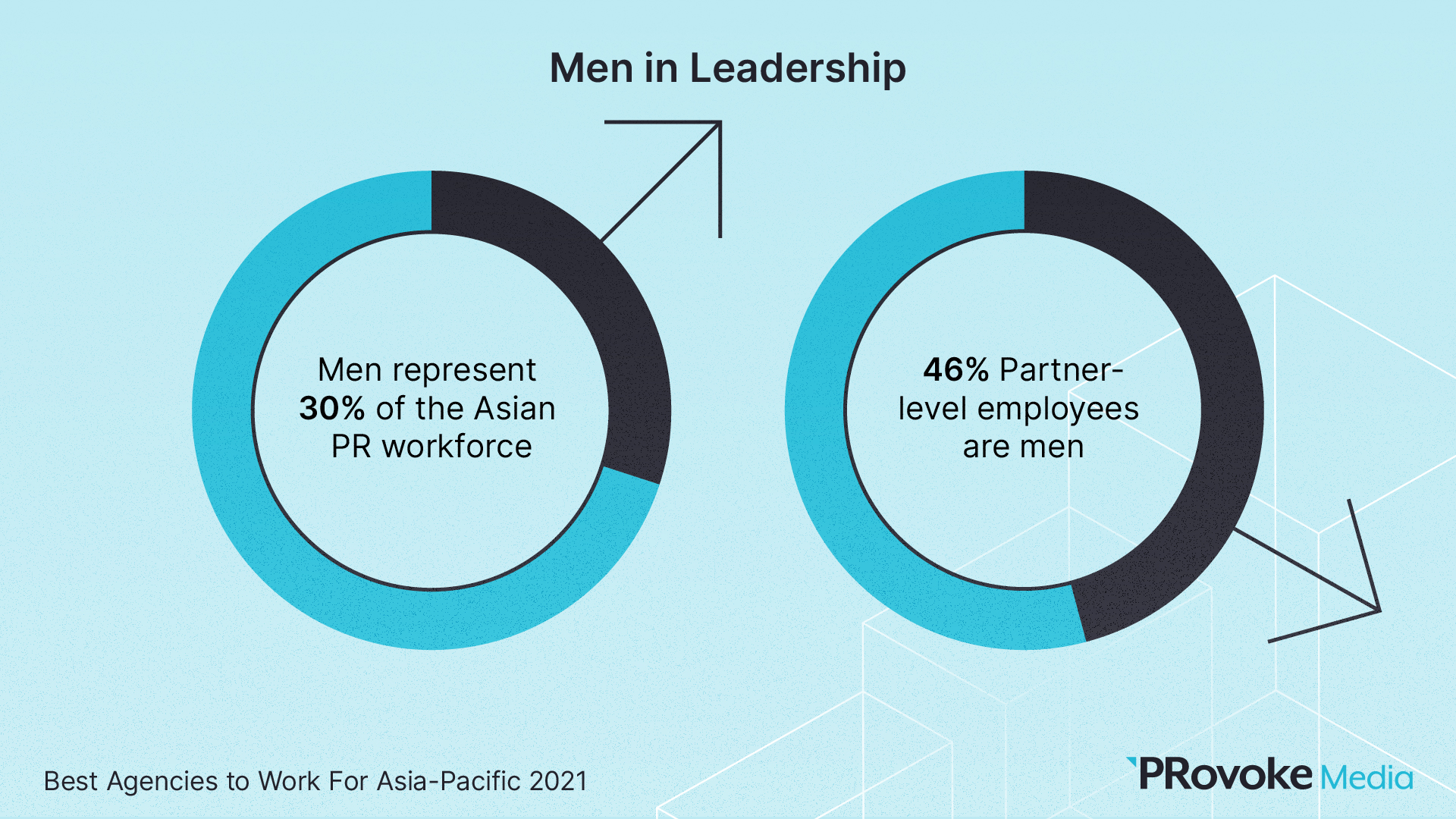 Diversity in the workplace

The majority of employees feel that their agency does a good job of empowering women in leadership and nearly three quarters believe that diversity of opinion and academic background is valued in their agency. In contrast, only about six in ten feel that there are opportunities for employees 50 and older. 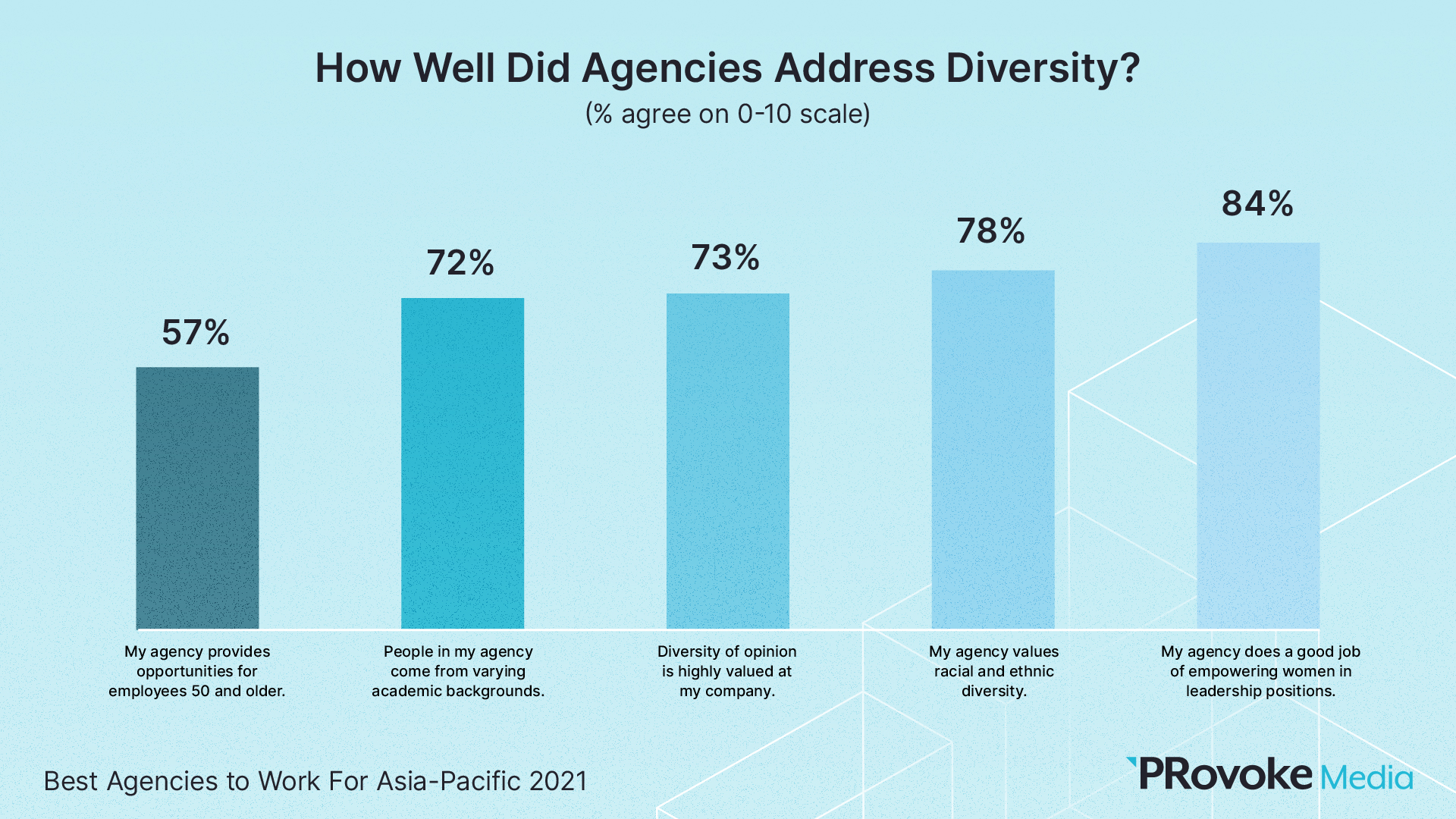