Visual content remains the key area in which the PR industry is focusing its creative efforts, according to the fifth edition of the Creativity in PR study, with both clients and agencies concerned about a continuing aversion to "risky" campaigns.

The 2016 Report, co-authored by Now Go Create and conducted in conjunction with H+K Strategies, asked respondents to rank the most influential trends that are informing their creative work. 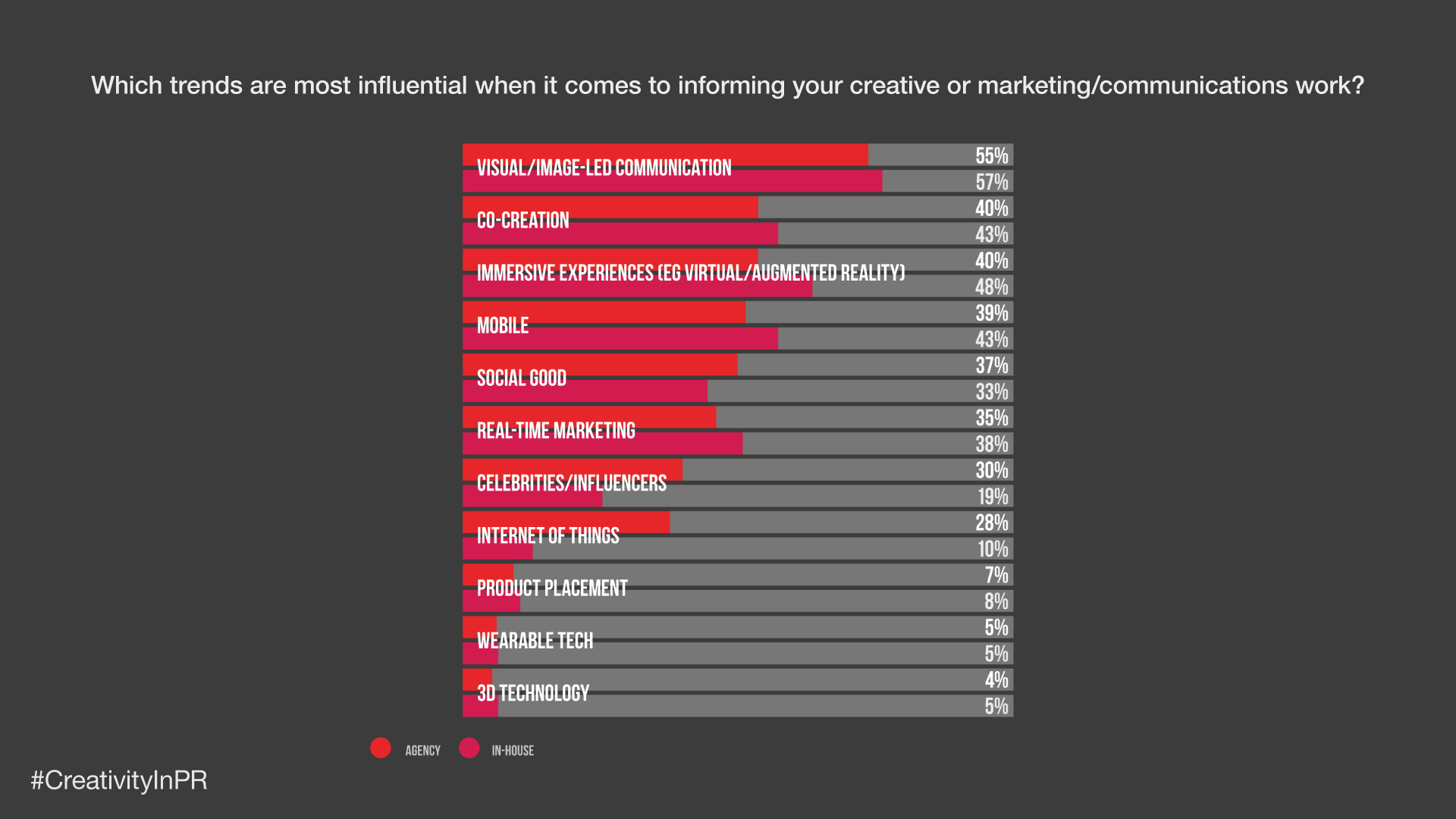 Visual and image-led communication (56%) and AR/VR (44%) are the two trends that rose to the forefront, amid the rise of media like Instagram and Snapchat and the rapidly increasing volume of branded video content.

Storytelling, authenticity and engagement rank as the top drivers of great PR work, ahead of such factors as purpose and shareability. 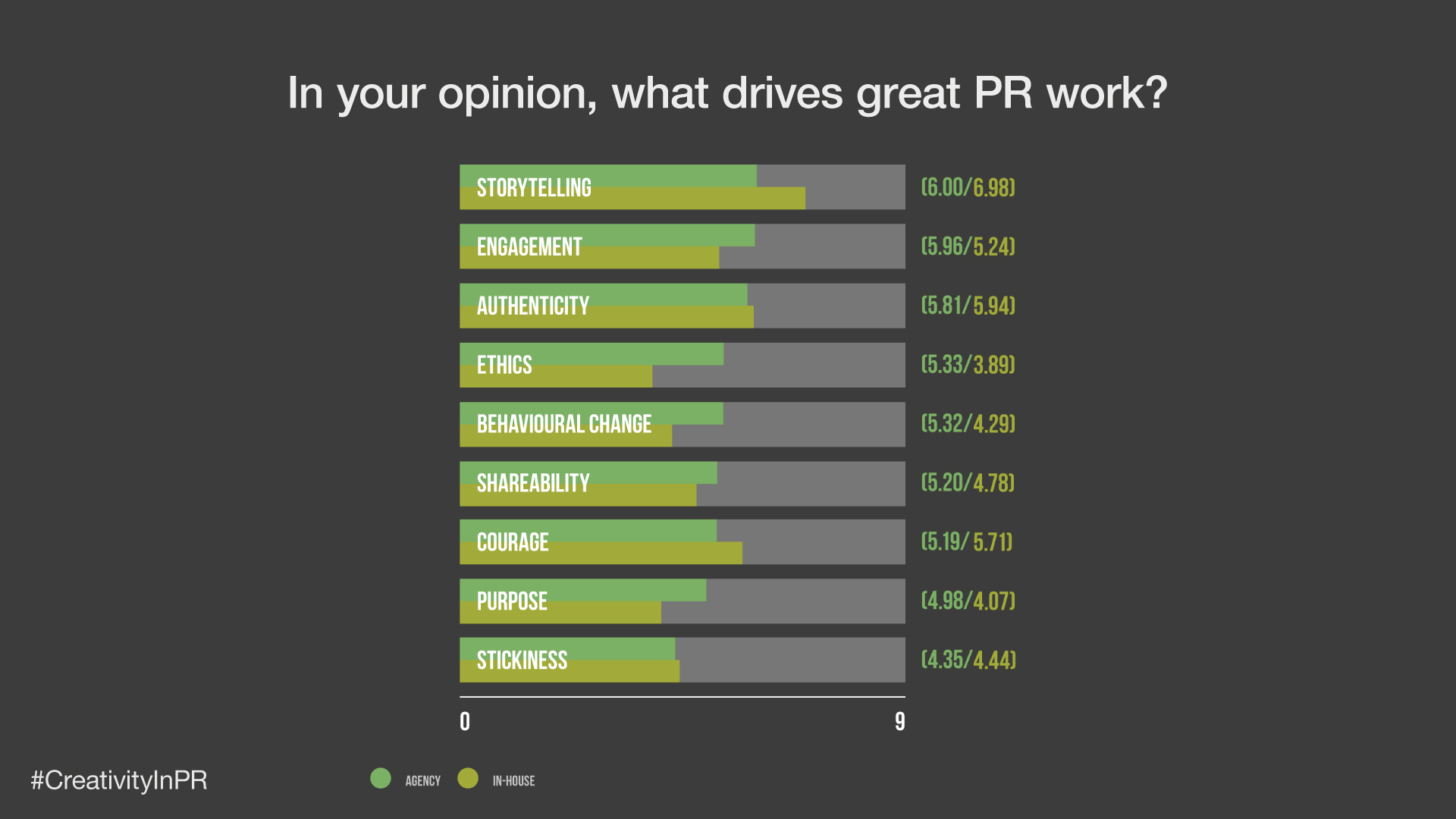 There were some considerable differences between how agencies and in-house voted – with the biggest split around ethics. Agencies are also more aware of the need for their work to affect the behaviour of the audience in support of the organisation’s objectives, ranking it 5th versus 7th for in-house teams.

"What’s certainly clear is just how highly valued storytelling and authenticity are – brands, now more than ever, need customers to get emotionally engage to relate to their products and believe the stories they are told," said Report co-author and Now Go Create founder Claire Bridges.

“While so much has changed over the last couple of decades in terms of technology and how people take in and share information, what hasn’t changed is the power of influence and advocacy," added H+K Strategies US CEO Beth Balsam. "The same things that drove great work back then remain critical today and the great news is, we now have the tools to help us shape and measure effective campaigns."

Of note, in-house practitioners placed courage as one of their top-three drivers of great PR work. And yet, when asked about the biggest barriers to creativity, client risk aversion ranks top among agencies. 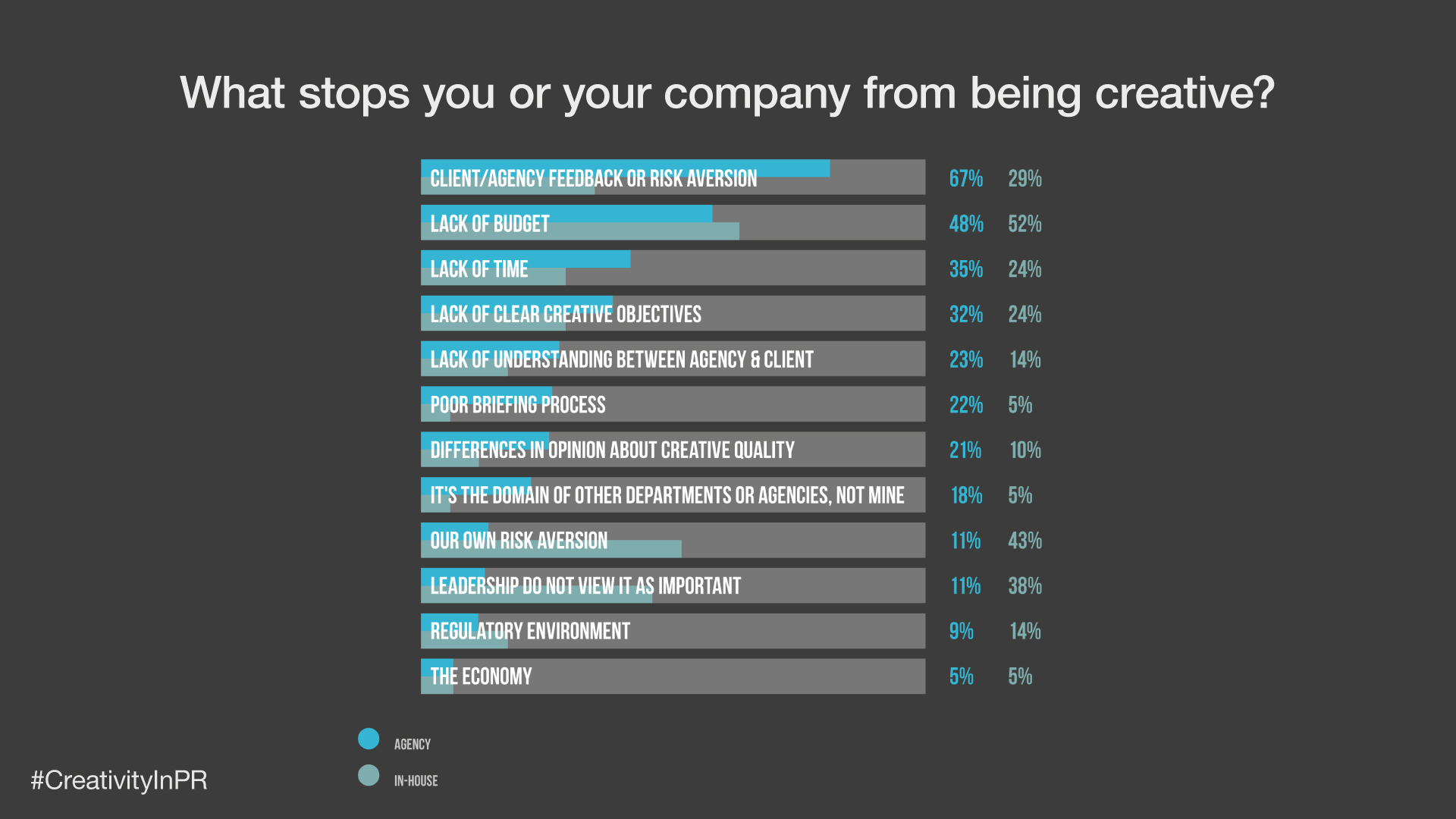 11% of agencies thought "our own risk aversion" was a major factor, whereas 43% of in-house respondents pointed to this holding them back. Likewise, in-house execs were more likely to say that their management does not view creativity as being important (38%). The agency suggestion that client feedback is stifling their creativity is telling – more than two thirds believe they could deliver more creative ideas if their clients allowed it. Collectively, lack of budget is still cited as a big barrier for everyone.

Creativity In PR 2016 — Other key findings that are explored this week: