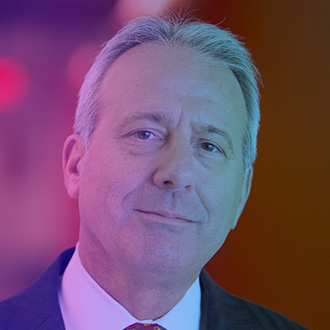 Recognized for his intensive investigation into human behavior and neuroscience, and then connecting these findings back to communications to craft effective narratives.

While public relations tends to self-analyze and self-criticize on all things "creativity," we need to become genuine social scientists as well. For if you attack a challenge seeking a creative solution first, you may well be solving the wrong problem. As the legendary thinkers Peter Drucker and Russell Ackoff taught: "there is nothing more useless than doing the wrong thing righter." This is not just a nerdy, academic niche. It is essential to understanding how humans shape opinions and they myriad of biases that prevent most communications efforts from being effective.

How innovative do you think the PR industry currently is?
About the same as other marketing disciplines. Public relations can be very creative in a conceptual fashion, and that rarely lends itself to short, emotive videos that win awards for creativity. Restoring trust, connecting communities, building relationships over time build the foundation of great PR work. Huge, one-off, head-slapping ideas bowl us over, but they are not sustainable. PR, at its best, creates "earned influence" through listening, building relationships, engendering trust, and earning the permission to influence others.

What is most important for the PR industry to do to foster more innovation?
These are false choices. Many need to be done simultaneously. Scientists such as Alexander Pentland at MIT demonstrate the power of "social physics" and idea flow. This requires changes in how teams are structured, how we interact, whom we hire, and the culture we build. We need to foster "combinatorial creativity," as Maria Popova of Brainpickings points out. That is, connecting disparate and previously unconnected ideas. Doing this systematically rather than as a rare lightning strike is the key.

The most innovative PR/communications campaign in the last 12 months?
I must go back farther. The Kern & Sohn work demonstrates a rich collision of ideas. This case, meant to raise awareness of and ultimately sell precision scales, started with a marvelous idea of proving the world is not truly round. The chosen way to do this involved a precision scale and a single garden gnome shipped to scientists around the planet. Each weighed the gnome in their own location, and each reported a different weight, proving gravity fluctuated. The reason gravity fluctuates is because the earth is not a consistent spherical shape.

The weighing of the gnome created an ongoing and growing social media community and a special series on television, and widespread, adoring media coverage. The whimsy of the approach leant itself to school curricula. This work pulled together the goals of B2B tech, the curiosity of the scientific community, the joy of discovery among students, and the basis of a great narrative for media. And indeed, sales in the like-for-like period rose more than 20%.

Describe a moment in your career that you would consider to be 'innovative.'
I am living an 8-year "moment" of working to study, digest, interpret and bring together several different scientific fields so that public relations can be elevated as the most effective discipline. This work has led me on a journey of diving into more than 1,300 pieces of primary research in different silos, then connecting them where they had not been connected, then interpreting and retelling what it all means to lay audiences. All innovation is recombining, remixing, reconnecting.

But it is hard work, driven by an insanely aggressive curiosity and need to explore. I am now at a point in this work where I am developing a sort of app for lay people to decode human behavior and bring science to bear in every single aspect and scenario of communications.

How do you inspire innovation within yourself or to your team?
I encourage "combinatorial thinking" -- that is, connecting dots in new ways. But in order to reconnect dots, you must first grow dots in your life. The big problem is you cannot expect people to innovate who have not grown dots in their lives--lots of dots. To do so requires fresh and unrelated experiences as well as continual exposure to new thinking and writing. I recommend tactical approaches such as reading something you know you would never automatically be interested in.

Walking a new route (without looking at your phone!). Play with ideas by imposing genres  (imagine doing the presentation as a musical comedy, or as a Mission Impossible movie). Our company has open plan, no-office seating everywhere. Some offices encourage whimsy, installing sliding boards or swings. Most install art. But at a day-to-day level, if you don't disrupt with a bit of collision of ideas, then despite sitting in an open office people will put their headphones on and heads down and retreat. You have to disrupt--personally disrupt them.

What’s the most innovative place in the world?
Japan has long been a center of innovation. While its external image is often one of cloned salarymen and herd-like behavior, that misunderstands the amazing creativity generator that is Japan. From fashion, to weird TV formats, to wonderful arts, to inventions, Japan often leads.

It does so by co-opting bits of outside or foreign ideas, twisting them and reconnecting them, sometimes with knowledge of thousands of years of tradition but newly reinvented. This is not true in public relations in Japan, however!

Urban America also generates huge innovations. From high-tech to fashion to media, the collision of ideas in the most downtown, urban neighborhoods generates great new innovations.

What's your favorite time of day and why?
Morning. It's the start of your life all over again. Awake to realization you have another day. Another amazing day. Pre-distractions. Pre-fatigue. Check in on the other side of the planet and reflect on what dots could be connected for the first time. 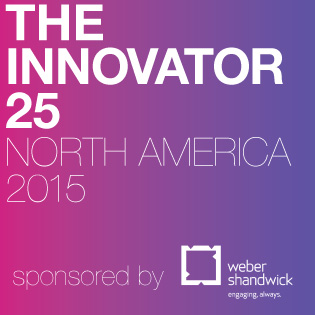