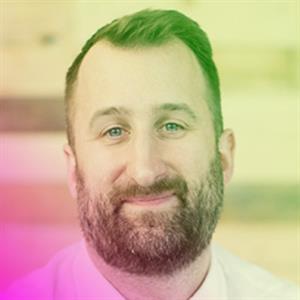 “Big budget or small budget, earning one hit or a hundred - it just has to move audiences internally and externally in new, refreshing and ultimately engaging ways.”

Andy Pray founded Praytell in 2013 with two employees and, has since, expanded to 88 staffers with a staggering 96% retention rate. There are many ways that Pray has disrupted conventional agency culture — but what’s landed him on the list this year is the agency’s stunning storytelling prowess.  The agency has worked with MAC Cosmetics on a series of award-winning documentaries about the LGBTQ community, most recently It’s Not Over, which debuted on Netflix, chronicled the lives of young people with HIV. The agency’s film division also produced After Maria: A Puerto Rico Story depicting the destructive aftermath of last year’s deadly hurricane and the government’s disastrous response.

In what area(s) does the PR need to innovate the most?
Creativity, diversity, integration

Where is the PR industry's greatest opportunity for taking the lead on innovation?
Integrated marketing

Who most influences how innovative a brand's engagement is?
Communications/PR agency

How do you define innovation?
Fresh thinking - and action - that challenges the expected. Big budget or small budget, earning one hit or a hundred - it just has to move audiences internally and externally in new, refreshing and ultimately engaging ways.

What is the most innovative comms/marketing initiative you've seen in the last 12 months?
Loved the Budweiser search campaign using search terms to identify rare artist/Bud moments via bold outdoor. Also thought the Hanes plain sight campaign was the kind of idea that comes up on a whiteboard but never ever makes it out in the wild. Kudos to getting it out there.

In your opinion, what brands and/or agencies are most innovative around PR and marketing?
A ton of inspiring work happening in the fast food category, with folks like Burger King and Taco Bell consistently rewarded for taking chances,

Describe a moment in your career that you would consider 'innovative.'
I think a lot of the big ideas right now are innovating on the distribution side. I've been super proud of work we've done there involving long form content, work that found distribution (earned) on Netflix and Showtime. But, on a smaller scale, our agency recently worked with Anheuser-Busch on a simple yet powerful idea. In response to the staggering lack of diverse representation in craft beer visual communications we commissioned photo shoots that captured diverse communities enjoying beer. Not just white bearded bros from Brooklyn. We then partnered with two popular stock photo sites to distribute the photos, for free. The PR coverage told the story - AB is working to move the industry in an important direction - and bridges to more substantive approaches happening at the company. Meanwhile, the partner sites drove 5M views of the photos in the first week alone - actual engagement. Low cost idea but innovative just the same, especially in terms distribution, narrative and actual impact on brand perception.

Who do you admire for his/her approach to innovation?
My dad, Pastor Pray. Getting churches to think different in the middle of Montana or Minnesota wasn't easy but he did it, every single Sunday.

How do you get out of a creativity rut?
It saddens me deeply to admit I turn on the Playstation and live out my fantasies of being a Major League Baseball hitter.

What advice would you give to the PR industry around embracing innovation?
Stop being obsessed about a zillion impressions and let's take some chances.

What would you be doing if you weren't doing your current job?
I'd probably be a liberal politician with a reputation for golfing too much.