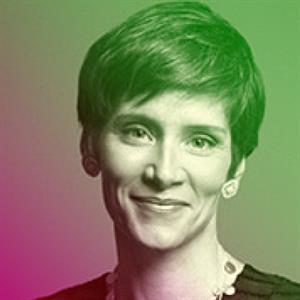 “Innovation for me is figuring out how to bring more voices to the table in more ways than traditionally espoused.”

Nancy Mahon is known is a pusher of big ideas that’s resulted in stunning creative work from M.A.C. Among these, Trans 102 is a digital series that includes short videos on health care, gender vs. sexuality, gender pronouns and bathrooms and More Than T that looks at the multidimensional lives of transgender and non-conforming individuals (the work also won an Innovation SABRE Award winner). In addition to her storytelling innovation, she oversees the day-to-day operation M•A•C AIDS Fund which, under Mahon’s watch, has made big gains, including a four-fold increase in the fund’s charitable contributions budget. She also heads the Estee Lauder Companies’ global corporate citizenship and sustainability department.

In what area(s) does the PR need to innovate the most?
Equality, Purpose, Community

How would you describe the communications/PR industry's level of innovation compared to other marketing disciplines?
Lagging the others but with the most opportunity for growth

Where is the PR industry's greatest opportunity for taking the lead on innovation?
Content Creation and Purpose

Who most influences how innovative a brand's engagement is?
Communications/PR agency

How do you define innovation?
Innovation for me is figuring out how to bring more voices to the table in more ways than traditionally espoused. Until we’re looking at communications through a democratized lens, we won’t truly be able to push forward into the future.

What is the most innovative comms/marketing initiative you've seen in the last 12 months?
The #StopSucking campaign to ban plastic straws has been immensely successful. Tapping into everything from viral video to celebrity influencers, its effects have been almost immediate with municipalities like Seattle responding as well as big brands like Starbucks vowing to phase straws out.

In your opinion, what brands and/or agencies are most innovative around PR and marketing?
Planned Parenthood and its regional arms have had to get incredibly creative in the past few years to protect their women’s health.

Describe a moment in your career that you would consider 'innovative.'
In the wake of talk on banning transgender individuals from the military and a general fear of the rollback of LGBT rights at the dawn of the new administration we released a documentary film called More Than T. It showcased the stories of six transgender people from across the country, from very different walks of life - but the best part was that it was directed, produced and casted by trans creators. We gave them our megaphone to tell their own stories in the ways in which they thought they should be told instead of doing it ourselves.

How do you get out of a creativity rut?
Leave the office. We get so stuck in our inboxes and meetings that we don’t experience the world around us - that’s where the spark comes from.

What advice would you give to the PR industry around embracing innovation?
Have a strong basis of “what’s worked in the past” then blow it up at every turn. Gain inspiration from creators and makers outside your sandbox - a crotchet enthusiast in Brooklyn can give more insights to a global healthcare PR lead in midtown than you’d think

What would you be doing if you weren't doing your current job?
I’m so impressed every day by the women and men on the front lines of change for global health so if I weren’t supporting them this way, I’d be supporting them via another avenue.

Favorite book/movie/podcast/article that's not related to PR/marketing/business?
The New York Times did an incredible piece last year called America’s Hidden H.I.V. Epidemic. It shows us that the HIV/AIDS crisis is far from over, though common perception may tell us differently. It also shows us that if we ant to inspire real change it’s imperative to diversify our storytelling to reach people who are, even today, being left behind.