Please refer to our Privacy Policy for important information on the use of cookies. By continuing to use this website, you agree to this.
Home Rankings & Data Innovator 25 Innovator 25 2018 Innovator 25 Americas 2018 The Parkland Kids 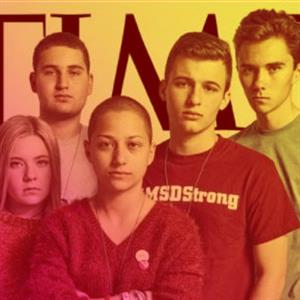 On February 14, a shooting rampage left 14 Marjory Stoneman Douglas High School students and three adults, all teachers or coaches, dead. Within weeks of the shooting, several of the survivors — among them Emma González, David Hogg, Cameron Kasky, Madison Leal, Kai Koerber, Sam Zeif and Alex Wind — successfully drove the kind of change that has long eluded gun control activists — stricter state gun laws and major corporations cutting ties with the NRA — garnering large-scale support largely by tapping the social media prowess that is, more or less, innate to today’s teens. Within six weeks, the March for Our Lives in Washington they organized drew hundreds of thousands, and spurred student protests around the country. And today, the most powerful symbol for sensible gun laws is Emma Gonzalez standing silent on the mall in Washington DC for the six minutes and 20 seconds it took for those 17 people to lose their lives.