The notable exceptions to this pattern came from China's BlueFocus, which grew 12.3% in constant currency terms, and Cohn & Wolfe, which cracked the top 10 for the first time this year after overtaking Brunswick and Golin. Cohn & Wolfe of course, has merged with fifth-ranked Burson-Marsteller to become Burson Cohn & Wolfe, although the firms are retaining separate financial reporting until the end of this year.

The world's largest PR firm Edelman also registered growth (+2.1%) to reach almost $900m, even as its goal of becoming the first $1bn PR firm continues to take longer than it might have expected. Many other networks were either flat or declined, marking their toughest year since the global financial crisis. Notably, after several years of stellar growth, Weber Shandwick reported a revenue decline in 2017, as did Ketchum, Burson-Marsteller and Ogilvy PR.

All growth figures are on a reported (rather than organic) basis. Overall, we estimate that the top 10 global PR firms generated fee income of around $5bn, a 0.9% increase in reported terms. A fuller picture of global PR industry size is provided by the analysis of our Global Top 250, based on submissions from almost 400 PR firms from across the world. 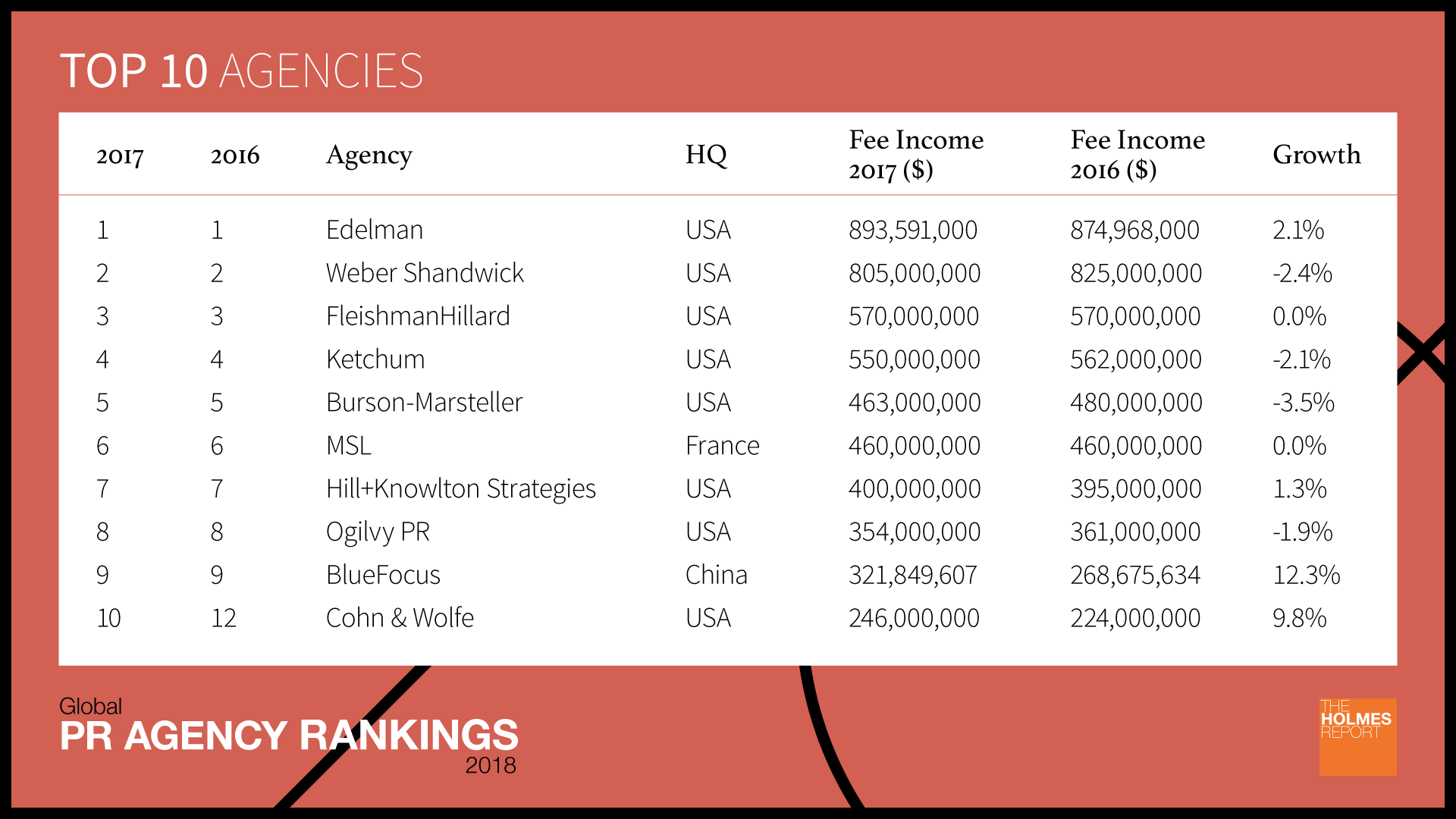 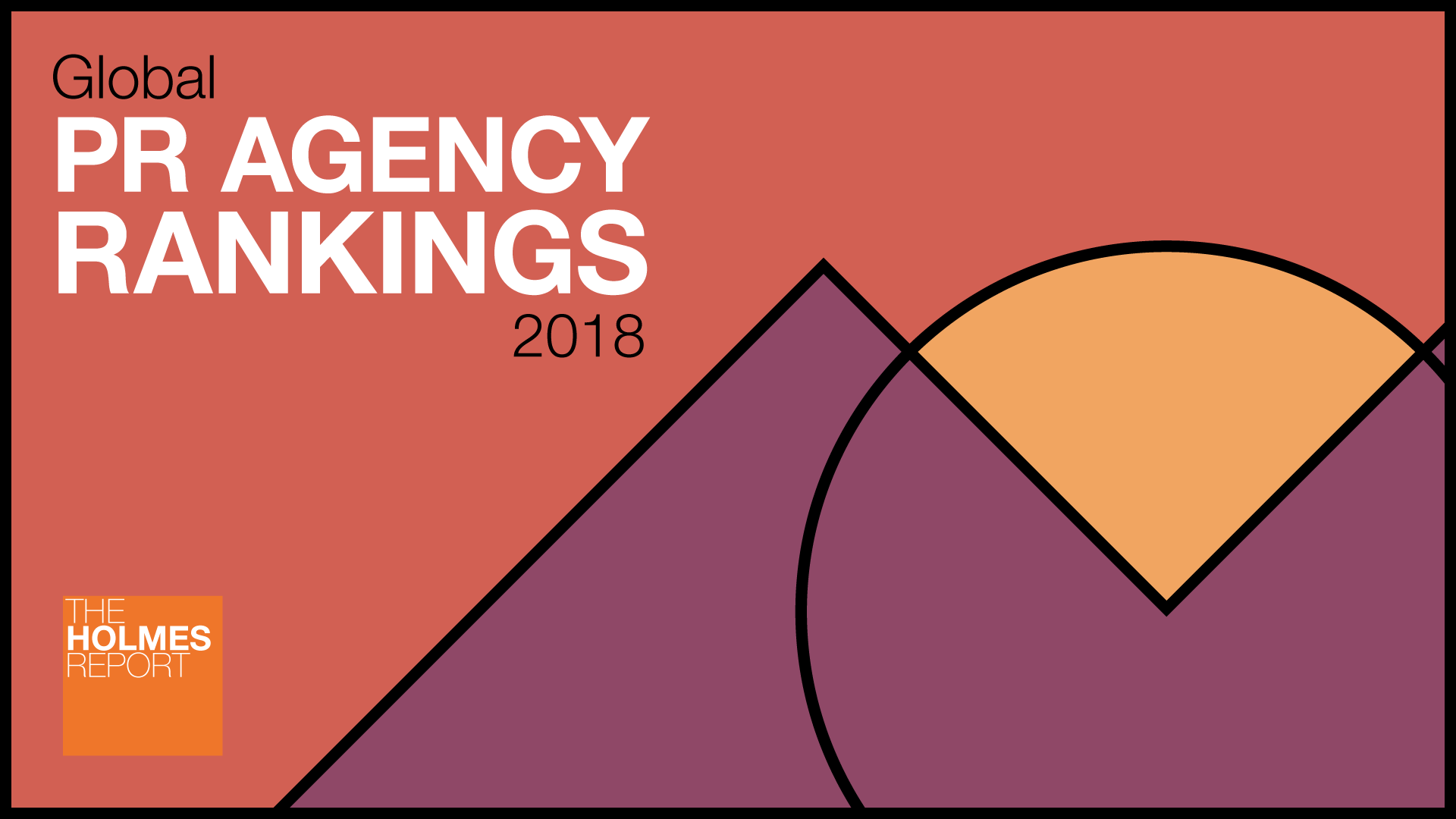