As in 2018, there’s a broad spread of disciplines across the Global Fast Movers ranking, including consumer and corporate and public affairs heavyweights on both sides of the Atlantic, as well as technology and digital and social specialists. In terms of geographic spread, however, this year’s ranking is somewhat different from 2018.

The US presence is down from a dominant seven agencies last year to only four out of the top 15 fastest-growing agencies in the world, although this does include New York tech agency SourceCode Communications in the top spot, streets ahead of everyone else with 529% growth to $1.7m – impressive even for a fast-growing two-year-old firm. The US also took the number two slot in the table, with Washington DC-based public affairs agency Firehouse Strategies growing by close to 110%, to $3.2m. Another tech agency, San Francisco’s The Bulleit Group, is in 11th place with 59.7% growth, and Praytell in New York is 15th, having grown by 54.6% last year to $16.5, making it the agency with the highest fee income among the global fast-movers.

European agencies have the strongest showing this year, with eight agencies, the highest-ranked of which is Hamburg corporate agency Faktenkontor, in 5th place with 83.8% growth to $13.2m. Germany has a second agency in the top 15: Berlin-based tech agency Piabo PR, which grew by 61.3% to $5.7m. Also from Europe are Swedish corporate, financial and public affairs firm Diplomat Group, in 7th place with growth of 79%; Croatian corporate agency Communications Office Colic, Laco & Partners, in 13th place with growth of 55.3%; and Moscow-based Rodnya Creative PR Studio just behind in 14th with growth of 54.9%.

As last year, there are three UK agencies in the table, two of which were also the only agencies to also be in the 2018 ranking: in 6th place this year is three-year-old consumer shop Talker Tailor Trouble Maker, which had an impressive year, growing by 81.6% to $1.3m (last year it was top of the global table with 284% growth) And in 12th place, corporate and public affairs consultancy Headland grew by another 55.6% after 51% growth the previous year, to $14.1m. The third London agency is five-year-old Tin Man, which grew by 78.6% to $1.7m, putting it in 8th place.

Compared to last year, where there was only one agency from outside the US and Europe, the 2019 ranking has three: Singapore’s Redhill Communications, which doubled in size to $2.3m and appears in third place; Toronto-based Argyle Public Relationships, which grew by over 91% to make 4th place; and India’s Media Mantra, based in Delhi, which is 9th in the table on the back of 65% growth. However, this still isn’t quite the same ratio as 2017, when a third of the top 15 was made up of agencies from India, South Africa, China and Australia.

Because rapid growth rankings tends to favour smaller, newer boutiques, every year we also look at the fastest-growing larger PR firms, with revenues of more than $30m. Half of the places on the table were taken by firms who were also in the top 10 fastest movers in this category last year: GCI Health, SKD Knickerbockers, H&H Group, Vector Inc and W2O Group.

This year, four of the top 10 firms in this size bracket were from the US, down from their dominance of 2018’s table, where they took eight of the places. The top three were all US-based, however: in the top spot is GCI Health (up from 4th last year) with growth of almost 40% to $67m, followed closely by SKD Knickerbocker with 39.5% growth to $60m (up from 6th place last year), and then Spectrum, which grew by just over 37% to $32.9m.

The large agency category also has a better showing from Asia-Pac this year, with 2018’s number one firm, Japan’s Vector Inc, in 6th place with another great year of 28.8% growth to $188m – the largest agency in the list – and Kyodo Public Relations taking 10th spot with 21.4% growth to $47.8m. China’s CYTS-Linkage also appears in 4th place as the highest-placed non-US firm in the table, with growth of 35% to $35.6m.

This year’s five-fastest movers in the US are a healthy mix of new entries to the list (and industry) to a player that’s been around long enough to have a 20th anniversary in sight. Tech-focused SourceCode Communications, the top ranked agency, registered growth of $528.8% to nearly $1.7m in fee income during its second year in business. The second ranking agency, Firehouse Strategies, however, shows the technology isn’t the only industry driving business; Firehouse, primarily a public affairs firm, grew 109.5% to $3.2m in 2018 — its second full year since its 2016 inception.

Praytell and The Bulleit Group, founded in 2013 and 2012 respectively, are making their second consecutive appearance on the list, after ranking second and third in 2017. Meanwhile, Walker Sands’ 54.3% growth shows expansion isn’t just for the new kids. The Chicago firm, launched in 2001, grew by 54.3%, thanks to bigger clients and expanded capabilities.

Tech-focused Clarity PR grew 47.1% last year, closing in on the $5m mark, boosted by offices in London and Munich. San Francisco’s Singer Associates, meantime, grew 47.9% to nearly $7.7m, building on its reputation  for handling clients involved in high-stakes public battles. ARPR, the Atlanta independent, grew an impressive 43.5% to nearly $2.3m, adding big-name clients including Delta Air Lines. Two well-established firms — GCI Health and SKD Knickerbocker — round out the top 10, growing an estimated 39.6% to $67m and 39.5% to $60m respectively. The growth propelled both those agencies up the list of the world’s biggest agencies. GCI jumped 10 steps to No. 34; SKDK rose 12 points to No. 38.

2018 was a very good year for our northernmost neighbors, with Canadian firms accounting for the four fastest-growing agencies in the Americas, and five of the top 10. That’s a notable change from last year, when the top five was dominated by Latin American firms.

Argyle Communications, one of Canada’s oldest agencies, was the region’s fastest-growing player — having expanded 91.4% after merging with two other Canadian firms. Avenir Global, whose 2018 acquisitions included Padilla, is the largest company on the list, growing 23.8% to $98.2m. Brazil rounds out the top five — with FSB Comunicacoes growing 21.4% after merging with another domestic player.

Seven of the fastest-growing firms in Europe are new to this year’s table, compared to the completely fresh top 10 from 2018. They came from six different countries, compared to a wider spread across six last year. And the rates of growth at the sharp end of the ranking are much closer, too: the top four firms were only six percentage points apart.

Last year’s top-performing firm, London-based Talker Tailor Trouble Maker, is still there, however, and has only dropped one place with another stunning year of growth since its formation in 2016: up 81.6% to $1.3m. The other returners are UK corporate comms consultancy Headland – which had another astonishing year of growth, up 55.6% to $14.1m, making it the largest firm in the ranking – and another corporate specialist, Croatia’s Communications Office Colic, Laco & Partners, up 55.3% to $1.6m.

Talker Tailor and Headland are two of four UK firms on the European list, up from three last year. The others are five-year-old Tin Man, which grew by a stunning 78.6% to $1.7m, putting it in 4th place, and technology agency Jargon PR, which had growth of 50%, taking it to fee income of $1.5m.

Germany is represented by two agencies, including the top-ranked firm, Hamburg-based Faktenkontor, whose fee income rose by 83.8% to $13.2m. It was joined by Berlin-based tech agency Piabo PR, which grew 613% to $5.7m.

While Asia-Pacific, Middle East and Africa growth has suffered in comparison to other regions in recent years, that has typically been influenced by the unwillingness of publicly-held networks to break out their regional revenues. However, 2018 saw encouraging returns from several firms, from an all-Asia-Pacific top 10, with the top 5 each reporting constant currency growth of more than 35%. The ranking features agencies with fee income ranging widely from $1.5m up to $188m, across a spread of sectors that favours technology, consumer, corporate and digital.

Topping the table is Singapore's Redhill which has grown rapidly since its inception in 2015, and doubled in size in 2018 to $2.3m. In a recent podcast with the Holmes Report, Redhill co-founder Jacob Puthenparambil attributed his firm's rise to an entrepreneurial willingness to take risks, particularly when it comes to expansion beyond its home market into several other countries.

Redhill has a clear lead over 2nd placed Media Mantra, after the Indian firm jumped four spots from last year by growing 65% to $1.5m. Media Mantra is one of two Indian firms in the top 10, with startup-focused firm Value 360 coming in fourth after growing 39% in 2018.

China contributes two agencies to the top 10, full-service consultancy CYTS-Linkage in fifth, which remains one of the region's fastest-growing firms for the third consecutive year with fee income growth of 35% in 2018. Meanwhile, Hong Kong based luxury PR player Mazarine Asia-Pacific is a new entrant on the list in third spot after increasing topline by an eye-catching 53%.

Outside the top five, Japanese heavyweight Vector – based in Tokyo and with offices across Asia – again features in the table, in sixth place with growth of 29%, taking it to fee income of $188m. Indeed, Japan had a good year, with two more firms making the top 10: Integrate Communications at $1.5m and Kyodo PR at $47.9m.

Rounding out the ranking this year are two Southeast Asian firms: Singapore's AKA Asia — our reigning Asia-Pacific Consumer Consultancy of the Year — which grew 28%, and Thailand's Vero, which was up by 21%.

Once again, though, there is a notable lack of representation from the Middle East and from Africa. 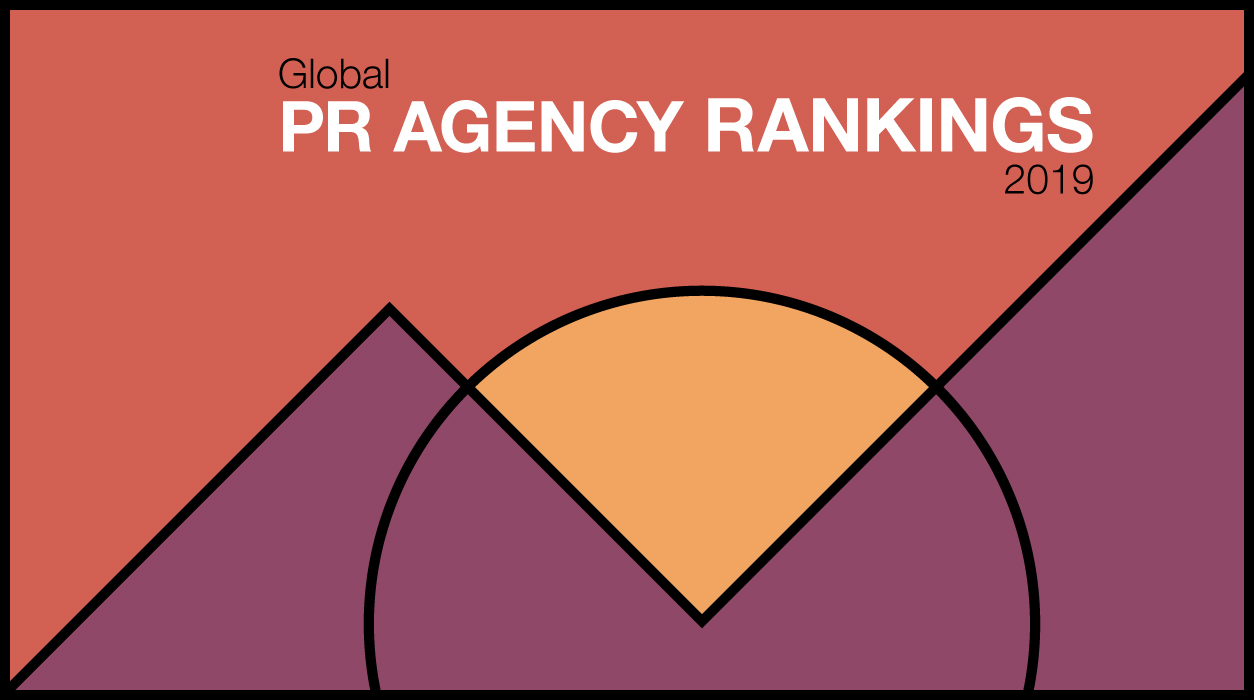