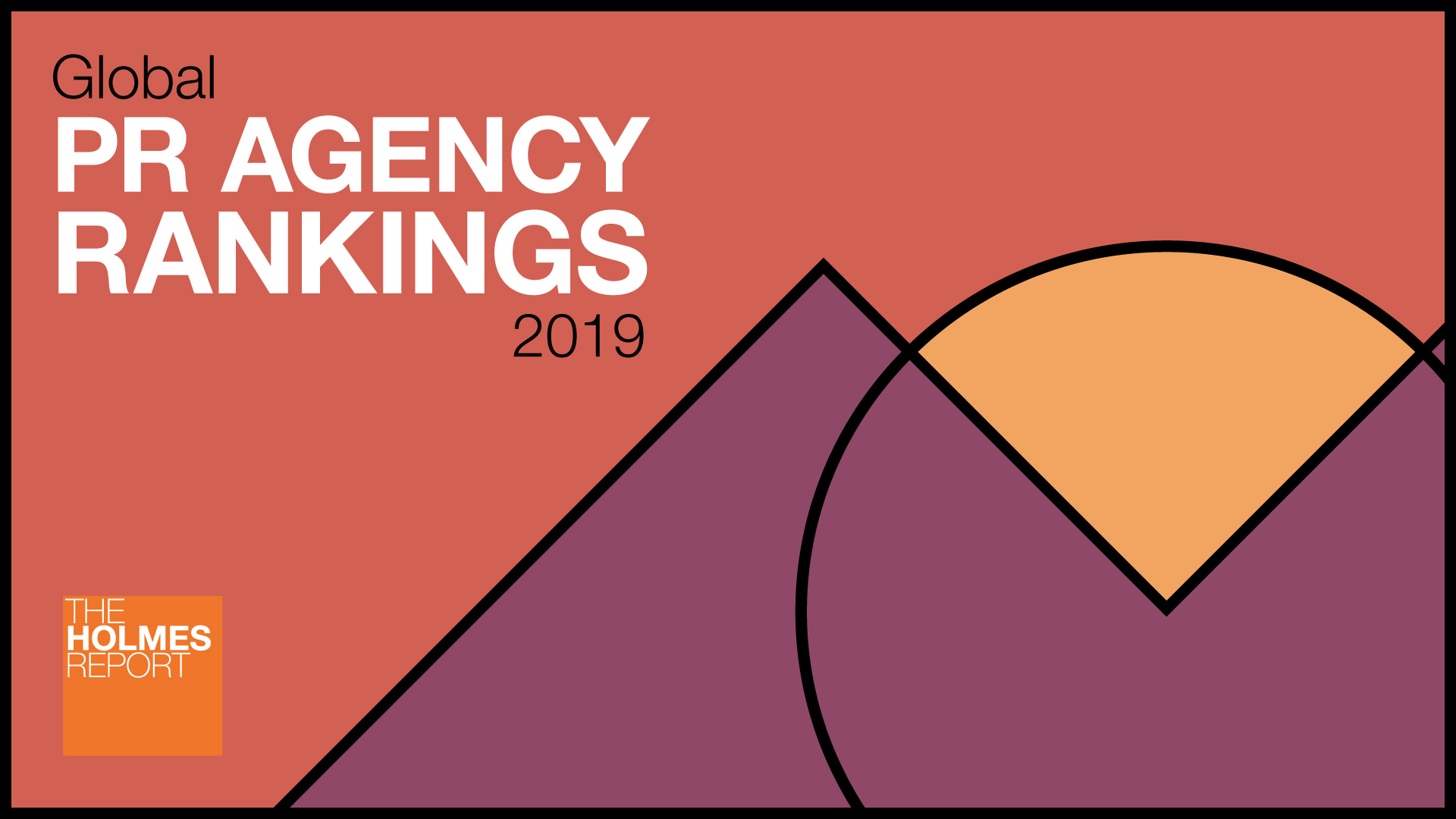 So the precise wording on the rankings form provided to participating agencies was as follows: “The Holmes Report defines public relations broadly as any activity designed to help corporations and other institutions build mutually-beneficial relationships with their key stakeholders, including but not limited to customers, employees, shareholders, legislators and regulators, communities, and the media. “The primary business of a public relations firm for the purposes of this document should involve either strategic, media-neutral counsel or earned media, but a public relations firm may engage in a wide range of activities including but not limited to media relations, sponsorship, advertising, corporate identity, web design, and research. However, firms may include only the fees for this work, not payments related tomedia buys, production, etc.

“The Holmes Report reserves the right to make its own judgment about whether a firm qualifies as a public relations firm for the purposes of these rankings, and to exclude firms it considers not properly qualified.” This is a broader definition than the one used by many other organizations providing local market rankings of public relations firms, which means that several of the firms providing numbers to The Holmes Report will receive credit for income not included in other rankings.

In truth, there is nothing in Sarbanes-Oxley that prevents the release of information. Indeed, some publicly-traded communications companies do continue to provide information about individual public relations brands. For the very largest companies, such as WPP, Omnicom, and Interpublic, the issue appears to be one of cost—the expense associated with ensuring the accuracy of published numbers—rather than legal prohibition. Needless to say, none of the Sarbanes-Oxley restricted holding companies or their PR firms co-operated in the creation of this ranking, and so The Holmes Report was compelled to rely on several sources to compile a ranking that it believes to be broadly accurate. Among the information sources on which we drew: