USD growth among the major global PR networks declined in 2019, to 0.4% compared to 2.6% one year earlier, with the world's top 10 PR firms reporting fee income of $5.4bn. On a constant currency basis, the top 10 contracted by 0.1%, underlining another disappointing year to cap a decade in which low growth became the new normal for publicly-held PR networks.

A significant component of the decline, though, can be attributed to the separation of SJR from H+K Strategies, causing the WPP network to report an overall contraction in revenue despite organic growth in the low single digits. Elsewhere, Chinese communications giant BlueFocus, a consistent source of growth during the past decade, reported its first ever PR decline, after undergoing considerable restructuring of its international operations.

For the first time in a decade, there was no change to the top 10. Edelman remains at the top of the tree, although its lead over Weber Shandwick again narrowed after the independent agency reported a marginal increase in 2019. Topline growth was led by Brunswick (+16%), Weber Shandwick (+3%) and BCW (+2.4%), the last of which was hampered by the poor performance of its PSB research unit.

All growth figures are on a reported (rather than organic) basis. Overall, we estimate that the top 10 global PR firms generated fee income of around $5.4bn, a 0.1% decrease in constant currency terms. A fuller picture of global PR industry size is provided by the analysis of our Global Top 250, based on submissions from almost 400 PR firms from across the world. 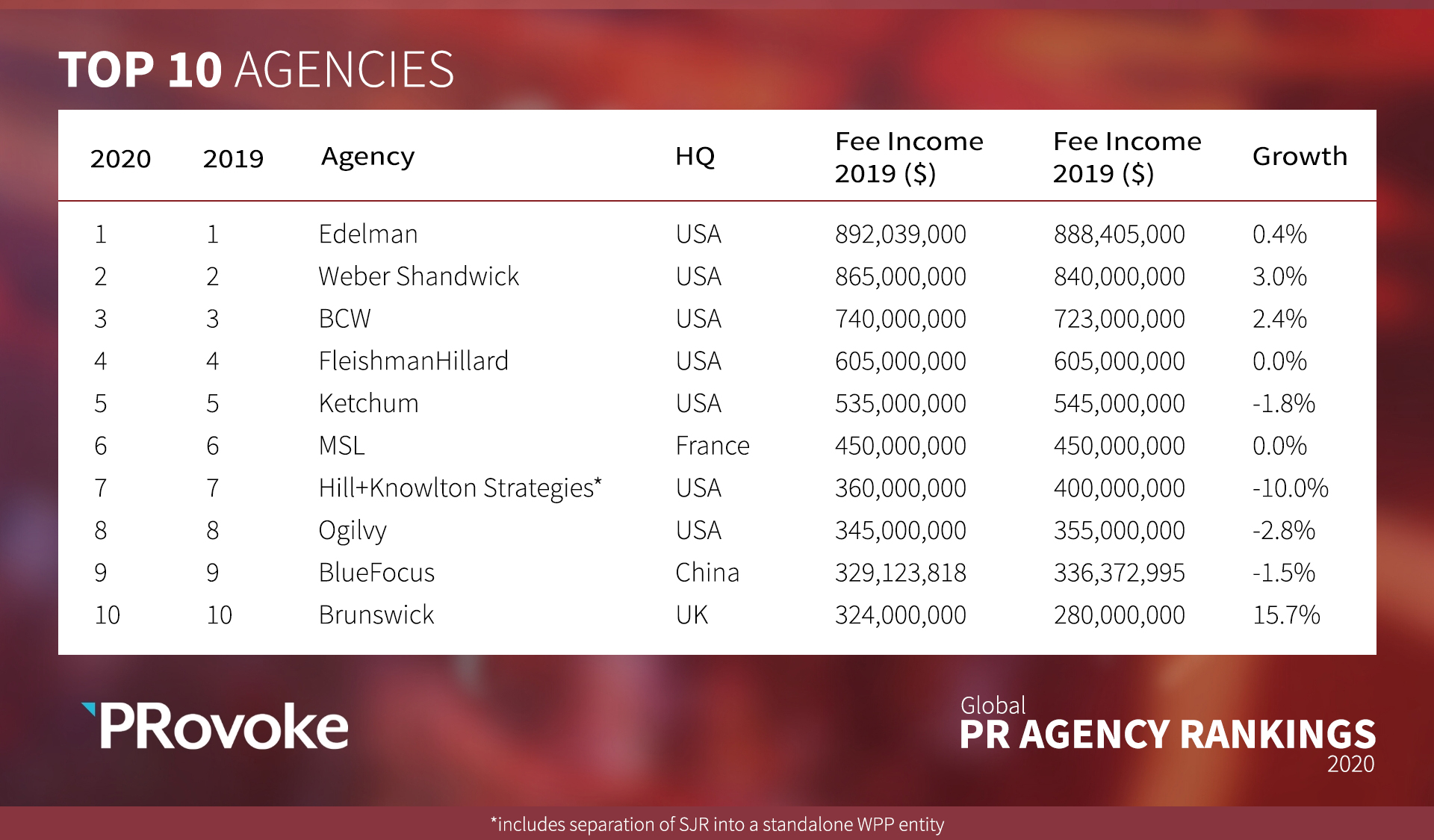 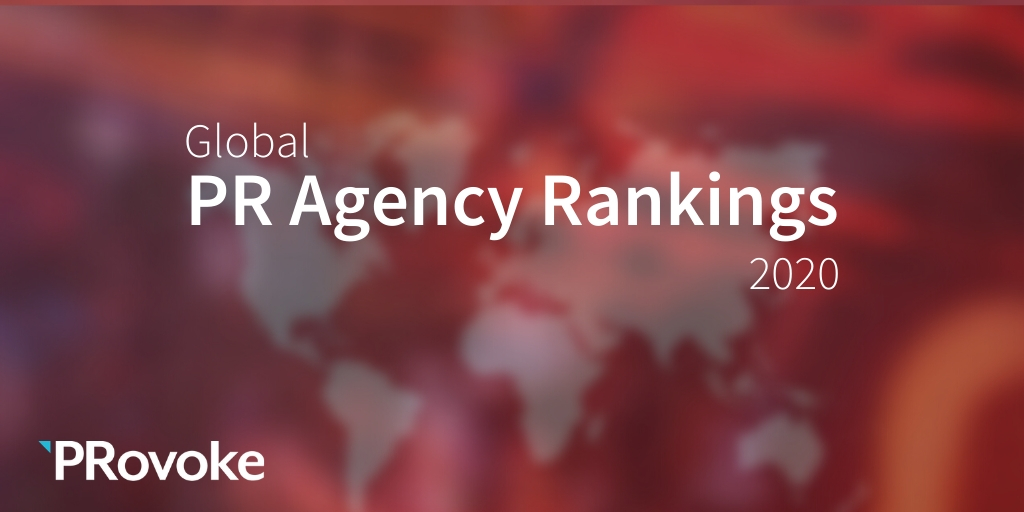