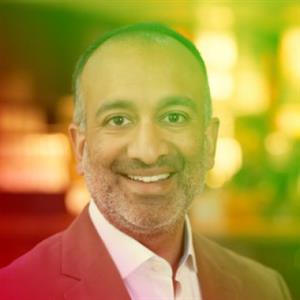 “The goal of what I’m trying to do is to give birth to (at the outset) a small suite of projects that will each in its own way educate, inform, and engage Americans on issues we think are important.”

The former national editor of the Washington Post brought his stunning storytelling prowess to Starbucks in 2015. Last year, he produced — with Starbucks founder Howard Schultz — the Upstanders, an original series featuring 100 stories of courage and humanity across America. The second season launched in October as Chandrasekaran continues to bring social good to Starbucks' core, even amid notable management change.