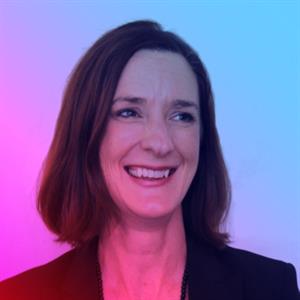 “If we don’t seriously address the bias against women and minorities in the PR industry, we won’t be able to innovate in the right ways.”

Beth Monaghan has been disrupting the agency model in ways big and small — taking on pay equity, sexual harassment, burnout, among other things. In 2014, she banned email between the hours of 7pm and 7am, "we think it will increase our productivity, our creativity and our overall happiness." In 2016, she was the only business leader to testify at the Massachusetts State House in favor of a paid leave bill, and also made a presentation — alongside Spotify and Google — on the topic to the U.S. Department of Labor, after which InkHouse was included on the Obama White House’s blog. She's a frequent public advocate for women’s equality and leads by example, offering paid leave to women and men at InkHouse, and advocates for women’s equality in PR.

How do you define innovation?
I define innovation as change that progresses an industry to help it evolve. PR is so tightly tied to the media industry, that’s been in a constant cycle of disruption since the Internet came in and changed the consumption model, that we have to be nimble and shift our strategies almost every single year.

What is the most innovative comms/marketing initiative you've seen in the last 12 months?
I really like what Eastern Bank did with its Join Us for Good campaign. They did extensive research in the year preceding the campaign and then it launched at fortuitous timing, right after the presidential election. The campaign is about how businesses should be stewards of social good and featured provocative advertisements, media interviews and a microsite championing equality of all kinds -- gender, sexual orientation and race. Eastern Bank’s CEO was an outspoken champion of the campaign, which made it meaningful. This is a shift for brands and an important one that is in concert with the changing nature of the public conversation and the political climate.

In your opinion, what brands and/or agencies are most innovative around PR and marketing?
There are tons of tactics that we could lump into the innovation bucket, and it’s important for brands and agencies to use them in meaningful ways (Instagram stories, Facebook live reporting and news conferences come to mind), but what is the most innovative is the ways in which brands are talking publicly. We live in a world in which brands must stand for something because consumers demand it. We saw the #GrabYourWallet campaign after the election and the next generation, the millennials, align themselves with brands and jobs with which they agree about everything from profit to social good. This is transformative for brands and they need to find innovative ways to stand for something, connect with their audiences and somehow not alienate the wrong people. It’s a tricky balance, but we’ve seen some big and small companies do it well. I like Amour Vert, the online clothing company that plants a tree for every t-shirt. I like Google, who stood up for immigrants right after the Muslim ban because a huge percentage of its employees are immigrants.

Describe a moment in your career that you would consider 'innovative.'
When I was appointed to a Women in the Workforce Task Force by then Massachusetts Governor Deval Patrick, I began to learn more about the bias that women face. I discovered after a while that while PR is dominated by women, we only hold maybe 20 or 30% of the management roles and as The Holmes Report recently wrote, there is still a wide pay gap. I’ve been systematically looking at our operating procedures that we have all inherited from a workplace culture that was designed in the 1950s and 1960s for white men and by white men. We need to rewards competence over confidence. We need to place the burden of childcare equally on both parents by offering parental leave and not just maternity leave. We need to enable flexible work schedules so parents can work and parent. My mission is to evolve the InkHouse workplace to match the needs of my employees now, which means reconsidering the way we do almost everything.

Who do you admire for his/her approach to innovation?
Tina Cassidy, our chief content officer and executive vice president. She has never met a challenge or opportunity she hasn’t embraced. She simply finds a way to do it, which requires an openness to otherness and a commitment to downright hard work. Whether she’s reinventing our content services, running a marathon for the first time in her 40s, flying to China for a 3-day trip, or writing one of her four books, she finds a way to make it possible. She’s the intersection of intellect, optimism and ability, and that is how everything that's worthwhile happens. It’s how change becomes real.

How do you get out of a creativity or productivity rut?
I change my perspective. Everyone knows that creative ideas never happen at your desk, looking at a blank screen or—even worse—seeing a steady stream of emails invade the space. So, I kicked off 2017 with “Creative Inklings,” a deck of 52 cards to help shift people’s perspective when they are stuck in a creative process. They include cards such as, “Look up until you see blue sky,” “If this isn’t working, do anything else,” and “Don’t ask for permission for your great ideas.” What started as a fun employee gift has become a memorable tool for clients and prospects.

What advice would you give to the PR industry around embracing innovation?
If we don’t seriously address the bias against women and minorities in the PR industry, we won’t be able to innovate in the right ways. Only when our workforces mirror the communities and world in which we live, and only when we compensate all people equally, will we all be able to create the kinds of innovation that will accurately speak to the external audiences we are so earnestly working to reach on behalf of our clients. We can’t be citizens and spokespeople for the world unless we understand the world.

In your opinion, what's the most innovative place in the world?
I don’t think we can narrow this into one place. The most innovative places in the world are the community organizers, the startups, and other organizations that are small enough and new enough to look at a problem in a new way. They aren’t weighted down by process, or by history, or by practice. One of my favorite places is the Massachusetts College of Art and Design (a client) which bakes failure into the curriculum as a critical part of learning. Its new president, David Nelson, is focused on teaching students how to think -- how to look at the world differently through a creative process that can be applied to art, science, business, government, etc. It’s a place that opens up people’s imaginations through the teaching process so they can see problems through different lenses. I can’t think of something the world needs more now than that.

What's your favorite hobby that's not work-related?
I’m a book nerd. I consume them like air, and am currently also writing my first one.