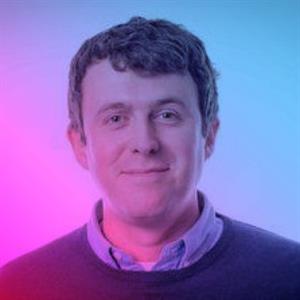 “If their approach to microtargeting quick-and-dirty content with inexpensive media buys is as effective as they claim it is, it completely disrupts the current 'big creative agency' model as we know it.”

Seth Duncan returns to the Innovator 25 because his impact on analytics has grown substantially since he was on the original list. Now Chief Analytics Officer at W2O, he oversees an 85-person, $20m analytics team — among the largest in the industry. In the last year, he launched two new capabilities that use AI — one that segments audiences based on demographics and content-based interests, and another that identifies culture-specific language/nuances in online conversations.
How do you define innovation?
In PR, it's any sort of evolution that better connects people with companies, brands and products that make a meaningful change in their lives.
What is the most innovative comms/marketing initiative you've seen in the last 12 months?
If half the stuff Trump's digital campaign team said they did is true, I'd say they leapfrogged everyone in marketing and PR by about 5 years.

In your opinion, what brands and/or agencies are most innovative around PR and marketing?
Like I said, if half of the stuff that Trump's campaign said they did is true, then they cracked the code on how we should all be marketing in our modern & fractured media landscape. I'd say the exact same thing about Cambridge Analytica. If their approach to microtargeting quick-and-dirty content with inexpensive media buys is as effective as they claim it is, it completely disrupts the current “big creative agency” model as we know it.
Describe a moment in your career that you would consider 'innovative.'
A couple of years ago, someone shared a statistic with me that changed the way I thought about media influence-- especially in the United States: Facebook had finally overtaken Google as the top referring source of digital traffic to online news sites in the U.S. What that means is that most news content that people see now is found "passively"-- they read what's in their newsfeed, which is determined by what their friends read & share and how much news publishers are willing to pay to reach these people (which is a real inversion of the traditional publishing model...). It dawned on me that pretty much every metric and KPI that is used in PR today is completely useless now. There's no single "big audience" that we can measure using impressions, the idea of a "top media" list based on circulation and the prestige of the publisher doesn't really apply anymore. Share of voice metrics from social listening tools and from earned media databases like Factiva and Nexis just don't mean as much as they used to. What matters most is what your target audience's social network looks like and what they read and share. That moment and that realization redefined how W2O and I think about earned media analytics.
Who do you admire for his/her approach to innovation?
My Ph.D. advisor, Lisa Feldman Barrett. She took on an entire generation of emotion researchers, who had a very common-sense view of how emotions are constructed in the brain. She was, more or less, bullied by these established emotion researchers for decades. But she always followed the data and her views are now widely considered to be the "correct" ones in the scientific community. I never finished that Ph.D., but I still try to emulate how she focuses on what the data actually shows and doesn't ever try to get it to conform to some sort of common-sense or expected point-of-view.
How do you get out of a creativity or productivity rut?
I go on a walk.

What advice would you give to the PR industry around embracing innovation?
Follow the data. If our industry looked more carefully at media consumption trends (or at least took them to heart), we'd stop doing half of the stuff we do today (at least in agencies) and start focusing on how we connect our clients to audiences that are really relevant to them.
In your opinion, what's the most innovative place in the world?
SF Bay Area, for now at least.
What's your favorite hobby that's not work-related?
Cooking. Preferably outdoors. 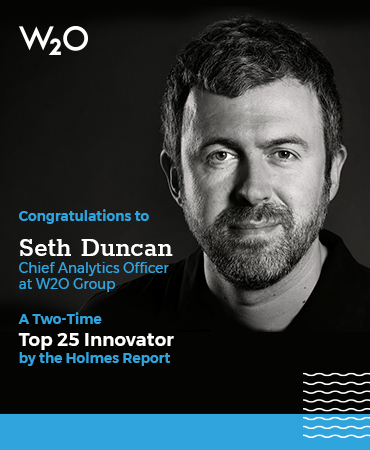