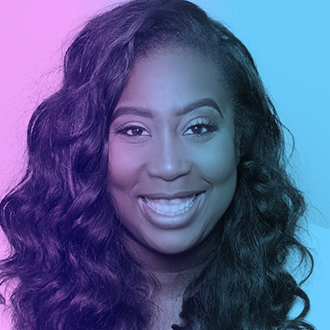 "Embracing diversity in experiences is an essential part of building a team that consistently delivers breakthrough work and has been the cornerstone of the most successful marketing teams."

Like too many industries, Hollywood's track record on diversity is discouraging, so it speaks volumes that Erika Bennett spends her days showing studios and networks how important black audiences are to their success. She drives consumers to share "life moments" from entertainment — an approach she's taken for hits including black-ish, Straight Outta Compton, Fast and Furious and The Wiz Live! among many others. Beyond helping to secure record-breaking audiences for these programs, Bennett's work is contributing towards broader change in Hollywood. After all, more diverse audiences means more stories being told from more diverse points of view.

Where are you from/hometown?
Seattle, Washington

Where are you based now?
Los Angeles, California

In what area of marketing/PR do you see the most innovation?
I actually think innovation is happening at the intersection of social media, creative storytelling and influencer engagement - each plays an important role in innovation rather than one stand alone category.

In my line of work, it is all about how we use each to tell a story that gives audiences a reason to buy-in. The role of content, social platforms and influencers represents a symbiotic ecosystem and each are interdependent and work together, in my experience, to deliver on some of our most successful multicultural marketing campaigns. It starts with the story and content (which remains king) to connect to consumers, but just as important is where that content “lives” (the platform) and how we work with the right champions (influencers) who have an authentic and relevant voice that socialize and amplify the content - so it scales to reach a broader audience. When all three are working together, we experience the “magic” of trending topics, viral content, media blitzes and most importantly, audience engagement and action.

How would you describe the communications/PR industry's level of innovation?
About the same as other marketing disciplines. Overall, I think the PR industry is on par with how marketing is innovating. Given how fast culture is evolving, all marketing disciplines are challenged with continuing to forge meaningful (and mutually beneficial) brand consumer relationships, and what worked yesterday likely won’t work today, or tomorrow. It's important to note however, PR has, at its core, been a discipline of earned media. As such, understanding consumer insights and translating those into consumer engagement that ultimately invokes action (purchase, adoption, advocacy, etc.) requires more ingenuity at times. In multicultural marketing specifically, authenticity is paramount to successful engagements and earned media is a great point of connection because it's not the brand (or the film) dictating to the audience, but rather the use of advocates across the media spectrum to help evangelize a particular product, service or entertainment property that can be most impactful.

What is most important for the PR industry to do to foster more innovation?
New hiring practices/criteria. Embracing diversity in experiences is an essential part of building a team that consistently delivers breakthrough work and has been the cornerstone of the most successful marketing teams. It is something I value within my own team tremendously. Perhaps the best person for the job has a psychology degree or one in history. I think it’s important to continue to evolve the criteria for what a “great marketer” could be and instead embrace varying perspectives and non-traditional educational backgrounds that could lead to a workforce that that defies the traditional, rejects what is commonplace and obliterates the proverbial box out of which we seek to think.

How do you define innovation?
Innovation is about disruption that ultimately champions positive and lasting change. The key is that the innovation creates value in a way that enhances the experience of others.

Most innovative PR/comms campaign you've seen in the last 12 months?
I am a big fan of campaigns that are transformative, that challenge convention and that incite a dialogue that ultimately moves culture forward. On the film side, I think the "Straight Outta" Campaign that Universal Pictures executed in partnership with Beats by Dre on behalf of the critically acclaimed film STRAIGHT OUTTA COMPTON, comes to mind as one such example. I’m a little biased as we also worked on the campaign. What I loved so much was that it was a simple call to action that was universally embraced by generations of consumers from all over the world, because it was ultimately an expression of a shared human experience -- the celebration of the pride one has for "where they are from." That campaign propelled the film into popular zeitgeist in a way that transcended traditional marketing for a film and united a broader community. On the brand side, I loved Always' #LikeAGirl campaign, which challenged traditional convention and stereotypes about women –and young girls in particular. It wasn’t about a product but more so about sparking a dialogue and re-defining and re-writing the rules in the process.

What brands and/or agencies are most innovative when it comes to marketing/PR?
There are several brands that are doing amazing things in the space. Shea Moisture, Under Armour and Apple immediately come to mind.

Describe a moment in your career that you would consider 'innovative.'
Probably the time we "re-imagined" the cast of a film to unlock the African American market. In 2015, we were tasked with connecting the African American audience to studio tent pole, FIFTY SHADES OF GREY, which did not prominently feature an African American character in a lead role. To do so, we tapped into current urban vernacular #BAE as a way to theme out a multi-layered influencer campaign to target the most socially conversant segment of the female audience.  The #Bae campaign featured photos of social influencers and celebrities shot in greyscale by celebrity photographer Lance Gross and that were inspired by the sexy thematic elements of the movie. We carefully curated the influencers to drive mass social advocacy and buzz while generating incredible earned media that spanned not just across African American media, but also, crossed over into popular mainstream media to propel the movie to a huge opening weekend. While the film as a whole was wildly successful, the African American segment of the box office, in particular, was an over-performer for the studio.

Something — not PR/marketing related — that is innovative.
There are incredible strides that continue to be made in the VR space. I think the adoption of the technology across a spectrum of industries from gaming to the entertainment industry highlights the vast potential of this technology.

Please give our readers an idea of something that can inspire innovation — this can be a book/movie/podcast/activity/article.
I recently took a trip to a theme park - with three kids under the age of eight, no less! As they took turns "freezing" and "unfreezing" me with Harry Potter wands, and we shared a donut the size of my forearm, I realized that enduring the hyperbole that is inherently an amusement park with kids whose imaginations were limitless was an incredibly invigorating experience. It was an amazing reminder that innovation happens when we release the constraints of what "is" and fully embrace the notion of what could "be".

Least favorite time of day?
After lunch. Always. There is just not enough caffeine in the world at that time of the day. I really enjoy the quiet moments of early morning to read the news, reflect, express gratitude and set the agenda for the day.

Most innovative place in the world? This could be a city, a venue, a neighborhood, etc.
I believe that innovation can happen anywhere – to me, it’s more about being tapped into a state of being and not being tethered to any one way of thinking for the sake of following a playbook. In that way, the most innovative place, or the place that inspires innovation, could be broad – from Silicon Valley to the shower, to Black Twitter. I try, when possible, to be present, open to varying perspectives and to have a voracious appetite for the study of human behavior. 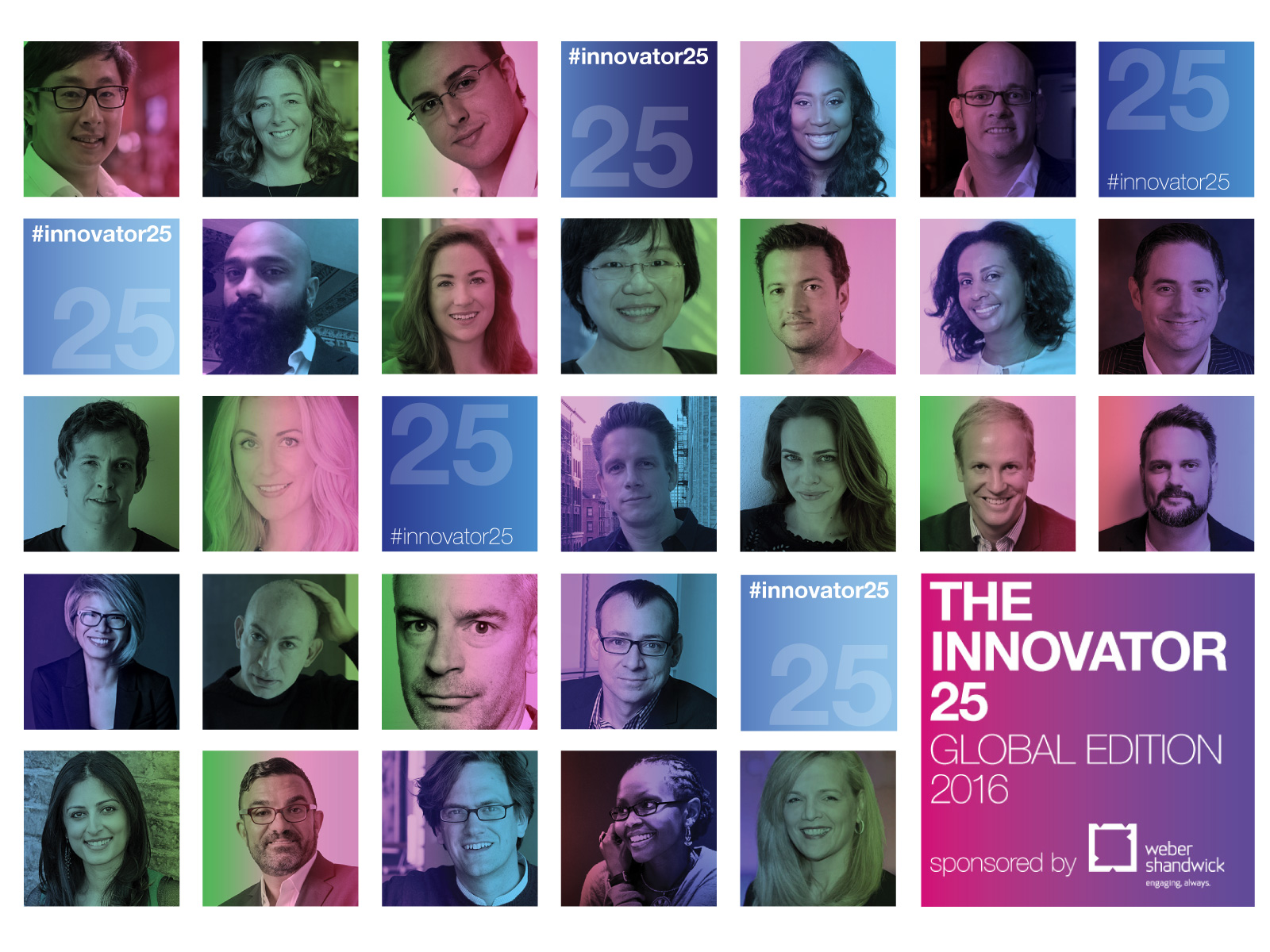