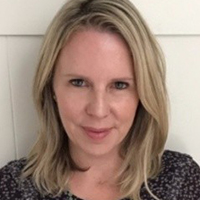 After nearly 15 years with the high-profile media relations shop Brew, Dena Cook joined Mattel last year as its communications chief, reporting into CEO Ynon Kreiz. The toy company has actually seen a boom in sales during the pandemic as parents are searching for ways to keep homebound kids entertained.

Cook oversees all external and internal communications, with responsibility for managing and executing on Mattel's corporate communications strategy across global audiences. Kreiz has praised Cook for having “successfully developed and driven corporate narratives for partners, built and inspired agile, high-performing teams and executed flawlessly on major initiatives that align with business goals.” He also noted Mattel’s ongoing transformation into an “IP-driven, high-performing toy company.”

She will be in the role until September this year, when after a reasonably short tenure she leaves to join new investment fund Reinvent Capital, founded by entrepreneur Mark Pincus, known as the founder of pioneering mobile social gaming company Zynga in 2007; he was also a founding investor in Napster, Facebook, Snapshat, Xiomi and Twitter. Cook and Pincus worked together previously when she was CEO of Los Angeles media relations agency Brew and Zynga was a client.

Before joining Brew, which was acquired in 2016 by London-based communications consultancy Freud Communications, Cook had roles at Zeno Group and FleishmanHillard.