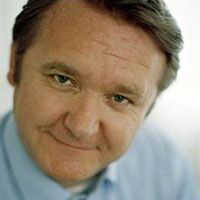 After many years agency-side, Anders Bylund was named head of group communications at Ikea parent Inter Ikea Group in mid-2011. In 2016, following a corporate restructuring, he took on the same role on the senior management team at Interogo Holdings, which oversees Ikea’s investment businesses; this includes a move into clothing, as it took a stake in high-street retailer H&M in October 2018.

Before joining the global furniture and home products company, Bylund spent more than a decade with Burson-Marsteller, including as its CEO and chairman in Sweden, and as head of the EMEA crisis practice.

The retail group, known for its renewed focus on sustainability throughout its supply chain and operations, was most recently in the news after launching a record player collab with Swedish House Mafia, it’s first own-brand turntable to hit the market since the 1970s.

Can you share a moment in your career when you saw PR's direct impact on business performance?
The key role communications played in structural transformations over the last six years, to support contextual understanding, meaningfulness and business performance.

What have you most admired about this industry over the past year?
Overall, a strong and honest commitment to address the climate crisis and help drive needed transformation.

What has most disappointed you about this industry over the past year?
Still not enough, and too much focus on external climate communications instead of driving business transformation.

How have you switched off from work and maintained wellness over the past year?Playing with my grandchildren.

Which book/movie/TV show/podcast/playlist/other cultural source has helped you get through the past year or provided inspiration?
Brev till mannen, by Bianca Kronlöf (Hopefully in English soon. All boys and men should read it.)

If I wasn't working in marketing/communications, I would be...
Missing it a lot.