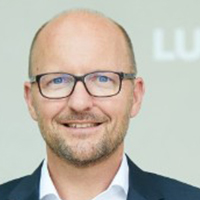 Having spent four years in media relations and corporate communications for Deutsche Bank, Andreas Bartels was familiar with the pressure of being responsible for the reputation of one of Germany’s largest and most respected companies before he joined national airline Lufthansa as media relations chief in 2007. But nothing in any other sector could have prepared him for the crisis that struck when a pilot for low-cost Lufthansa brand Germanwings flew his plane into side of a mountain in March of 2015.

Bartels was at the right hand of Lufthansa CEO Carsten Spohr during the aftermath of the crisis, reaching out to victims’ families, taking a progressive attitude towards regulatory and safety changes, and protecting the company’s reputation. More recently the company faces the challenge of moving forwards after two Covid-ravaged years. For Bartels however the biggest challenge facing the comms industry as a whole remains sustainability and aligning it with company goals in a credible way.

Bartels was previously press spokesman at the Niedersächsischer Sparkassen-und Giroverband and subsequently at Comdirekt bank before moving to Deutsche Bank in 2002, serving as director and head of press and media relations in the private and business clients division.

Can you share a moment in your career when you saw PR's direct impact on business performance?
The aviation crisis during the pandemic.

What are the communications industry's biggest challenges and opportunities in the year ahead?
Global warming and sustainability.

What have you most admired about this industry over the past year?
The speed of change.

What has most disappointed you about this industry over the past year?
Missing acknowledgement of change.

How have you switched off from work and maintained wellness over the past year?
Sports – but definitely not often enough.

Which book/movie/TV show/podcast/playlist/other cultural source has helped you get through the past year or provided inspiration?
Several playlists, not one specific one.

If I wasn't working in marketing/communications, I would be...
A founder.