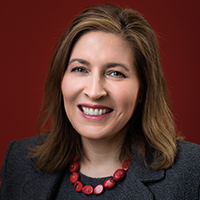 Since taking charge of Coca Cola's communications function in 2017, Bea Perez has ushered in a more engaging era for the soft drinks giant's public relations efforts, at a time when it is under scrutiny like never before. More recently, she’s implemented flexible Fridays among her team, encouraging everyone not to schedule meetings and to log off earlier than usual to focus on family, wellbeing and priorities outside of work.

Having served as chief sustainability officer since 2011, Perez understands the challenges better than most, but remains tested by Coca-Cola's continued ability to make headlines when comments are taken out of context.

Perez’s career with Coca-Cola spans more than two decades, and since May 2017 has included the iconic company’s communications responsibilities. Perez leads an integrated team across public affairs and communications, sustainability and partnerships. In this role, she aligns a diverse portfolio of work against critical business objectives to support brands, communities, consumers and partners worldwide.

She continues to oversee the company’s sports and entertainment assets including partnerships with the Olympics, Special Olympics and FIFA, as well as leading strategic and operational efforts for the company’s retail, licensing and attractions assets. Reducing the company’s environmental impact has risen to the forefront under Perez’s watch, with the goal of recycling the equivalent of every bottle or can sold worldwide by 2030.

Perez served as the company’s first chief sustainability officer from 2011, developing and leading progress against global sustainability commitments, with a focus on water stewardship and women’s economic empowerment. Before this, she was CMO for Coca-Cola North America, where she built brands by developing some of its most historic relationships, including with American Idol and NASCAR.