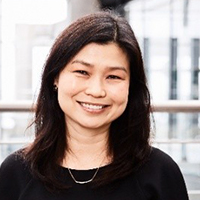 Leong’s tenure at Schneider has seen the company emerge as a leading digital partner for sustainability and efficiency, with business objectives that are mapped against UN Sustainable Development Goals, and ambitious targets in terms of CO2 emission reductions and green electricity provision by 2025.

Leong made the shift to client side after more than a decade with advertising agencies in Asia. As she has said in previous interviews, Schneider is “the world’s biggest invisible brand”, helping Leong articulate the company’s ‘Life is On’ positioning, while also overseeing a global operation that aims to properly communicate the company’s sustainability credentials.