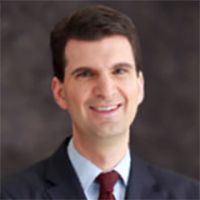 It’s increasingly common for major corporations to turn to the world of politics for senior communications talent, but it is still relatively unusual for a company to look to city government, which is where Edward Skyler made his name. The fact that New York, where Skyler served as deputy mayor for four years, is Citi’s headquarters was less important, though, than Skyler’s impressive performance first as press secretary to Michael Bloomberg and later as deputy mayor for administration and operations.

Skyler had worked in public affairs at Bloomberg for a year before joining the Bloomberg for Mayor campaign in 2001, at the age of 28. He became one of the businessman-mayor’s closest advisors and was the youngest individual ever named a deputy mayor in New York.

At Citi, he reports directly to the CEO and oversees a host of reputation-related functions, including communications, government affairs, marketing, sustainability/ESG, community investing and development and Citi’s compliance with the Community Reinvestment Act. He also has responsibility for corporate operations including the company’s aviation, client and internal event management and conferencing units, and chairs the Citi Foundation. He also shares leadership of investor relations, regulatory affairs, and environmental and social risk management.