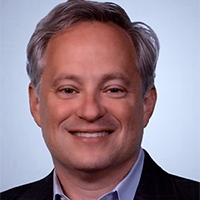 Jonathan Adashek joining IBM as its chief communications officer in January 2020 was one of the biggest industry people move stories last year. Assuming one of the business world’s highest profile communications jobs following the departure of Ray Day, Adashek stepped up to lead a department that Day purposefully upended upon joining the company two years earlier, including overhauling IBM’s longstanding PR agency relationships, in an effort to rally the flagging business.

Less than two years into the job, Adashek overhauled the company’s comms function, dividing the team into groups focused on different parts of the tech giant’s business. Under the campaign-driven approach, IBM’s in-house communicators — who have traditionally supported initiatives across the business — now focus on just one of five areas: AI, hybrid cloud, quantum and innovation, good tech, and business growth. Previously, assignments were handled on more of an ad hoc basis. All of which is in keeping with Adashek’s goal of having the function reflect the future of the 109-year-old technology giant as it positions itself as a 21st century computing company and ensuring that the comms team is “in lockstep with the business and the CEO’s priorities.”

Adashek joined IBM after departing his post as global communications lead for the Renault-Nissan-Mitsubishi Alliance, where he reported to chairman Carlos Ghosn prior to his arrest and subsequent escape from Japan to Lebanon. He took on the Alliance role in Paris in early 2018, after previously serving as Nissan's chief communications officer in Yokohama. He joined Nissan in 2015 from Microsoft, where he was the GM of communications strategy. Before that, he was EVP of Edelman, where he served as a global client relationship manager.

Can you share a moment in your career when you saw PR's direct impact on business performance?
As a communications leader, my goal is to be tightly aligned with, and in service of, the business. PR is most essential to companies when we help create a favorable sales environment. A memorable moment was working closely with the sales team on prospect mainframe deals last year. Our team created a byline on banking modernization and the importance of the mainframe in digital transformation. Then drove targeted outreach to media along with paid social where those deals were: Australia, Brazil, China, Taiwan, Germany, and the US. We got 145 stories on that topic. The best part? Most of those deals signed. We cannot take all the credit for it, but we definitely had an impact…helping our sales teams get to where they needed to be.

What are the communications industry's biggest challenges and opportunities in the year ahead?
As we move from pandemic towards endemic, new challenges – and solutions – will continue to arise. Our biggest opportunity and challenge, especially for comms, is adaptability. Working on getting back some of the muscles we have lost is going to be key in the next year. Stretching the in-person, face-to-face muscle again. Coming back to the office more frequently, executing in-person events, and driving incredible client experiences. When a team comes together, there's almost nothing that can't be overcome, resolved or tackled.

What have you most admired about this industry over the past year?
Our ability to quickly respond and, in certain cases, anticipate what was coming, staying one step ahead of the message. That's not an easy thing to do, especially in a climate like this. But that’s the challenge we as communicators face every day. Adaptability is key as messages change rapidly, as do the channels for delivering those messages. And as a profession, we got even better at what we do, through practice – day-in and day-out.

What has most disappointed you about this industry over the past year?
I would have to say our industry's progress on diversity. Although a lot of progress has been made, it continues to be painfully low. We have an important role in keeping the conversation going, but an even more crucial one in taking action. Rather than making D&I an afterthought, our industry needs to adopt a systematic, business-led approach to inclusion. Those who can effect change need to roll up their sleeves. Otherwise, it's all just lip service.

How have you switched off from work and maintained wellness over the past year?
Family!

Which book/movie/TV show/podcast/playlist/other cultural source has helped you get through the past year or provided inspiration?
All Wisconsin sports and – I know I am late but – Ted Lasso.

If I wasn't working in marketing/communications, I would be...
A concert promoter.