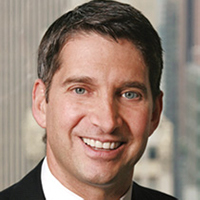 A 30-year veteran of JP Morgan’s in-house communications department, Joe Evangelisti’s credibility with the financial media and other key stakeholders was an invaluable asset when observers began questioning the viability of some of the most hallowed names in the financial sector in the wake of the financial crisis that brought down Lehman Brothers and threatened so many others.