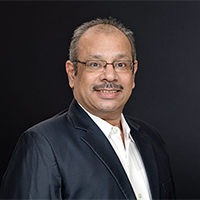 Khalid Al-Mulhim was appointed as vice president of corporate affairs of the world’s largest oil producer, Saudi Aramco, in April this year. Having been with the firm since 1981, Al-Mulhim is no stranger to the firm – which recently, albeit briefly, overtook Apple as the world’s biggest company, with a market cap of $2.2 trillion – being under intense scrutiny from shareholders and stakeholders. This can only increase with the global energy crisis and pressure on companies in this sector to step up their efforts to combat climate change and be crystal-clear about ESG action.

Before his recent elevation, Al-Mulhim served as executive director of corporate affairs, and before that was general manager for government affairs from 2013 until 2021, directing the company’s engagements with government entities in response to changes taking place in the kingdom and the global energy market.

In his new role, he is responsible for the company’s interactions with government entities, NGOs and foreign diplomatic representatives. An industrial management graduate, Al-Mulhim also oversees the company’s land affairs, regulatory affairs, and translation and correspondence functions.