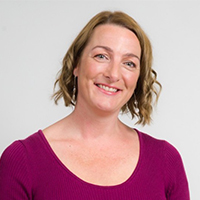 An exceptional communications and policy leader with a track record of success at the highest levels of UK business and government, Lisa Tremble joined British Airways last summer as director of corporate affairs and sustainability, after more than three years in the same role for insurer Direct Line Group.

Tremble now sits on the airline’s management committee, reporting directly to chairman and CEO Sean Doyle, and works closely with the government affairs team at BA’s parent company, International Airlines Group (IAG). It is worth noting that Tremble’s new title includes corporate affairs rather than communications (as was the case for predecessor Louise Evans, also featured in this year’s Influence 100), as BA seeks to rebuild its reputation post pandemic among regulators, policy makers and customers. This is proving a challenge, as BA struggles, along with other airlines, with painful operational and staffing issues.

Before joining Direct Line, Tremble had been director of external affairs at leading law firm Mishcon de Reya since 2013. In 2010, she ran David Miliband’s leadership election campaign for the Labour Party and before that was a parliamentary special advisor. She has also been a director at public affairs firm Lexington Communications.