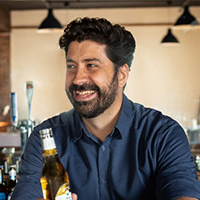 In April 2022, Anheuser-Busch InBev tapped Marcel Marcondes, then global president of the company’s Beyond Beer division, to serve as global CMO. In doing so, the world’s largest brewer put the charge of marketing beer — long criticized for being exceedingly masculine and portraying women poorly — in the hands of a company vet who has made DE&I a hallmark of his decade-plus tenure with the company.

Leading with purpose is a strategy Marcondes honed during his five years as AB InBev’s US CMO, driven by the belief that diversity of thought and background is key to engaging consumers. AB brands were behind three of the eight 2021 Super Bowl ads (out of a total of 87) directed by women or people of color. Marcondes’ experience in the beer industry date back to 2005, when he joined Brazil’s Ambev (now owned by AB) as a marketing director. He also served as GM of the brewery’s World Cup program and global VP of Corona & new brands.