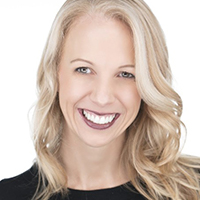 When LinkedIn CMO Shannon Stubo Brayton left the company at the end of 2019, she ended a nine-year run that saw her emerge as one of the few senior communicators to lead an integrated marketing function. Melissa Selcher, who had been groomed for the role for years, then stepped into the highly-watched position in 2020.

Soon after Selcher took over, the pandemic hit and LinkedIn became another tech darling forced to shed jobs, cutting 6% of its workforce because companies were scaling back on their job postings and recruitment services. But the company quickly rebounded as did the job market and in October, LinkedIn launched a new brand campaign “Let’s Step Forward” around taking small steps to make career progress, which included its recent #OpenToWork banners.

Selcher joined LinkedIn in 2016 from Cisco, where she had spent eight years, rising to the role of chief communications officer. She thrives on the front line, creating relationships and meaningful work to build and protect brands.