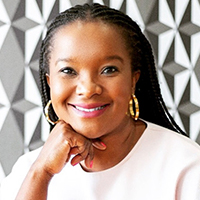 Nontokozo Madonsela, one of our EMEA Innovator 25 for 2019, is known as something of a firebrand in the South African marketing world. Her 21-year career has been defined by an uncompromising commitment to delivering smart, innovative and memorable marketing across a range of industries.

For the past five years, she has been group chief marketing officer at Momentum Metropolitan Holdings, the fourth largest insurance group in South Africa, where she has developed a new marketing strategy, working with new agency partners, to support and reposition the group’s brands as they reset themselves for future growth after their 2010 merger. Her leadership – and her insistence on bringing a modern FMCG mindset to a traditional industry – has helped to shift the organisation’s culture, enabled Momentum to shift its messaging to connect better with customers, and ensured Metropolitan stays true to what matters to its customers.